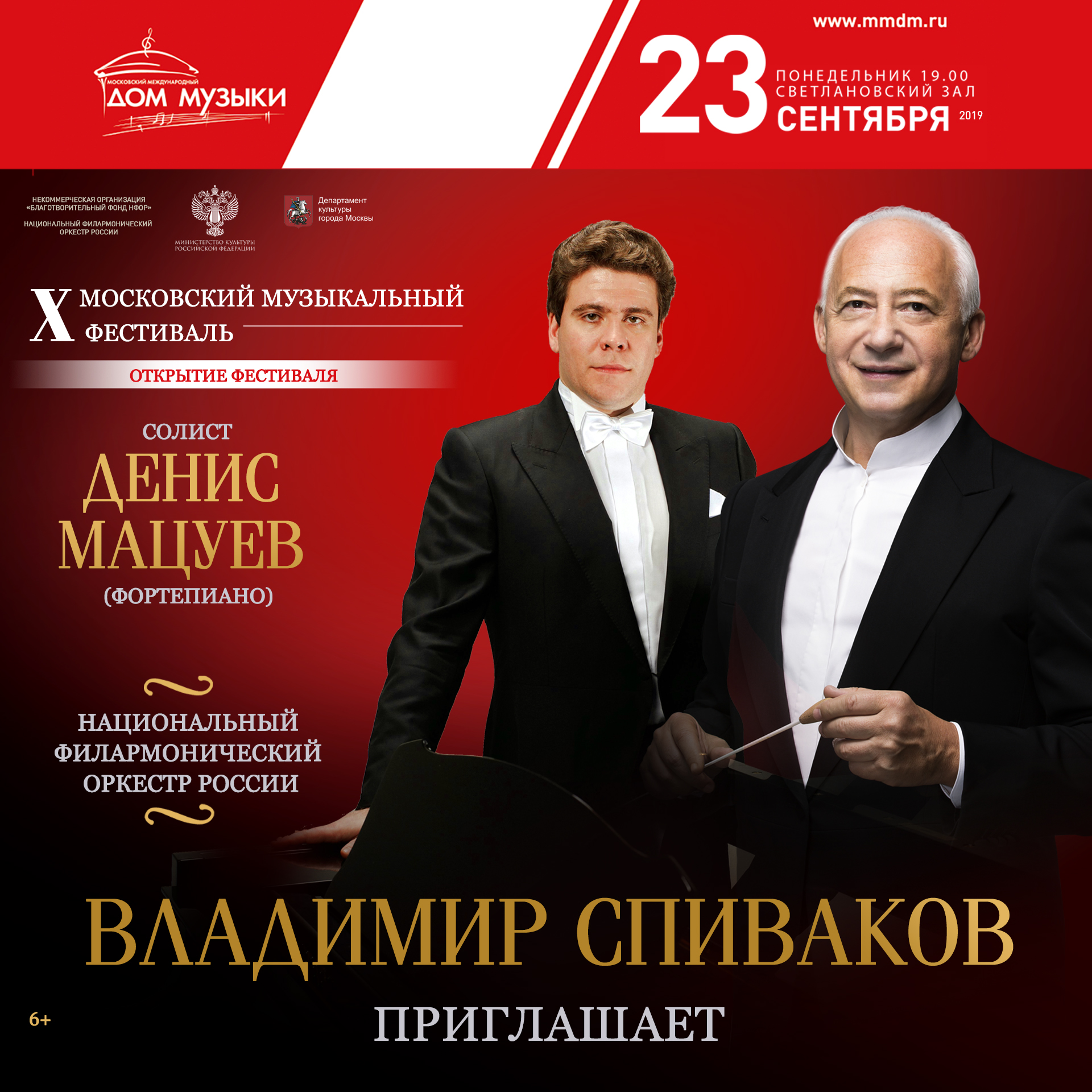 Vladimir Spivakov will open his Jubilee Moscow Festival in tandem with his long-time friend and artistic partner Denis Matsuev. The most titled, sought-after and many-faceted Russian pianist, whose title “People's Artist of the Russian Federation” is not a mere formality, Matsuev is truly loved by the public. For many years Vladimir Spivakov has been inviting to his Festival this charismatic soloist, whom he holds in high regard “for his phenomenal virtuosity, fiery temperament, breadth and power of his human and musical personality”. Denis reciprocates accordingly: “Spivakov is a great master of accompaniment: he finds most unique moments in the score not so obvious to a soloist with other conductors. It is worth a lot!”.

Denis Matsuev will play the solo part in the monumental Second Piano Concerto by Pyotr Ilyich Tchaikovsky. Tchaikovsky’s Concertos have a special place in the pianist’s repertoire. The brilliant performance of the famous First Concerto - a must for the finalists of the Tchaikovsky Competition - helped Denis to win this prestigious contest in 1998, which served as the springboard for his international career. In 2015, Matsuev became the first (and remains the only) pianist to perform all three Tchaikovsky's Concertos on one night. The CD recording of the first two Concertos was highly appreciated by critics and in April 2014 was claimed the “Album of the Month” by the influential British magazine Gramophone. “Tchaikovsky was the first strong musical impression in my childhood,” the pianist says. “And I believe that all three of his Concertos are gems, not just the First.”

In the second part of the concert, directed by Vladimir Spivakov, the Third Symphony by Sergei Rachmaninoff will be performed - one of the most beautiful symphonic works ever, a genuinely national Russian masterpiece in the symphony-reflection genre created by the composer. “Rachmaninov was a genius of enormous proportions,” says Vladimir Spivakov. - He is one of the most beloved composers in the world, and for me personally - a guiding light. In his music one can always find something not heard or seen before, something abysmal. Every time I return to his music, it is a feast for the soul.”