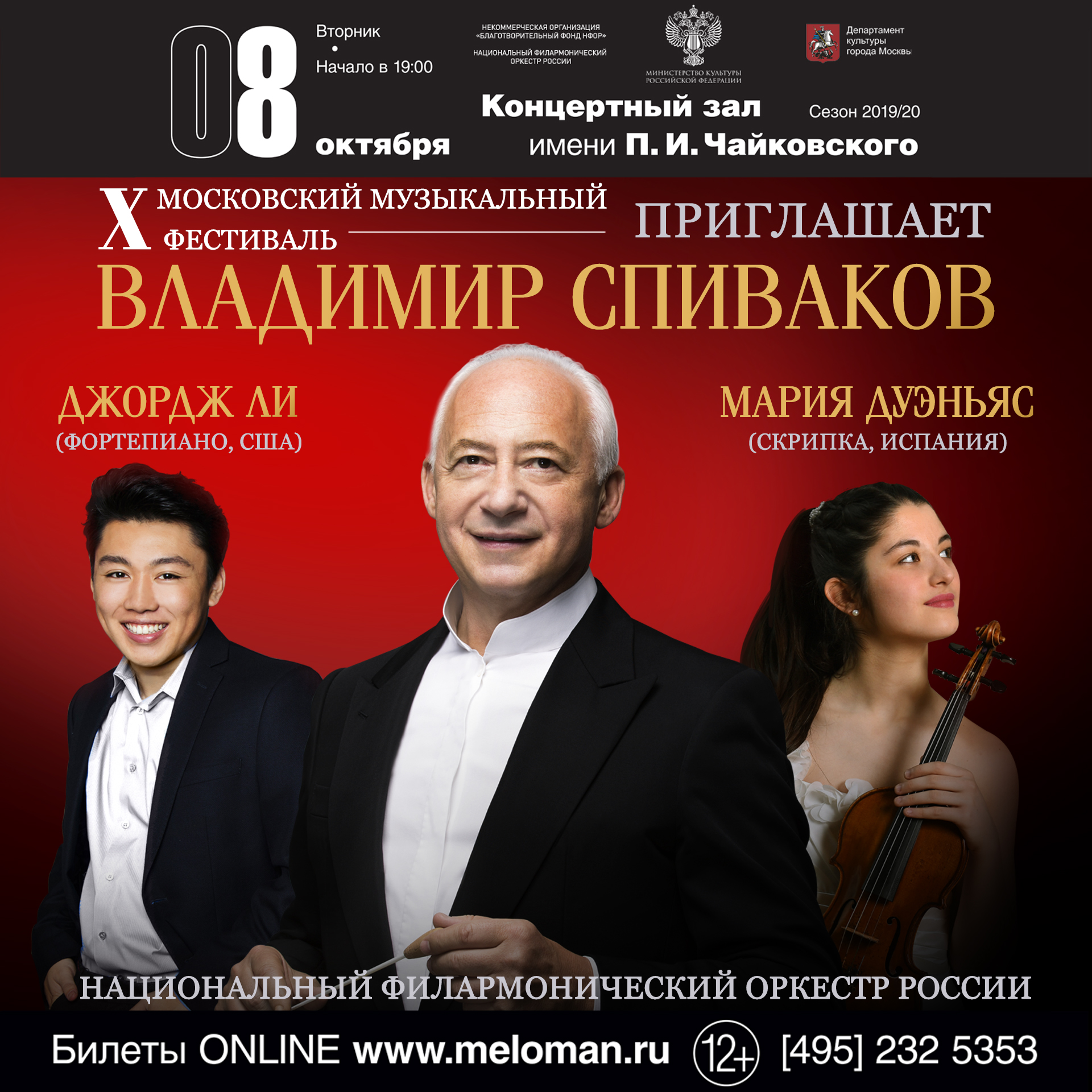 Vladimir Spivakov has always been very attentive to arising young talents and vividly taken part in their future development and performing activities. The Maestro believes that artistic communication enriches everyone. Thus Vladimir Spivakov has invited young musicians, who have already resonantly manifested their capacity with great wins at competitions, to take part in the Tenth Edition of his Festival.

The American pianist George Li gained large fame at the age of 20 due to his dazzling appearance at the XV International Tchaikovsky Competition in Moscow, where he got the Second Prize and the Audience Award. It is worth noting that one of George’s first mentors was the Chinese pianist Yin Chengzong, the silver medalist of the  Tchaikovsky Competition in 1962. Li was educated at Harvard and the Boston Conservatory of New England (teachers - Wha Kyung Byun and Russell Sherman). By the age of 19, he won prizes in several competitions and even played at Barack Obama's invitation in the White House at an evening in honor of Angela Merkel. But the Tchaikovsky Competition opened to him the way to  most renowned halls in the world. “He is a fantastic musician with unique magnetism, bringing a lot of positive emotions,” - said Martin Engström, founder and artistic director of the Verbier Music Festival. Denis Matsuev called George “a phenomenal virtuoso.”

María Dueñas, a 17-year-old violinist from Spain, is a pupil of the famous professor Boris Kushnir, with whom she studies in Vienna and Graz. Maria conquered Vladimir Spivakov with her brilliant performance at the Yuri Yankelevich Competition in Omsk, and then winning the Vladimir Spivakov Competition in Ufa. Both international jury teams recognized her outright dominance, adding new awards to her impressive list of past achievements. Prior to the Russian competitions,  María Dueñas had won contests in China, Italy, Belgium and Poland, while at the Kronberg Academy she was awarded the prestigious Landgrave of Hesse Prize and scholarships from the international organization Jeunesses Musicales in Madrid.