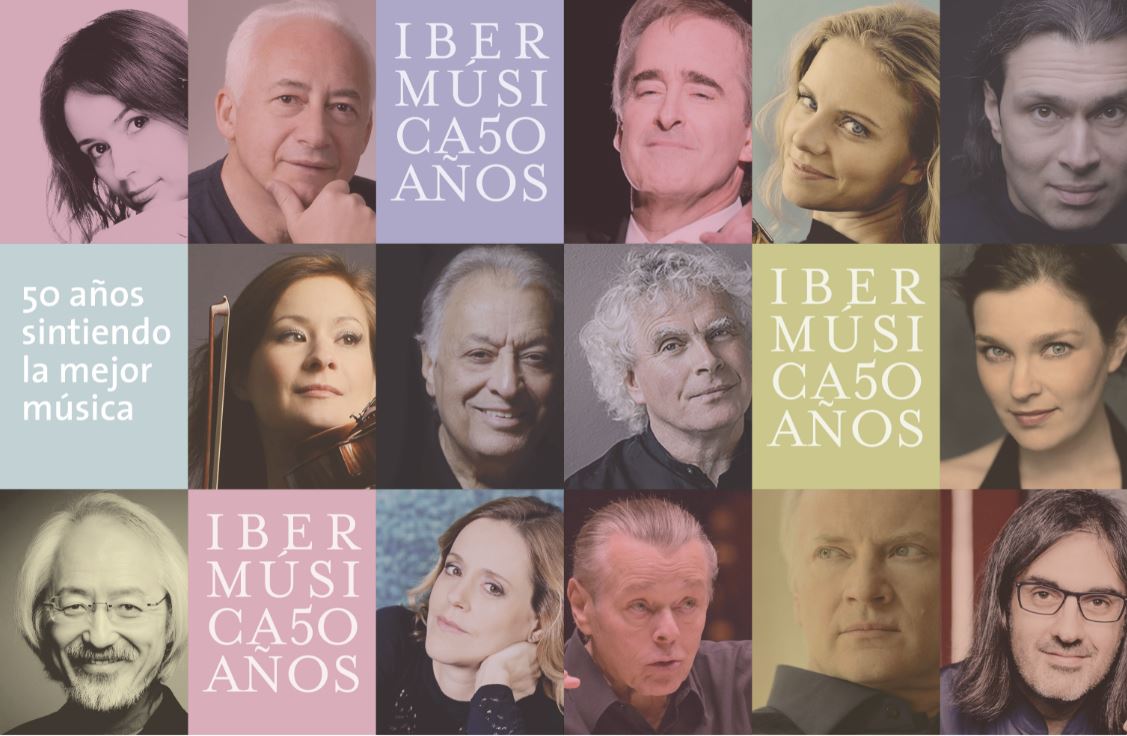 From November 4 to 7, Vladimir Spivakov and the National Philharmonic Orchestra of Russia will give three concerts in Spain: at the Auditorio de la Diputación in Alicante and the Auditorio Nacional in Madrid. The programs will feature works by Massenet, Paganini, Rachmaninoff and Tchaikovsky (see below); María Dueñas (violin, Spain) and Ivan Bessonov (piano), two rising stars of the world music, are also invited to participate in the tour.

The NPR's concerts in Madrid are part of the Ibermúsica monumental concert series which proposes performances of outstanding contemporary musicians and the world's best orchestras every year. In the 2019/20 season, the Ibermúsica Series, founded by the legendary impresario Alfonso Aijon (“a great large-hearted man” as Vladimir Spivakov says about him), celebrates its 50th anniversary. It was at Mr Aijon's invitation that the first Spanish tour of the Moscow Virtuosi Orchestra took place shortly after the ensemble had been officially formed in 1979. The National Philharmonic Orchestra of Russia performed for the first time in Spain within the framework of the Ibermúsica Series in March 2010: the concerts directed by Vladimir Spivakov were held in Madrid, Barcelona and Zaragoza. For European music lovers, the name Ibermúsica implies highest mastership and solid international reputation, and serves as a guarantee of quality and interesting approach to the repertoire.

María Dueñas, a 17-year-old violinist from Spain, is a pupil of the famous professor Boris Kushnir, with whom she studies in Vienna and Graz. Maria conquered Vladimir Spivakov with her brilliant performance at the Yuri Yankelevich Competition in Omsk, and then winning the Vladimir Spivakov Competition in Ufa. Both international jury teams recognized her outright dominance, adding new awards to her impressive list of past achievements. Prior to the Russian competitions,  María Dueñas had won contests in China, Italy, Belgium and Poland, while at the Kronberg Academy she was awarded the prestigious Landgrave of Hesse Prize and scholarships from the international organization Jeunesses Musicales in Madrid.

Ivan Bessonov is the winner of the Grand Prix of the F. Chopin International Youth Competition (St. Petersburg) and some other contests, such as the A. Rubinstein Competition (St. Petersburg), Astana Piano Passion (Astana), “Young Talents of Russia”. In 2015, he made his debut as a composer, writing the music for the documentary film “Varicella” by Viktor Kosakovsky, premiered at the International Film Festival “Message to Man” in St. Petersburg. In 2018, he became the winner of the Blue Bird contest on the Russia-1 TV channel and the Eurovision Young Musicians 2018 in Edinburgh. He took part in the European tour of the National Philharmonic Orchestra of Russia in Autumn 2018.