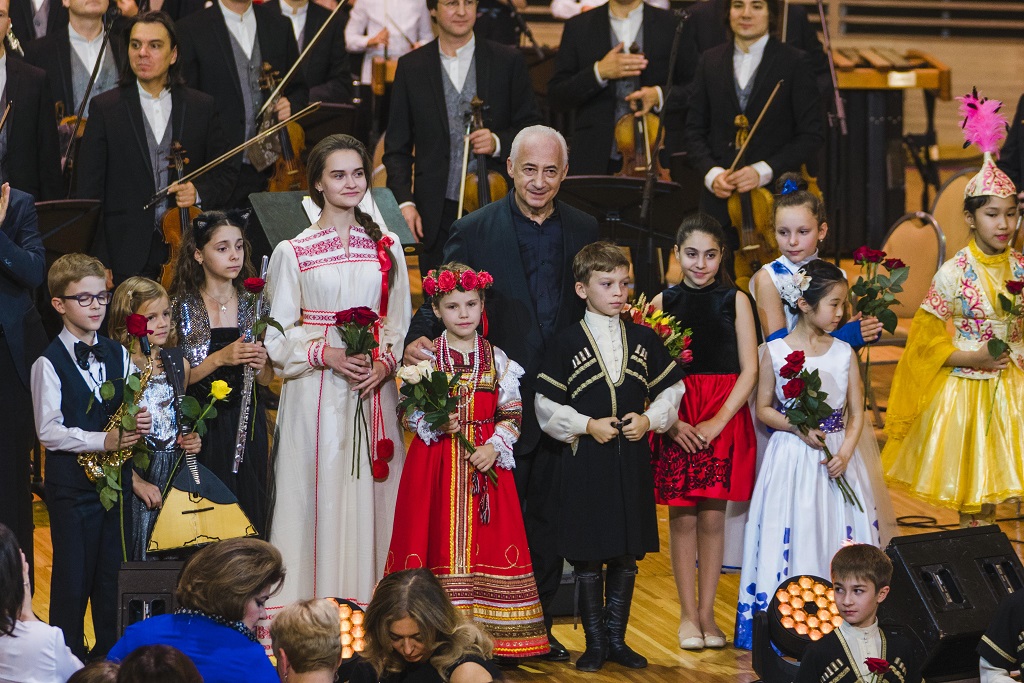 On November 25, the 16th edition of the International Festival “Moscow Meets Friends” will start at the Svetlanov Hall of the Moscow Performing Arts Centre, celebrating the 25th anniversary of the organizer of the event, the Vladimir Spivakov International Charity Foundation . “Moscow Meets Friends” is the Foundation’s largest project; this year it will run up until December 3 at various venues in the Russian capital. The Festival annually brings together young talented musicians, artists, dance groups and young circus artists from around the world.
The audience of the opening concert will watch a compelling and variegated program. At the Hall entrance, the guests will be met by young pupils of the Yu.V. Nikulin Circus Art Boarding School The first part of the concert will feature vocal and dance groups, while the soloists will perform in the second part.
Vladimir Spivakov, President of the International Charity Foundation, will award the “Mercy” Prize to the Festival's honored guest Eugene Chaplin, the son of the great Charlie Chaplin. The foyer of the Moscow Performing Arts Centre will turn into an exhibition of works of over 230 young artists from 8 countries and regions of Russia.
The “Moscow Meets Friends” Festival has been held since 2004 with representatives from around the world taking part in events organized in the best concert venues. This year, over a thousand talented children from fifty regions of Russia and 36 other countries will perform at the Festival. Famous musicians from Russia will give their master classes within the framework of the Festival.
The Festival is held with the participation of UNESCO and EMCY (European Association of International Youth Competitions).
The Foundation’s work in organizing the “Moscow Meets Friends” Festival was awarded the RF State Prize for Humanitarian Activities in 2012 and the Moscow Government Prize in 2013.