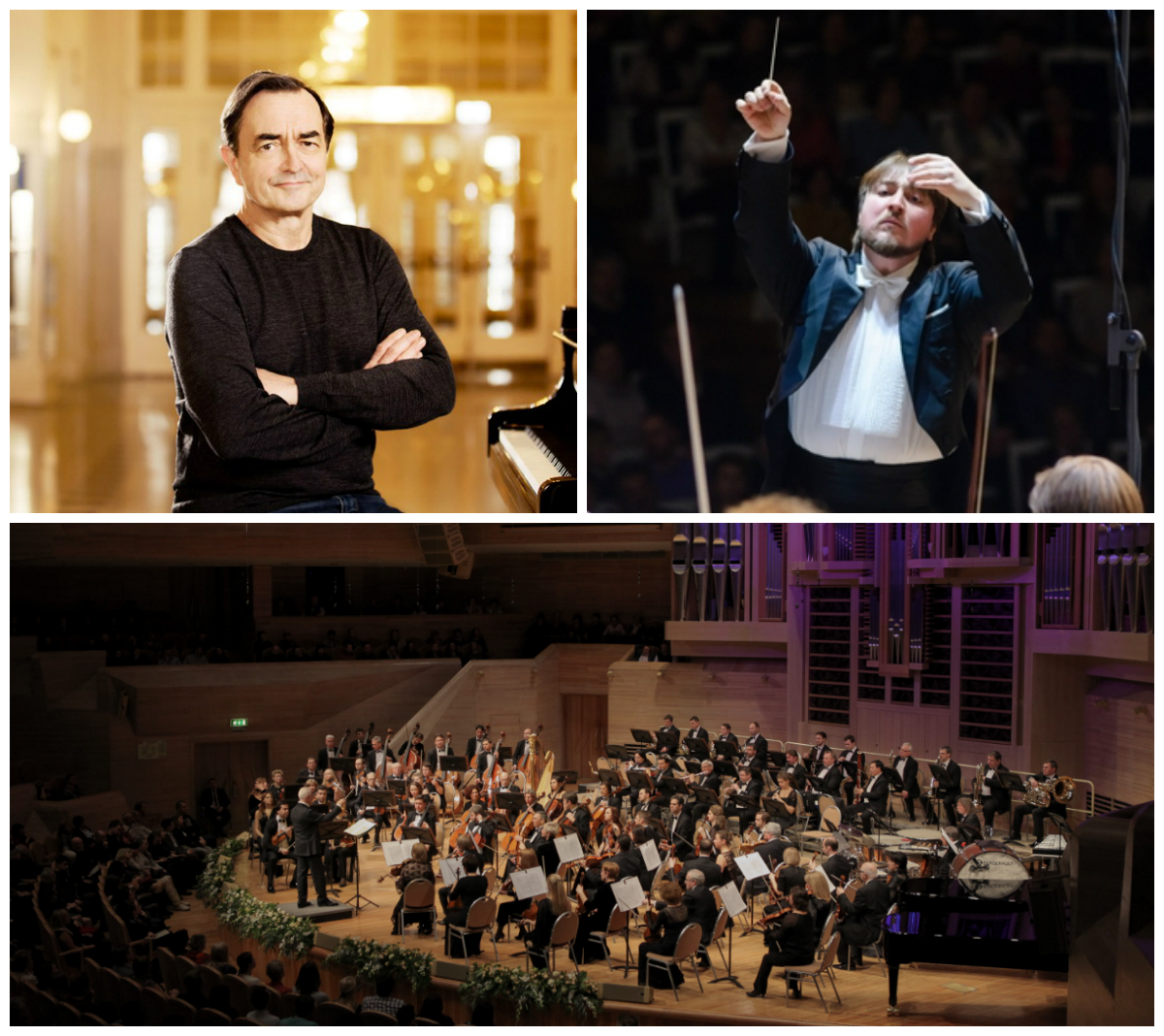 Pierre-Laurent Aimard, the outstanding French musician, famous as “the main intellectual among modern pianists”, who has brought to light and promoted numerous works of the twentieth century and who has also proved to be a stunning and defiant interpreter of the musical mainstream, will perform in Moscow in December. Aimard will give a recital in the Tchaikovsky Hall, and in a day he will appear at the same venue with the National Philharmonic Orchestra of Russia.

The program will feature works by Mozart (Adagio & Fuga KV 546 and Piano Concerto No. 25, the Viennese masterpiece written in 1786, much appreciated by Beethoven and from which Tchaikovsky borrowed a theme for the Pastoral in his opera “The Queen of Spades”), Kodaly and Bartók. Last year Aimard and the NPR already played the Third Concerto by the Hungarian classic. And now it is the turn of the Second Concerto considered to be one of the most difficult-to-perform work in the whole piano repertoire mainly due to its variegated polyphony. Famous pianists say that while learning this Concerto “the keyboard gets covered with blood” and “the hands become paralyzed”. Bartók himself admitted that the Concerto is very strenuous both for soloist and orchestra.

The artistic collaboration of Pierre-Laurent Aimard and the NPR started many years ago when Vladimir Spivakov invited the French pianist to the Music Festival in Colmar. In 2010, the first joint performance in Moscow took place, since 2017 they become regular. Konstantin Khvatynets, a former member of the NPR's training programme and now the Principal Conductor and Music Director of the "Moscow Operetta" Theatre, will be on the conductor podium.

The brilliant international career of Aimard started in 1973 after his winning the Olivier Messiaen International Piano Competition (Concours Olivier Messiaen). Since that time every year he gives dozens of recitals, plays in ensembles, performs with the best orchestras of Europe and America. He has collaborated with the greatest conductors, directed major music festivals in California, London, Aldeburgh. For 18 years he had been a member of the famous Ensemble Intercontemporain founded by Pierre Boulez. Pierre-Laurent Aimard is one of the outstanding interpreters of the works by Olivier Messiaen and many other composers of the 20th century. He has participated in numerous premieres of the works by Pierre Boulez, Karlheinz Stockhausen, György Ligeti, George Benjamin, Steve Reich, Marco Stroppa, Elliott Carter, Péter Eötvös, Harrison Birtwistle, Julian Anderson, and others. The musician has collected many prestigious awards, including those for audio recordings - Grammy, Diapason d'Or, ECHO Klassik, and the Preis der deutschen Schallplattenkritik. For a long time he had collaborated with Deutsche Grammophon, while since 2017 he has been the exclusive artist of Pentatone Records which released his box-set with Messiaen's “Catalogue d'oiseaux” in 2018.