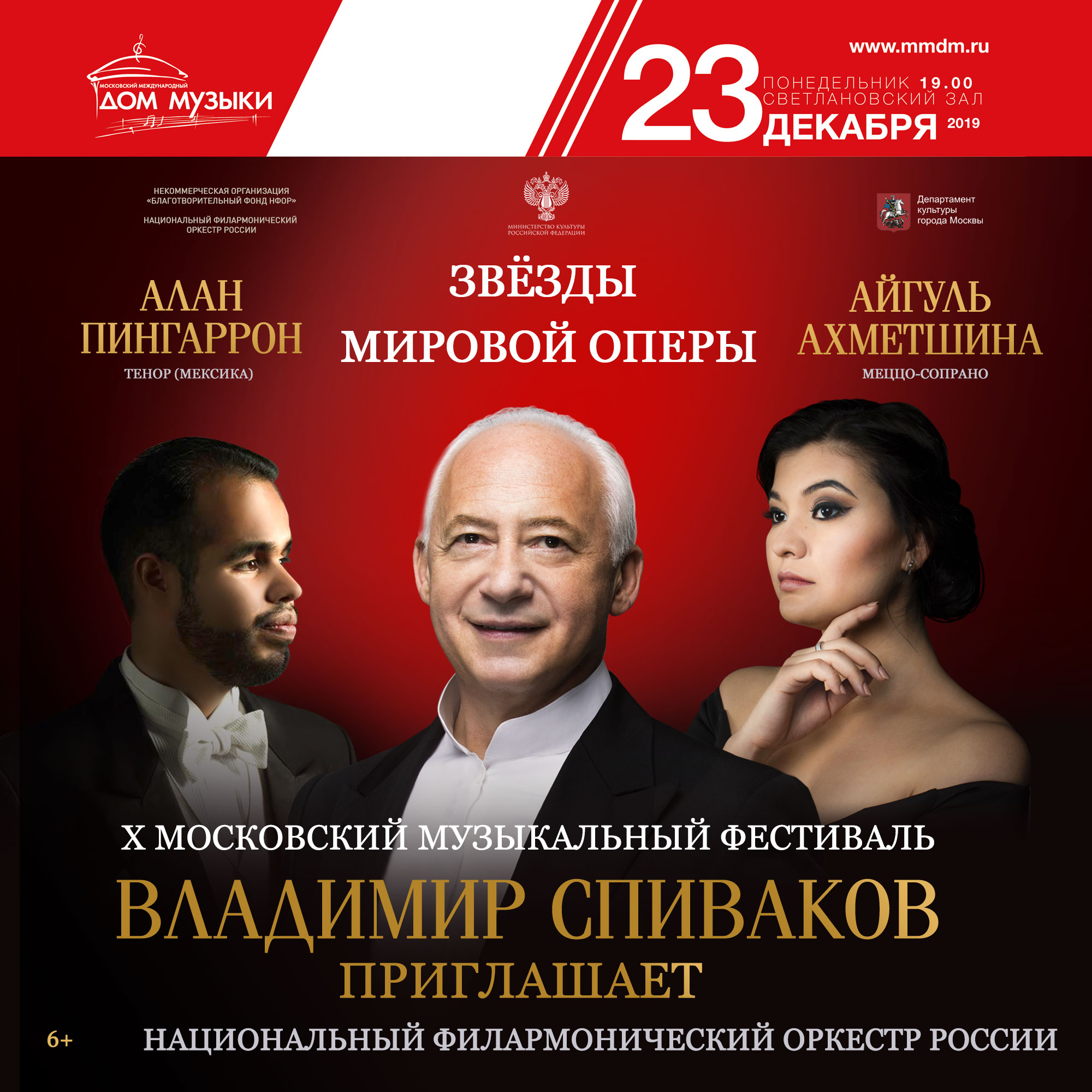 Sparkling and virtuoso Bel Canto, expressive Verismo, exquisite and sensual French opera – they all will be featured in the concert of the 10th edition of the “Vladimir Spivakov Invites...” Moscow Festival on the eve of Catholic Christmas. Singers Aigul Akhmetshina and Alan Pingarrón, Vladimir Spivakov and the NPR will unite their talents and mastership to set a festive atmosphere so that the audience may enjoy the night.
The Russian singer Aigul Akhmetshina became known in 2017, after winning the Grand Prix of the International Hans Gabor Belvedere Singing Competition. In the 2017/18 season, she joined the Jette Parker Young Artists Programme at the Royal Opera House (Covent Garden) and took part in several ROH repertoire performances (in Peter Brook's The Tragedy of Carmen she was given the main role). Her debut in the eponymous part in the new production of Bizet's Carmen was acclaimed as sensational. The singer's brilliant performance at the Opera Festival in Baugé (France) was followed by invitations to the Deutsche Oper Berlin , the Teatro Real in Madrid, the Wexford Opera Festival (Ireland) and the Israeli Opera. In 2018, she was nominated for the prestigious International Opera Awards.

32-year-old Mexican tenor Alan Pingarrón is a star in his native country. In 2010, the National Council for Culture and the Arts awarded him a special scholarship. The singer won the Francisco Araiza International Competition in Sonora, got the Second Prize and the Audience Award at the Opera Prima National Television Contest. In 2016, he got known also in Europe: he made his triumphant debut at the Konzerthaus Berlin in the concert of the Young Euro Classic Festival and was soon invited to the Jette Parker Young Artists Programme at the Royal Opera House. Blind from birth, the artist feels his vocation in creating different characters and embodying various roles by all vocal means of expression, using imagination. His idol is Luciano Pavarotti.