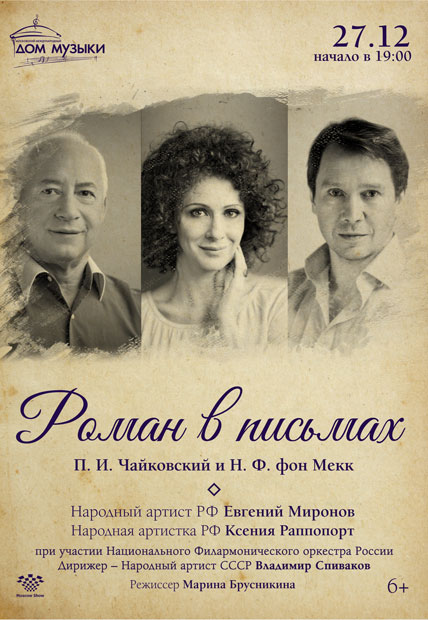 December 27, 2019 | Svetlanov Hall of the Performing Arts Center
“A Romance in Letters”
A Musical and Literary Composition based on P. I. Tchaikovsky's works and his correspondence with N. F. von Meck
Evgeny Mironov and Kseniya Rappoport, drama artists
Conductor – Vladimir Spivakov

“A Romance in Letters” is one of the most loved and sought-after programs of the National Philharmonic Orchestra of Russia, first presented in 2012 as a charity project and performed since every year. The idea of the production was suggested and then implemented by Marina Brusnikina, famous director and teacher, artistic director of the Praktika Theater, Honored Artist of Russia. 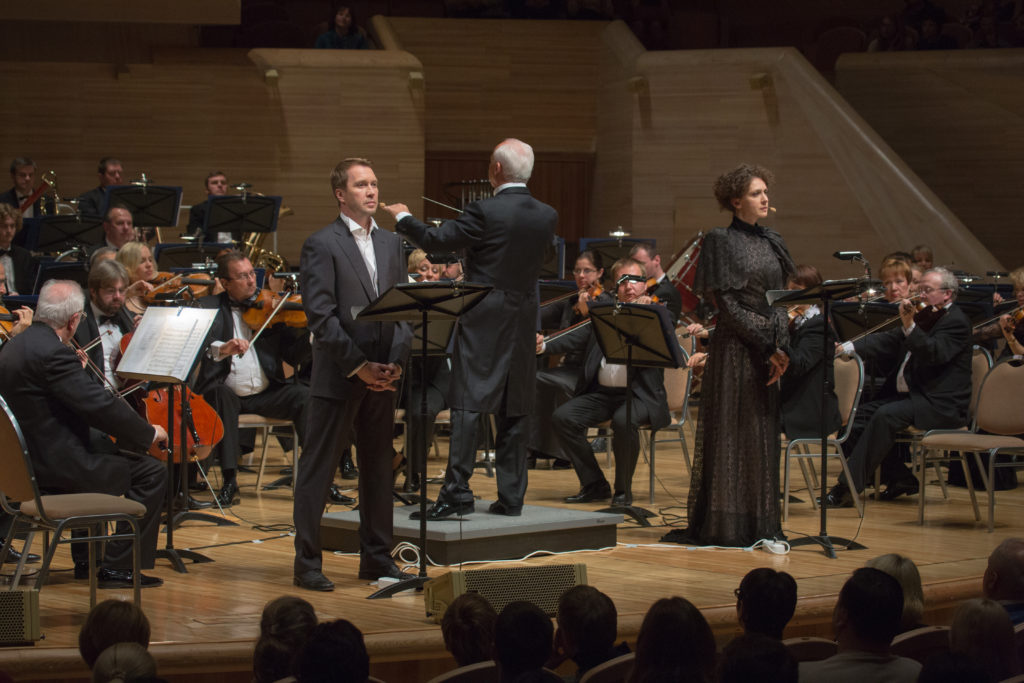 The program is based on the correspondence between great Russian composer Pyotr Ilyich Tchaikovsky and philanthropist Nadezhda Filaretovna von Meck, his devoted patron. They were not acquainted and never met. The relationship of these two amazing people, that came to notion thanks to their epistolary heritage, is an example of generous patronage in arts, spiritual kinship, mutual admiration for the gift of the other: the talent to create and the talent to empathize. Their correspondence is a chronicle of friendship, lasting for 13 years. People's Artists of Russia Evgeny Mironov and Kseniya Rappoport will read fragments from selected letters.

The National Philharmonic Orchestra of Russia has a very important part in the concert, playing under the baton of Vladimir Spivakov fragments from Tchaikovsky’s ballets Swan Lake and The Nutcracker, the opera Eugene Onegin, the Fourth Symphony, the fantasy overture Romeo and Juliet and the Children's Album cycle in the orchestral version.