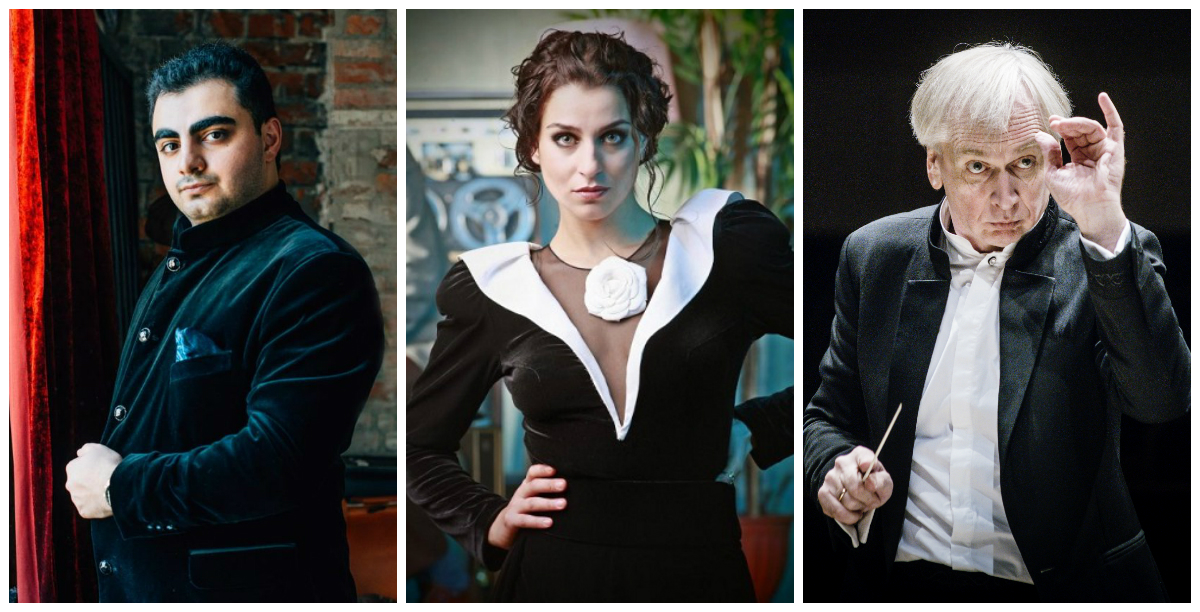 The National Philharmonic Orchestra of Russia will give its first concert in 2020 at the Moscow Zaryadye Concert Hall. Asmik Grigoryan (soprano) and Migran Agadzhanian (tenor), world opera stars, will appear on the stage with the collective which will be conducted by Gintaras Rinkevičius, the NPR's long-time artistic partner. The program of the night will feature fragments from well-known operas by Dvořák, Bellini, Verdi, Mascagni and Puccini, as well as orchestral miniatures by Lyadov and Massenet.

Asmik has been twice awarded the “Golden Cross of the Stage” (the main theatre prize of Lithuania) and won twice the International Opera Award: first as “Best Young Singer” (2016) and then as “Best Singer” (2019). In 2019, she also received the Austrian Musical Theatre Award in the “Best Role” nomination for her performance of the Salome part at the Salzburg Festival and was defined the “Singer of the Year” by the German magazine Opernwelt. Dmitry Hvorostovsky said about her: “An amazing actress. Love her, pay attention to her! She deserves it!”

Asmik Grigoryan’s partner this night will be tenor Migran Agadzhanian, a bronze medalist at the 16th International Tchaikovsky Competition (2019). “Perfectly aligned registers, calibrated notes, a sense of style and measure, self-control ... absolutely mature interpretations,” - the press wrote about Migran after the semi-finals. Agadzhanyan is not only a talented singer and a guest soloist of the Mariinsky Theatre, but also a professional pianist and conductor, a graduate of the St. Petersburg Conservatory (student of conductor Vladimir Altshuler and pianist Vladimir Mishchuk). He began his vocal training with Vladimir Eknadiosov at the Rostov Conservatory, further polishing his voice in the opera studio at the Accademia Nazionale di Santa Cecilia in Rome with Renata Scotto and Giuseppe Sabbatini. At the age of 19, he won the International Elena Obraztsova Competition, and in 2018 got the Second Prize at the Placido Domingo's Operalia competition in Lisbon. He was a member of the youth program at the Los Angeles Opera, and took part in the internship programs at the Metropolitan Opera and the Lyric Opera of Chicago.

Massenet. Meditation from the opera “Thais”