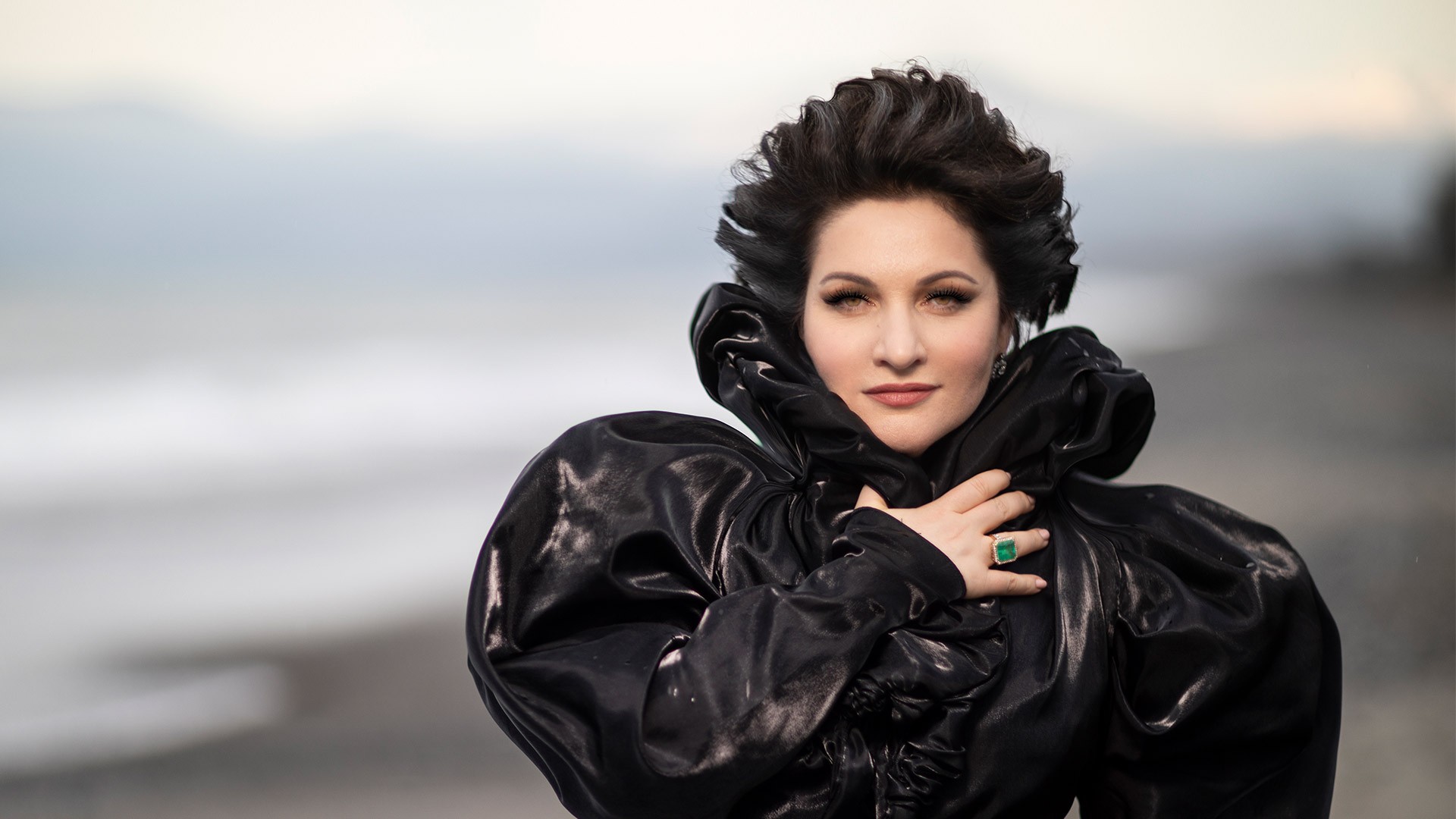 Vladimir Spivakov and the National Philharmonic Orchestra of Russia will join  the world opera star Hibla Gerzmava, a People's Artist of Russia, in her anniversary gala-concert. The renowned singer's artistic  partnership with the maestro and his collective goes back to many years ago: they have realized  a lot of memorable joint projects in Russia and abroad, made a number of records, also for major labels. “I am proud of  my friendship with Vladimir Spivakov. Every meeting with him brings happiness. I am grateful to fate for being able to perform with him on the same stage and sing for him,” - says the singer.
The splendid opera diva, “golden soprano of Russia”, owner of the voice of divine beauty and immense dramatic talent, Hibla Gerzmava has triumphed at the most famous venues of the world - the Metropolitan Opera and Covent Garden, the Vienna Opera and Carnegie Hall, the opera houses of Paris, Rome, Munich, Madrid and Barcelona. Eminent conductors and directors invite the singer to their performances, each new role in the top Russian theaters is invariably followed by rave reviews and a never-ending cascade of awards: two Golden Masks, Casta Diva, BraVo, Triumph, Golden Orpheus…

Every solo project of Hibla Gerzmava in Moscow is always an event of the year in the world of music. Her anniversary concert will be no exception: it is conceived as a grand theatrical show with a spectacular program, full of surprises. Her friends and colleagues will take part in the gala concert of the prima donna: Anna Netrebko (soprano), Denis Matsuev (piano), Yusif Eyvazov (tenor), Dmitry Ulyanov (bass), Igor Golovatenko (baritone), Chulpan Khamatova, Sergey Nakaryakov (trumpet) and many others with Vladimir Spivakov as the conductor.

Error type: "Forbidden". Error message: "Access Not Configured. YouTube Data API has not been used in project 922177863336 before or it is disabled. Enable it by visiting https://console.developers.google.com/apis/api/youtube.googleapis.com/overview?project=922177863336 then retry. If you enabled this API recently, wait a few minutes for the action to propagate to our systems and retry." Domain: "usageLimits". Reason: "accessNotConfigured".

Did you added your own Google API key? Look at the help.

Check in YouTube if the id UCWel-Ct0gKKKYxTMdERa43A belongs to a channelid. Check the FAQ of the plugin or send error messages to support.