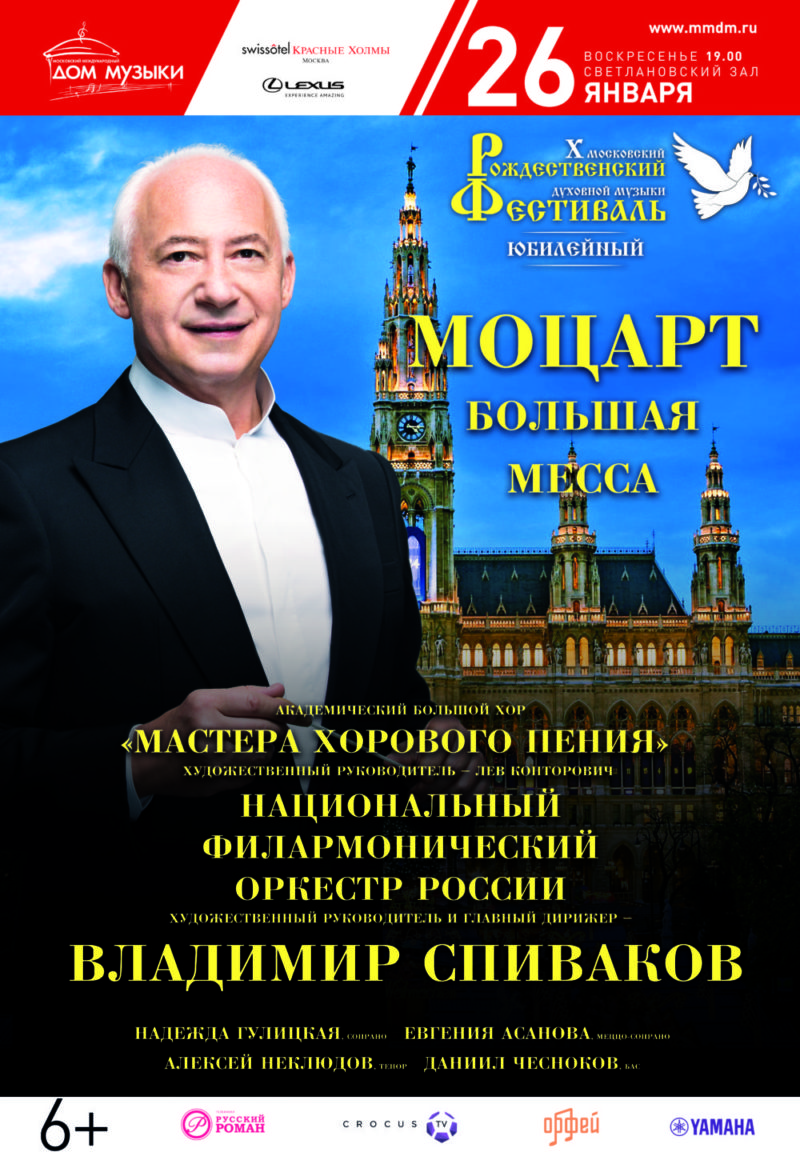 Every year the National Philharmonic Orchestra of Russia and Vladimir Spivakov perform at the closing of the Christmas Festival of Sacred Music in the Moscow Performing Arts Centre whose artistic director is the maestro. For the final concerts of the event, Vladimir Spivakov invariably chooses outstanding cantata-oratorio works of different eras, national schools and faiths, thus introducing the centuries-old heritage of Christian music to the audience. Traditionally, the maestro gathers fascinating soloists and one of the leading Moscow choral groups - the Academic Grand Choir “Masters of Choral Singing” under the direction of Lev Kontorovich.

Vladimir Spivakov decided to end the anniversary edition of the Festival with Mozart’s Great Mass in C minor. This is the last work by the composer in this genre, which, like the famous Requiem, remained incomplete, but found an eminent place in performing practice along with such masterpieces as Bach's Mass in B minor and Beethoven's Missa Solemnis in D minor.

'We all – the artists and the audience – have approached the Jubilee Edition of the Christmas Festival with a blithe feeling of communion, openness to the good and the shine that this feast of music brings, - says Vladimir Spivakov. - At the closing concert, Mozart’s Great Mass will be heard, an opus extremely rare for Moscow concert halls. The choice of this masterpiece, one of the highest achievements among the sacred works of the Austrian genius, is not incidental. The great master lived and worked with the confidence that he got endowed with his talent by God and that his duty to the Almighty was to expose his gift in full and bring light to the world, “in order to recognize God, glorify and honor him, serve him and thereby find the eternal bliss”. Mozart’s example truly inspires us all.'