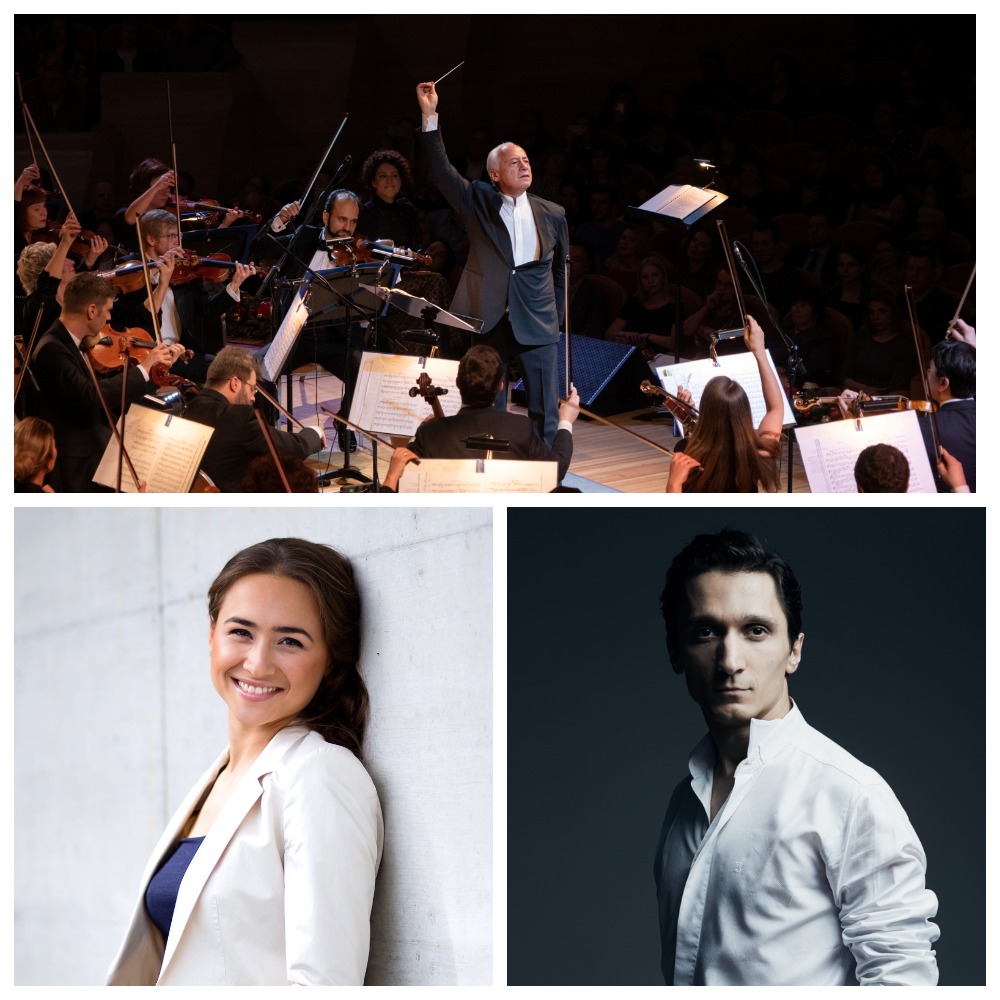 Vladimir Spivakov and the National Philharmonic Orchestra of Russia dedicated their Beethoven Subscription Series at the Moscow Performing Arts Centre to the composer whose 250th birthday is widely celebrated worldwide in 2020. Albeit, the attention of the musicians to Ludwig van Beethoven is not caused merely by the anniversary date - works by the Viennese classic have always been a staple part of the NPR's repertoire. Although Beethoven is one of the most performed composers in history, the depletion of his legacy is but a myth, and today artists still do not cease attempts to rethink the manuscripts of  the genius.

Vladimir Spivakov will open the first February concert with the rarely performed “The Consecration of the House” Overture, written for the inauguration of a new theater in Josefstadt, a Vienna suburb. Then Beethoven’s first two Piano Concertos will be played  — the works of a young virtuoso who just arrived to conquer Vienna. Anna Tsybuleva, a graduate of the Moscow Conservatory and the Basel Academy of Music, will perform the solo part. Her name gained international fame in 2015 after her win at one of the most prestigious piano contests in the world - the Leeds International Piano Competition. “Such a wonderful talent like Anna gives confidence that the competition will continue to present the world with the best pianists for many years to come,” said Fanny Waterman, the founder of the Leeds contest. It will be Anna Tsybuleva's first appearance with the NPR and Vladimir Spivakov.

The program of the next concert will feature the Seventh Symphony - one of Beethoven's most extraordinary symphonic concepts, which Tchaikovsky considered to be his best, while Wagner defined as the “apotheosis of dance”.  In the first part, Beethoven’s last Piano Concerto will be played - his most monumental opus in this genre, nicknamed “The Emperor” for the majestic nature of its music, the scope  of ideas and images. Alexander Romanovsky, the winner of international competitions in Bolzano and Cantù and an awardee of the Tchaikovsky Competition, living now in Italy, will be the soloist. The New York Times ranks him among the best pianists of our time and notes the amazing perfection of his playing, artistic personality and noble taste. Vladimir Spivakov says of him: “According to conductor Carlo Maria Giulini, with whom I agree, after Michelangeli and Pollini, there has been no such pianist in Italy.”