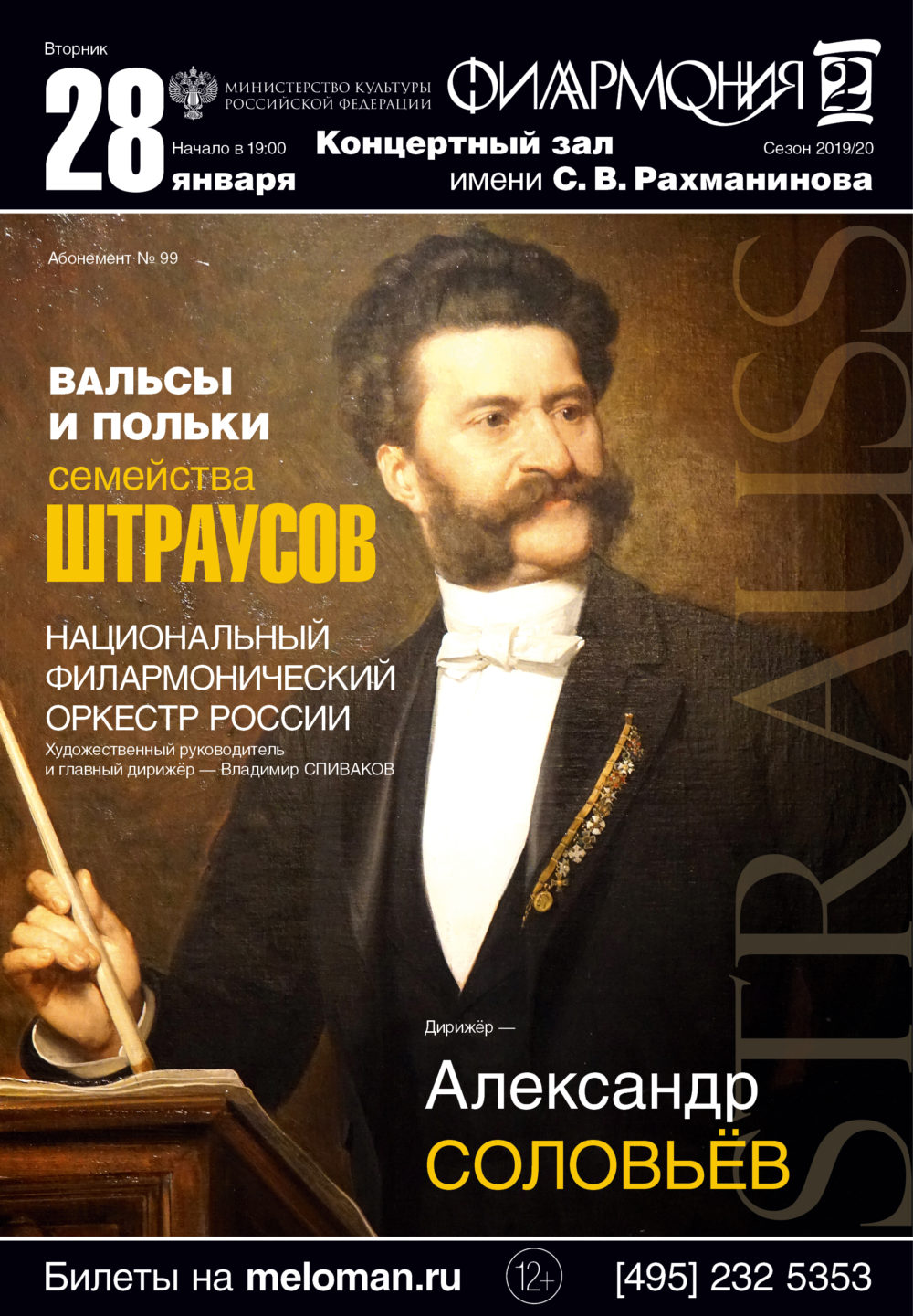 On January 28, the National Philharmonic Orchestra of Russia will continue its Series at the Philharmonic-2. On this day, the Orchestra will present one of its most popular programs which has invariably entertained and charmed the Moscow audience for several years. The fireworks of the best Waltzes, Marches and Polkas created by the famous Strauss Family will gladden music fans again at the Rachmaninoff Concert Hall.

The Viennese conductor and composer Johann Strauss was the father to twelve children. He did not have much time to devote to their upbringing, as he toured extensively. The only thing that he asked their mothers to follow very strictly was not to allow the children any music making. However, as you know, nothing came of it. One of the sons of Johann Sr., Johann Jr., even surpassed his father in the art of music, and at the same time he encouraged to share his music love his brothers Edward and Joseph who also managed to leave their mark on the history of music.

On the podium of the National Philharmonic Orchestra of Russia there will be Alexander Soloviev, a conductor at the Bolshoi Theatre, at the Galina Vishnevskaya Opera Centre, associate professor at the Gnessins Music Academy, the NPR's permanent conductor and leader of the conductor-trainee group.