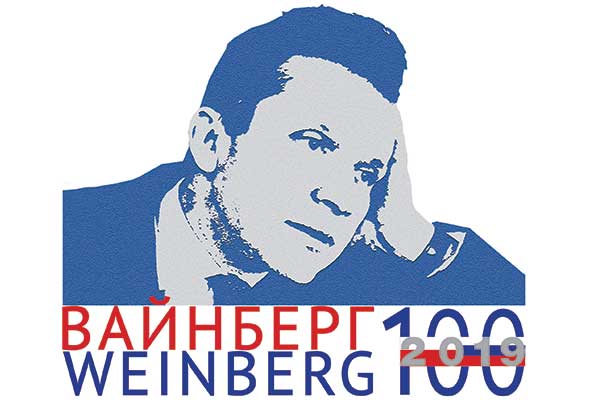 The concert of the National Philharmonic Orchestra of Russia on February 6 is a binary commemoration. Following the line of international events marking the 75th anniversary of the liberation of the Auschwitz death camp by Soviet troops, the night is dedicated to the memory of the Holocaust victims. In addition, the concert will be a musical offering to the 100th anniversary of composer Mieczysław Weinberg, whose family were murdered by the Nazis.

Works by Weinberg, the author of 17 string quartets, 22 symphonies, several operas and ballets, not mentioning his music for chamber ensembles, theater and cinema, were rarely performed in the first post-Soviet years; the revival of interest began only ten years ago. Now his music is well known all over the world and is being performed widely throughout Russia during the current season. The Twenty-First  Symphony, the last completed by Weinberg, is titled Kaddish and dedicated to the memory of those who perished in the Warsaw Ghetto. The Symphony also includes fragments from Weinberg’s soundtrack to the film “Our Father”. The Moscow performance of  Kaddish will be one of the major events of the “Weinberg Year in Russia” Project.

The two other works featured in the NPR program are also dedicated to WW2 victims. Bohuslav Martinů  wrote his “Memorial to Lidice” (Památník Lidicím) as a monument to the Czech village, razed to the ground by the Nazis, where scenes,  terrible in their veracity, get audible through  the picturesque symphonic background. The world premiere of the composition took place in New York on August 3, 1943. In the author’s homeland, the piece was first performed after the war, on March 14, 1946, on the seventh anniversary of the German occupation of Czechoslovakia. At the end of the “symphonic mourning” a short motif, reminiscent of the Schicksals-Motiv from Beethoven's Fifth Symphony, is heard.

The connection with Beethoven’s work is also evident in Metamorphosen by Richard Strauss who saw Germany's defeat  as the collapse of the old world and the death of great Romanticism arts. Metamorphosen was written in the last months of World War II, under the impression of the bombing of Munich, the composer's hometown, and the destruction of the Goethe House in Weimar; the work became a funeral song for German culture. A quote from Beethoven's Eroica   is marked by the author’s note “In memoriam!”.

The fascinating Russian conductor Stanislav Kochanovsky, who is perceived as one of the main characters of the musical life in the near future and a real phenomenon, will be on the NPR's podium this night. The conductor's international career  is rapidly developing in both  symphonic and opera repertoires. In the summer of 2017, he made his debut at the Verbier Festival with the opera "Eugene Onegin" by Tchaikovsky, becoming a regular participant in the forum ever since. He performs with the Concertgebouw Royal Orchestra, Oslo and Birmingham Philharmonic Orchestras, Stockholm Royal Orchestra, Orchestra de Paris, Orchestra dell'Accademia Nazionale di Santa Cecilia and other world-famous collectives. The maestro has been collaborating with the NPR for several years, invariably offering extraordinary programs to Moscow audiences, and the nearest one will not be an exception.