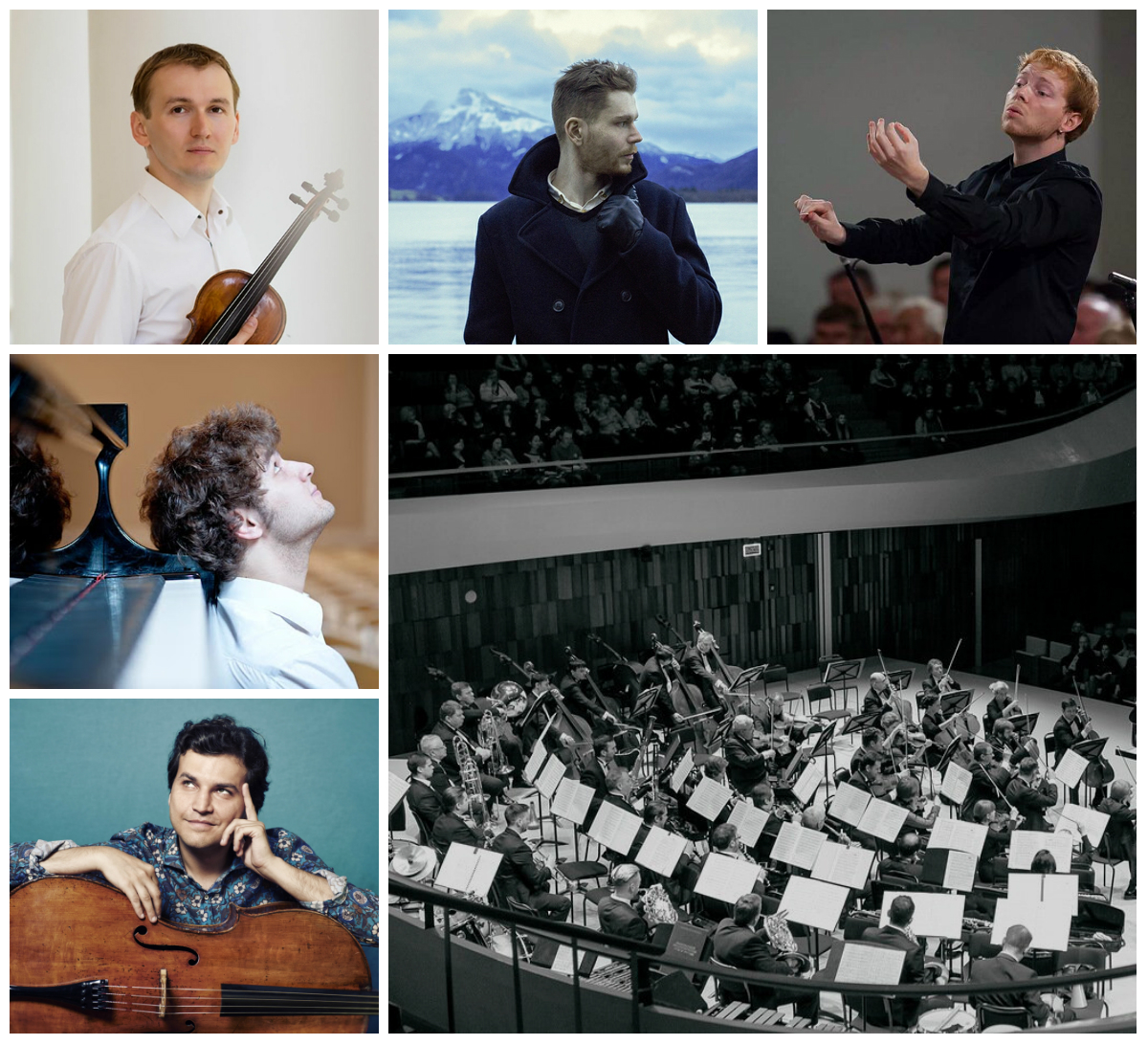 Four award-winners of major international competitions, graduates of the Moscow Conservatoire, much loved by the Moscow audience, will appear together with the National Philharmonic Orchestra of Russia in the concert at the Zaryadye Moscow Concert Hall on 11 February..

Pianist Lukas Geniušas  is the winner of the G. Bachauer International Piano Competition in Salt Lake City and the Second Prize winner at the P. I. Tchaikovsky Competition and F. Chopin Competition in Warsaw. Pianist Andrei Gugnin is the winner of international competitions in Cantù  and Varallo (Italy), the G. Bachauer Competition  in Salt Lake City and the Sydney Piano Competition. Both musicians were students of Professor Vera Gornostaeva. They will play solo parts in Francis Poulenc's Concerto for two pianos and orchestra  (1932), the first performers of which were the author himself and the famous pianist Jacques Fevrier. Pulenc called the second movement  of his Concerto “a poetic portrait of Mozart” whom he ranked above all musicians.

Violinist Nikita Borisoglebsky is the Second Prize winner at the 13th P.I. Tchaikovsky Competition, winner of the Kloster-Schöntal, D.F. Oistrakh (Moscow), F. Kreisler (Vienna) and J. Sibelius  (Helsinki) Competitions, Grand Prix winner at the Monte Carlo Violin Masters in Monaco. Cellist Alexander Buzlov is the silver medalist at the 13th P.I. Tchaikovsky Competition and the ARD Competition in Munich, winner of the Grand Prix at the E. Feuermann Competition in Berlin. Nikita and Alexander will be soloists in the popular Brahms Double Concerto (1887), written for the great Austrian-Hungarian violin virtuoso Joseph Joachim and his friend, cellist Robert Hausmann, professor at the Higher School of Music in Berlin.

On the NPR's  podium there will be Dmitry Matvienko, a member of the Orchestra’s  trainee group, also a graduate of the Moscow Conservatory, the winner of the J. Vitols International Competition for Young Conductors in Riga, guest conductor of the Instrumental Cappella Orchestra of the Moscow Regional Philharmonic Society. Under his direction, the concert will start with Frank Bridge's symphonic suite “The Sea”, written under the impression of Debussy's symphonic triptych of the same title, that in its turn inspired Benjamin Britten (Bridge's student) to depict different images of the changing sea  in the famous Interludes in his opera “Peter Grimes”. Like in the case of Debussy and Britten, in Bridge's Suite, each movement has a sub-title with program notes: 1. “Seascape” (summer morning); 2. "Sea Foam" (among the rocks and on the shore); 3. “Moonlight” (calm night sea); 4. “Storm” (wind, rain, storm).