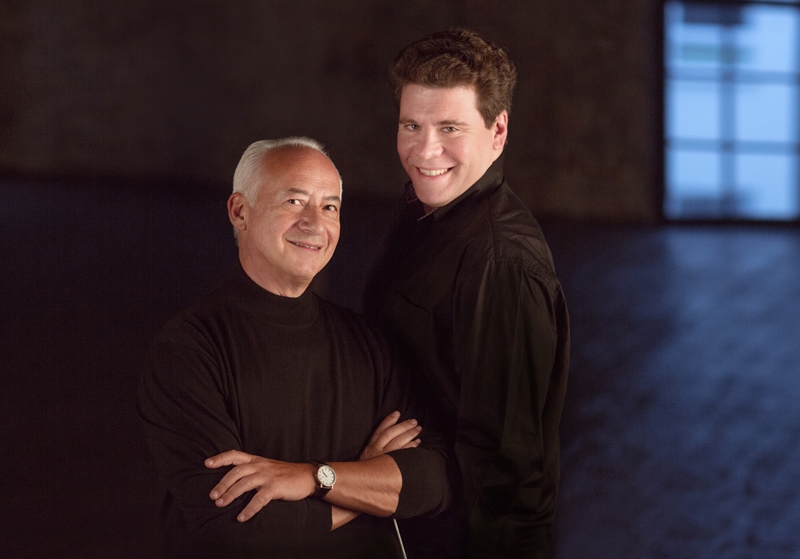 The Moscow International Performing Arts Center (MMDM) opens its 18th concert and theatre season with two concerts which will feature the MMDM's President Vladimir Spivakov and the National Philharmonic Orchestra of Russia. On the first night, the maestro and his collective will appear on the stage of the Svetlanov Hall with the world-renowned pianist Denis Matsuev, an old friend and constant artistic partner. Vladimir Spivakov appreciates highly  this charismatic soloist "for his astounding virtuosity, blazing temperament, breadth and power of his human and musician personality." Denis Matsuev, in turn, remarks: “Vladimir Spivakov is a true master of accompaniment! In the score, he finds really unique nuances that can escape the soloist with  other conductors. This is priceless!"

The concert will start with Lyadov's symphonic picture "From the Apocalypse" - a colorful illustration to a fragment from the Revelation of Saint John the Theologian: "And I saw a strong angel descending from heaven, clothed with a cloud; over his head was a rainbow, and his face was like the sun, and his feet were like pillars of fire, in his hand was an open book; And he put his right foot on the sea, and his left on the earth, and cried out with a loud voice as a lion roars; and when he exclaimed, then the seven thunders spoke with their voices ... ". The composer created a stunning character piece in a monumental mosaic form, and introduced the  genuine melody of a spiritual verse into the thematic material, using inventively the means of direct and associative depiction and expanding the orchestra (e.g. a second tuba and additional timpani).

The Second Piano Concerto is a true masterpiece of its genre, the indelible part of any concert pianist's repertoire today, which Rachmaninoff dedicated, as a token of gratitude, to  doctor-psychotherapist Vladimir Dal who had helped the composer to overcome a difficult creative crisis and to write the Concerto that became perhaps the most popular work by Rachmaninoff owing to artistic nobility, architectonic harmony, beauty and eloquence of themes.

The Fourth Symphony, which later became the author's favorite opus, Tchaikovsky dedicated, as his note in the score says, to his “best friend” - Nadezhda von Meck, the patroness who had supported the composer for many years. For the friend, Tchaikovsky provided the score of the Symphony-Drama with a detailed description, according to which, from the Introduction to the Finale, there unfolds the artist's life full of emotions, which involves "doom, the fatal force that precludes any attainment of happiness", melancholic remembrances of the bygone youth, “capricious arabesques” of an inebriated mind and  "a picture of happy folk feast" in full contrast with the loneliness and sadness of the artist.

The concert will be held in compliance with all the rules established by Rospotrebnadzor.