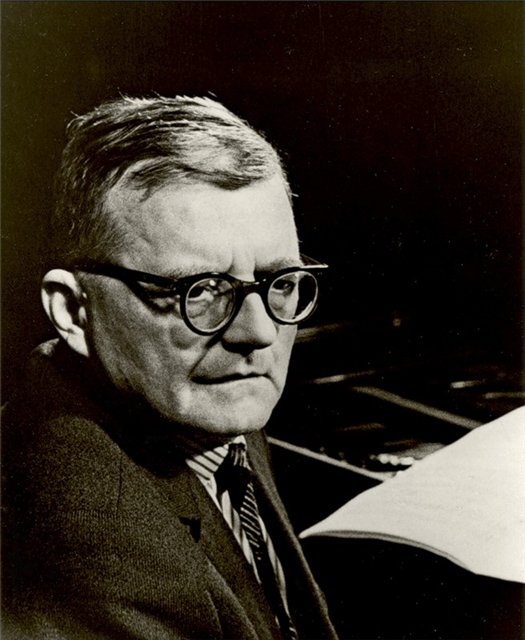 On September 25, Dmitri Shostakovich's birthday, Vladimir Spivakov and the National Philharmonic Orchestra of Russia will present at the Moscow Performing Arts Center a monographic programme featuring only the works by the great symphonist of the 20th century. Shostakovich's music has always had a special place in Vladimir Spivakov's heart. “Dmitri Dmitrievich was a historiographer, says the maestro. - He managed to create immortal   monuments of the era, therefore life will change,  governments will change, many things will change, but Dmitri Dmitrievich will remain forever. His works reflected his epoch as in a mirror, but the depth of his music makes it appropriate for any time. Its radiant  sparkles penetrate the soul of a modern person and inevitably affect us." It should be mentioned that in 2015, due to Vladimir Spivakov's initiative, the first monument to Dmitry Shostakovich was erected in Moscow on the terrace of the main staircase to the Svetlanov Hall of the Moscow Performing Arts Center.

Vladimir Spivakov arranged the concert program of Shostakovich's music so as to "show the various sides of his personality: his humor and irony together with the terrible pain for his country, where the best people of the nation had been murdered." The night will open with the Ninth Symphony, written soon after WW2 and first conceived by Shostakovich as a monumental ode to the winners, however later presented to the audience under the guise of an elegant miniature cycle as befits Classicism. The author himself called the Symphony "a sigh of relief after dark hard times with hopes for the future." Despite its seeming briskness, the Ninth Symphony is not a lightweight opus at all. Its simplicity and cheerfulness  balance on the brink of grotesque, while its lyricism is intertwoven with drama. No wonder that the concept of the Symphony and its tonal features evoke Mahler's Fourth Symphony.

Then there will follow the Concerto for Piano, Trumpet and Strings, the solo parts in which will be performed by Ivan Bessonov, a young virtuoso pianist, winner of the Eurovision International Competition for Young Musicians, and Alexander Bakharev, the NPR's soloist, award-winner of the All-Russian competitions. This unique work is an eccentric parody, in which Shostakovich "toys with" proverbial clichés of a classical-romantic concerto, juxtaposing totally different, at times even extreme, images and moods. The Concerto's theme  also contains direct quotes from classics, the orchestra is closer to that of a Baroque one, and along with "academic" images there is given a series of nimble genre and everyday sketches from the 1930s, such as a circus gallop, quasi-operetta duet, waltz-boston, funeral march, foxtrot, etc.

The concert will end with one of Vladimir Spivakov's favorite works (and one of the most life-affirming, in his opinion) – the Suite for Variety Orchestra, compiled, apparently, in the second half of the 1950s from fragments of Shostakovich's works of various years. The name of the compilator is not known for certain (allegedly it was the composer and conductor Levon Atovmyan, who in those years held the position of artistic director of the State Symphony Orchestra of Cinematography). Moreover, researchers to this day have not been able to fully identfy all the pieces of the Suite. The work got stuck in concert practice under the erroneous name of Suite No. 2 for Jazz Orchestra, but the real Second Jazz Suite has three pieces and was written back in 1938 for a different band. The confusion arose due to a mistake by the editor of the Muzyka Publishing House during the preparation of Shostakovich's 42-volume collected works for publication in 1984, after the composer's death. The error of the editor, who mistook one Suite for another, then went on to the authoritative English-language catalogue of Derek C. Hume, and from there to concert programmes.

The concert will be held in compliance with all the rules established by Rospotrebnadzor.