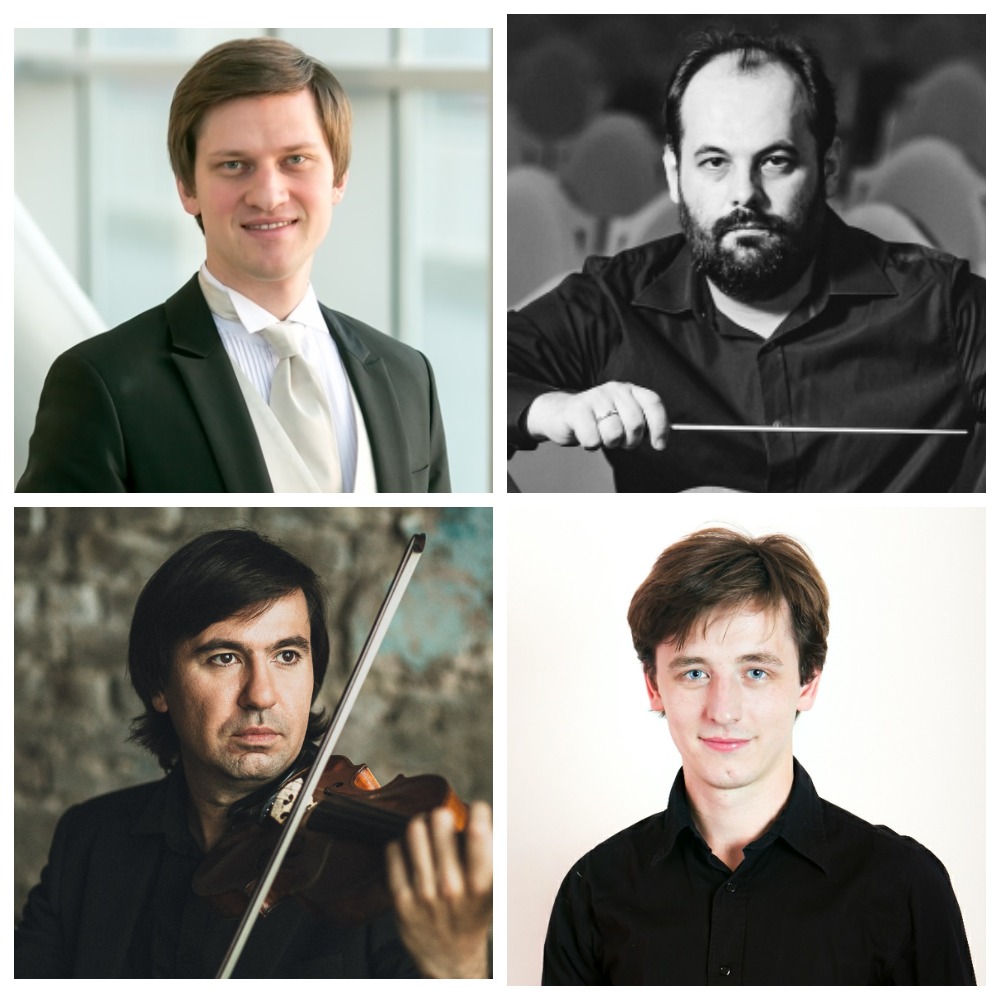 November 28, 2020 | Tchaikovsky Concert Hall
15.05
Soloist – Timur Pirverdiev, violin
Condutors - members of the NPR's trainee-group Sergei Akimov, Arif Dadashev, Anton Torbeev
Grieg. Suite from the music to the play by Henrik Ibsen "Peer Gynt"
Fauré. Suite from the music to the drama by Maurice Maeterlinck "Pelléas et Mélisande"
Bizet. Suite from the music to the drama "Arlésienne" by Alphonse Daudet
Sarasate. Carmen Fantasy for violin and orchestra on themes from Bizet's opera, Opus 25
On November 28, the Tchaikovsky Concert Hall will host the NPR's out-subscription matinee concert, organized by the orchestra together with the Moscow Philharmonic Society instead of the concert from the “Here We Are” subscription series. Since November 16, by the Decree of the Moscow Mayor, a hall admittance is allowed to be not more than 25%. Much more seats have been sold for the originally scheduled concert which the Philharmonic Society decided to move on to May 15, 2021. However the main participants in the new program on November 28 will also be conductors from the NPR's trainee-group.

The conductor-trainee group of the National Philharmonic Orchestra of Russia was created in the 2004/05 season at the initiative of Georgy Ageev, the director of the collective. In January 2018 under the leadership of Alexander Soloviev and Georgy Ageev there began to work a new recruitment of the group which included Arsentiy Tkachenko (now the staff conductor of the orchestra), Arif Dadashev, Sergey Akimov, Dmitry Matvienko, Pyotr Gladysh and Alexander Humala, joined by Anton Torbeev in October of the same year.

The three young conductors, who will direct the NPR on November 28, have in common their experience gained in leading musical theatres. For instance, Sergei Akimov works at the Moscow Operetta Theatre, Arif Dadashev conducts at the Ryazan Regional Musical Theatre and the Stanislavsky and Nemirovich-Danchenko MAMT, Anton Torbeev - at the Mariinsky Theatre Primorsky Stage. The program of the concert will include excerpts from works by Grieg, Fauré and Bizet, written for theatrical performances. The concert will end with Sarasate's virtuoso violin Fantasy on themes from Bizet's opera “Carmen”, in which the solo part will be played by the NPR concertmaster Timur Pirverdiev.