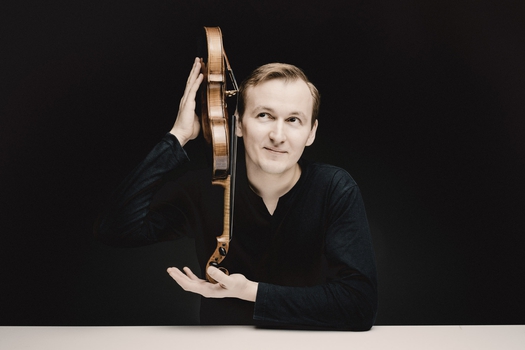 On December 11, the National Philharmonic Orchestra of Russia will take part in the Moscow Philharmonic Society Subscription “Great Instrumental Concertos”*. The audience will have another chance to enjoy the famous Tchaikovsky Violin Concerto played by Nikita Borisoglebsky, the Honored Artist of Russia, award-winner of international competitions.

Tchaikovsky's Violin Concerto, inspired by the Spanish Symphony (Symphonie espagnole) for violin and orchestra by French composer Edouard Lalo, opened a new chapter in the history of Russian music for violin. Tchaikovsky's predecessors and contemporaries rarely used the violin as a solo instrument. Tchaikovsky, who understood and valued the expressive possibilities of this instrument, wrote five pieces for violin and piano in the mid-1870s, and in the spring of 1878 he composed the Violin Concerto. In the thoughtful and solemn Allegro moderato and especially in the brisk Finale, the author demonstrates the virtuoso potentials of the instrument, while the middle movement, Canzonetta, is conceived as a melodious urban romance. Initially the composer had written another slow movement, Andante, but was not pleased with the result and decided to write a new one. A month later, the Concerto was fully instrumented. The Concerto was premiered in Vienna in 1881. The orchestra of the Philharmonic Concerts of the Friends of Music Society was conducted by Hans Richter, and the solo part was performed by the young talented violinist Adolph Brodsky, to whom this opus was dedicated.

Brahms' Second Symphony, one of the lightest and sunniest of his works, was written in the summer of 1877 in Pörtschach, a picturesque corner of the Austrian Alps, on Lake Wörther, where, according to the composer, “melodies are in the air, so you must beware of not neglecting even one of them”. According to one of Brahms's friends, it is Pörtschach and its surroundings that are embodied in the music of the symphony: “Why, this is the the picture of an entirely blue sky, murmur of brooks, sunlight and shady green coolness. How wonderful everything should be on the shores of Lake Wörter!” The Second Symphony, “unusually merry and cheerful”, was first performed on December 30, 1877, in Vienna under the baton of Hans Richter, where it was a huge success and earned Brahms the fame of the first symphonist in Germany.

*Unfortunately, the earlier announced soloist and conductor Nikolaj Szeps-Znaider is unable to take part in the concert because of his illness, The programme has been changed.