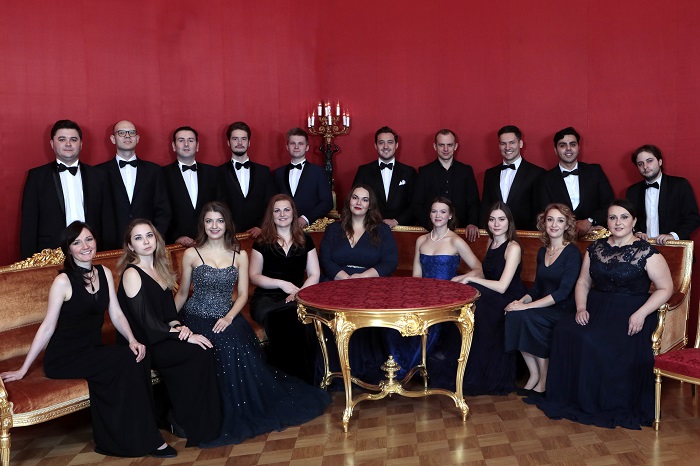 On December 13, singers from the Bolshoi Young Artists Opera Program will join the National Philharmonic Orchestra of Russia at the Moscow Performing Arts Centre. Search for and support of young talents has always been among the priorities for Vladimir Spivakov and his collectives, thus, from its very first seasons, the NPR began to cooperate with bright young singers - rising stars of the world opera, whose careers would develop prominently in subsequent years. The maestro and the NPR have regularly introduced new names to the public in Russian regions, also as part of the All-Russian Festival "Vladimir Spivakov Invites ...". In December, the orchestra will follow this tradition together with Alexander Soloviev, the NPR's permanent artistic partner, Bolshoi Theater conductor, who also heads the NPR conductor trainee-group.

The Young Artists Opera Program of the Bolshoi Theater is a very important project that brings together young talented singers from Russia and the CIS countries. They give concerts, take part in opera performances at the Bolshoi, tour and get awards at prestigious vocal competitions. Last year the Program celebrated its 10th anniversary, and its former members now star at leading opera houses worldwide. “I think such projects are more important now than ever. It's like a small factory for the production of something precious and unique. As for the proper interests of young singers, they should be involved into the world of creative mastership, with a lot of interesting work, which would allow them to grow further. Our young singers are striving for it” - says Dmitry Vdovin, artistic director of the Young Artists Opera Program.

Twelve young artists will take part in the “21st Century's Opera Stars” program, including Maria Barakova, the winner of the International Tchaikovsky Competition and the Glinka International Vocal Competition. At the end of November, the singer made her shining debut as Lyubava in Rimsky-Korsakov's “Sadko”, directed by Dmitry Chernyakov on the Historical Stage of the Bolshoi Theater.

Anton Rubinshtein
The Demon's second romance (“On the Airy Ocean ...”) from the opera “The Demon”
Soloist – Nikolay Zemlyanskikh

Pyotr Tchaikovsky
Lel's second song (“How the forest rustles ...”) from the music to A. Ostrovsky's fairy tale “The Snow Maiden”
Soloist – Ulyana Biryukova

Nikolay Rimsky-Korsakov
Gryaznoy's Aria (Where are you, the former prowess, gone ...") from the opera "The Tsar's Bride"
Soloist – Rauf Timergazin