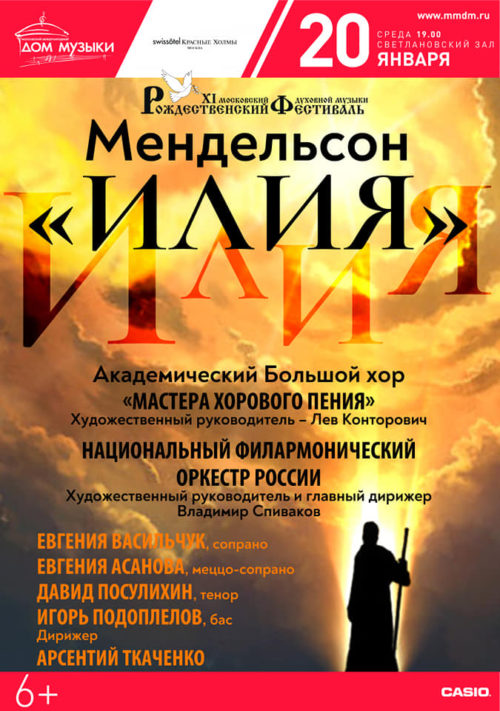 Each year the National Philharmonic Orchestra of Russia takes part in the Christmas Festival of Sacred Music at the Moscow Performing Arts Center. The Festival has been held since 2011 under the artistic direction of Vladimir Spivakov and Metropolitan Hilarion of Volokolamsk. Regarding its 2021 Edition, Vladimir Spivakov says: “We are very happy to open the 11th edition of the Christmas Festival of Sacred Music, that brings to mind the adage by Thomas à Kempis 'Man proposes, God disposes', which seems now to be more appropriate than ever. On the eve of the holy day of Christmas, it is important to recall both the postulates of Christian humanism and such values of life as compassion and love, without which it is impossible to endure all hardships and calamities imposed upon man. And we always believe that sublime music provides spiritual support and enriches everyone who embraces it.”

The climax of the 11th Edition of the Christmas Festival at the Svetlanov Hall of the Performing Arts Center will be the performance of the Elijah Oratorio by Felix Mendelssohn-Bartholdy which will feature, along with the NPR, the soloists of the Bolshoi Theater and the Academic Choir “Masters of Choral Singing”, the orchestra's permanent artistic partner. The concert will be directed by Arsentiy Tkachenko, award-holder of international competitions, conductor of the Moscow Musical Theater, and the NPR's permanent conductor since 2019, a former member of the orchestra's conductor-trainee group.

The Elijah Oratorio based on the books of the Old Testament became Mendelssohn's last major work, written in Handel's best traditions and representing the mature composing style of the German “classic among romantics”. The monumental score is a kind of musical life story of the much revered biblical prophet, who proclaimed God's will to people, saved them from natural disasters, diseases and death and ascended to heaven alive. The epic scope of the Oratorio combines elements of drama with episodes full of stirring romantic lyricism. “This work by Mendelssohn ('Mozart of the 19th century' as Schumann called him) is partly autobiographical,” - says Vladimir Spivakov. “Like his hero, the composer was driven by faith in true eternal laws and values.”