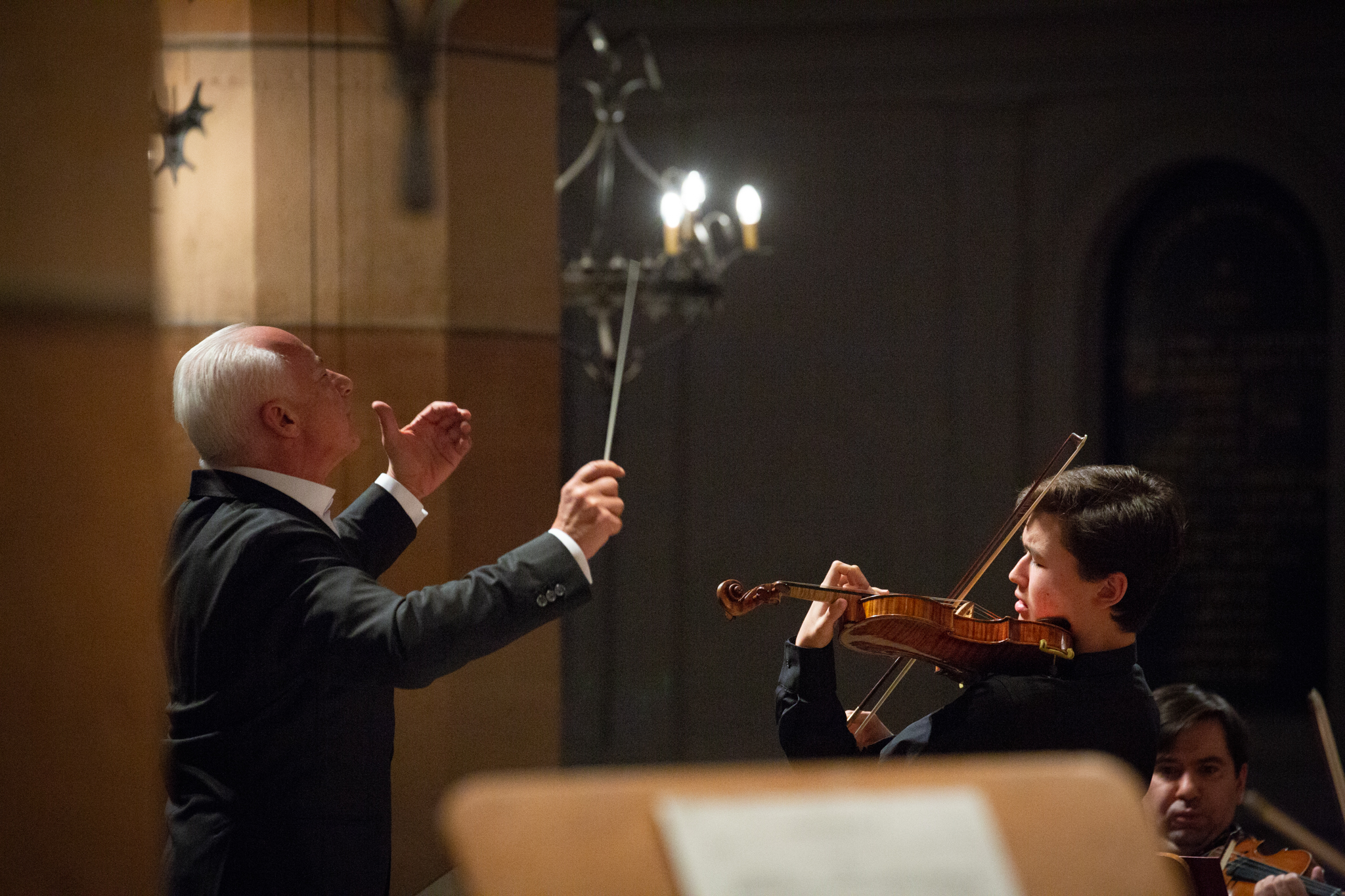 Despite the pandemic, Vladimir Spivakov and the NPR go on with the Orchestra's subscription series at the Tchaikovsky Concert Hall on a night dedicated entirely to the music by Johannes Brahms. The concert will feature seminal masterpieces of the German classic: the Violin Concerto, created in collaboration with the great violinist Joseph Joachim, and the Fourth Symphony, which sums up the composer's quest in pursue of the very essence of the fundamental genre for instrumental music, his last “symphonic confession”. The unique composition of the Fourth Symphony has no analogues in the history of music and evolves, as I.I. Sollertinsky put it, “from elegy to tragedy”, invariably finding its way to the hearts of audiences for almost a century and a half.

According to the well-known witticism of Hans von Bülow, Brahms's Concerto was written “not for the violin, but against it”, so great are the difficulties for a soloist. The 19-year-old virtuoso Daniel Lozakovich, the rising star of the violin art, grapples with them brilliantly. Many adult performers can envy the young musician's engagements: he tours all over the world, playing with top orchestras and conductors. The musician's international career has advanced largely owing to the support of Vladimir Spivakov, who saw a huge talent in the young violinist, took him under the auspices of his Foundation and then led him into the closest circle of his friends and artistic partners.

“Vladimir Teodorovich was my first great inspiration in music,” says Daniel. - “He was the first conductor with whom I played in public. For me, Spivakov is not only a great violinist, but also a great conductor. We have been performing together for almost 10 years, Vladimir Teodorovich always foresees what I want to play. When we perform together, we become a one self. Playing with Vladimir Teodorovich is always a rare pleasure. We make genuine music.”

A prize winner of esteemed contests in Europe and the USA, in 2016 Daniel Lozakovich won convincingly the First Edition of the Vladimir Spivakov International Violin Competition in Ufa and soon signed an exclusive contract with the world's largest recording company Deutsche Grammophon, becoming the youngest artist of the label. The famous professor Boris Kushnir, a member of the jury at the Ufa competition, said about Lozakovich: “I voted for him because I absolutely loved his sound. I heard the tone of inimitable beauty.” Lozakovich's teacher, Professor Eduard Wulfson called him “a phenomenal violinist” and “a great talent” who, at such a tender age, “achieved recognition and became one of the most demanded violinists worldwide.”