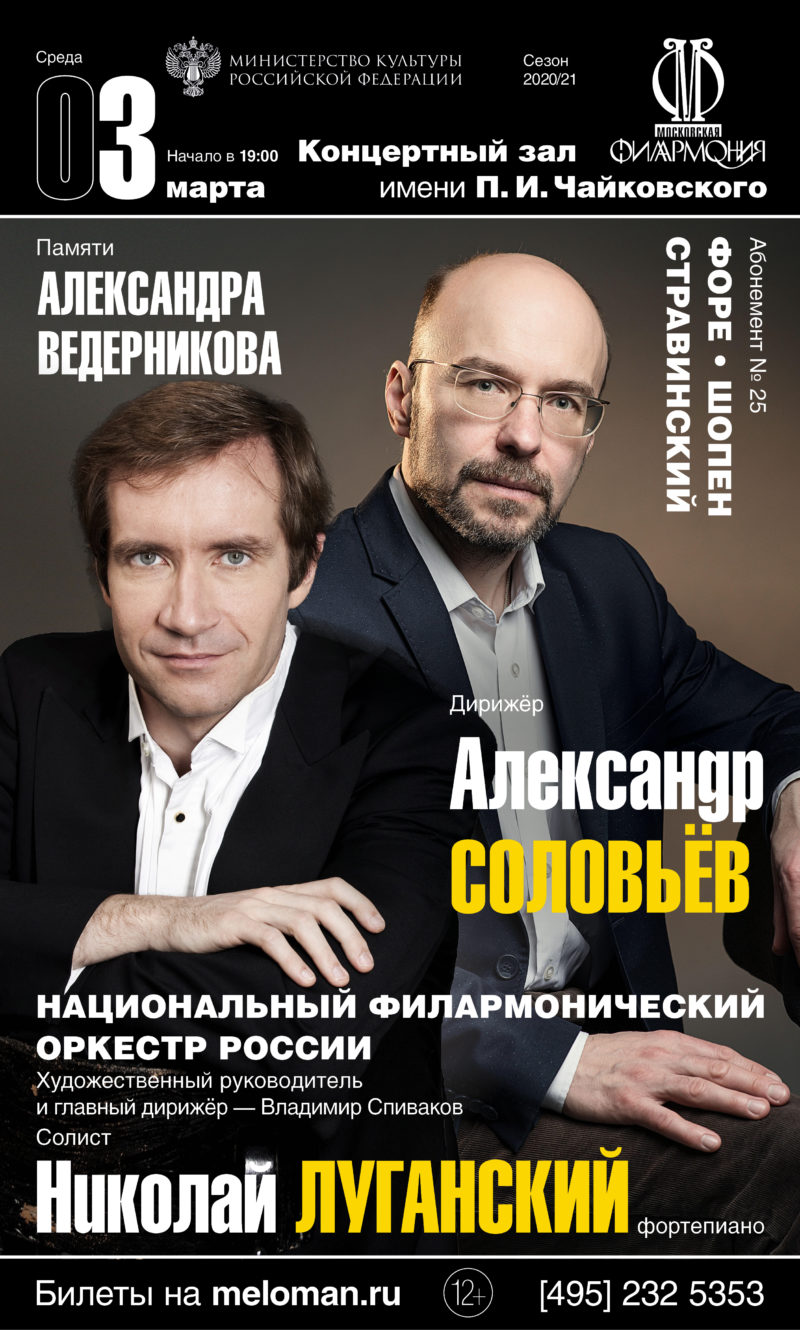 The concert on March 3 was planned to be performed by the National Philharmonic Orchestra of Russia under the baton of the preeminent Russian conductor Alexander Vedernikov. However, the renowned maestro died prematurely on October 20, 2020, at the age of 56. The orchestra decided to pay homage to Alexander Vedernikov at the Tchaikovsky Concert Hall on this night, without changing much the program, to remember the years of mutual friendship and cooperation. 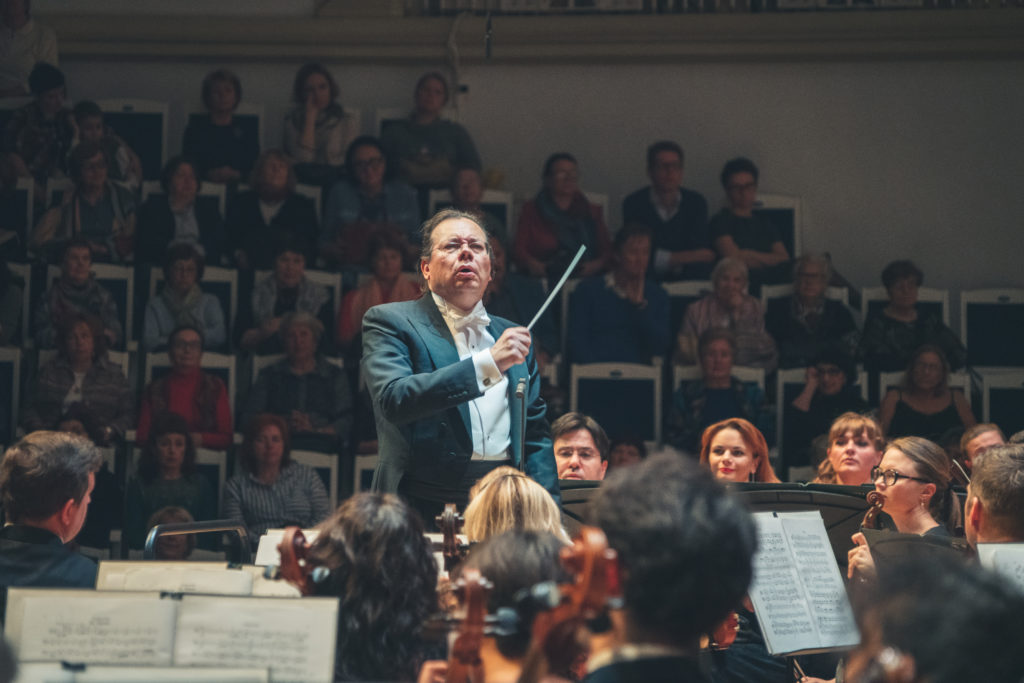 The cooperation between Alexander Vedernikov and the NPR began in the 2010/11 season, since then the maestro presented a number of inventive memorable programs with the collective, including those for the 200th birth anniversaries of Schumann and Chopin, the 85th birthday of Yevgeny Svetlanov (Glinka, Rachmaninoff, Shostakovich), in memory of Yevgeny Svetlanov and Viktor Popov (Taneyev, Brukner), and in subscriptions series “Russian Music” (Lyadov, Scriabin), “Conductor's Choice” (Sibelius, Shostakovich), “National Philharmonic Orchestra of Russia” (Glazunov, Tchaikovsky).

In his new program with the NPR Vedernikov meant to feature works by Fauré (Pelleas and Melisande) and Stravinsky (The Rite of Spring), which will be performed in a tribute to him under the baton of Alexander Solovyev, by far not a random choice. Solovyev succeeded Vedernikov as principal conductor of the Mikhailovsky Theater; he has also been associated with the Bolshoi Theater for many years and constantly collaborates with the NPR. The People's Artist of Russia Nikolai Lugansky, a permanent artistic partner and close friend of Alexander Vedernikov, with whom he had shared concerts for over 20 years, will also appear on the stage on this night. The pianist will play the solo part in Chopin's First Piano Concerto.