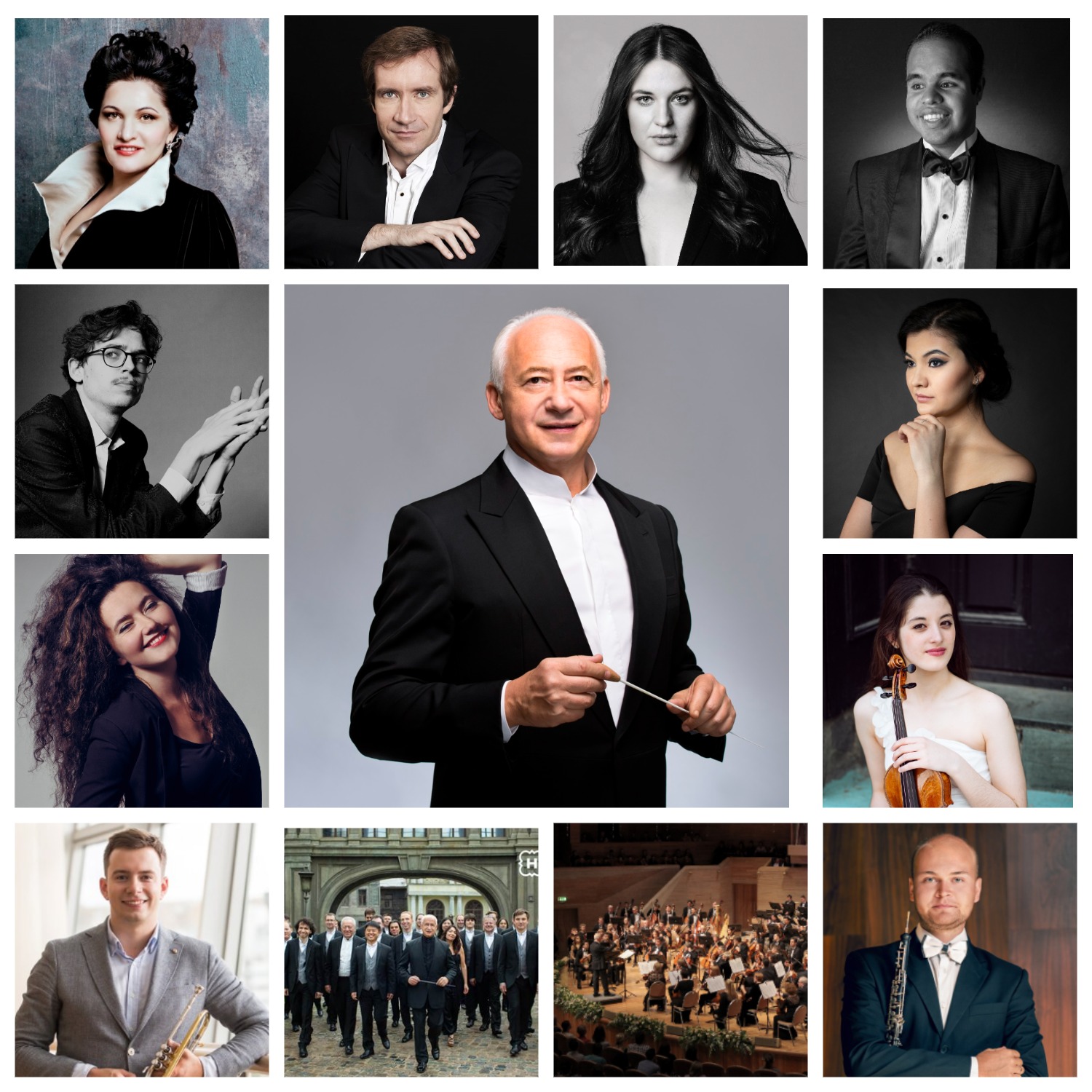 The 11th Edition of the Moscow Music Festival “Vladimir Spivakov Invites” will start on October 4, 2021, with the traditional New Year concert on December 27, 2021, as the final point. Сoncerts of the event will take place at the Svetlanov Hall of the Moscow International Performing Arts Center and Zaryadye Concert Hall. The Festival, organized in 2001, is a bright example of a successful art project with its own style, priorities and a consistently widening audience. “For me, it is not the number of festival concerts that matters, but the opportunity to show in Moscow what I love myself: something new, in different genres and styles, inimitable, talented,” says Vladimir Spivakov.The 2021 Festival Edition will start with a high note: the Maestro and his orchestra will be joined by Hibla Gerzmava, the leading lady of the Russian opera art. The concert will highlight the many facets of her great talent. Initially one of the best bel canto stars, she has widened her repertoire singing most difficult parts for the dramatic soprano, Verdi's heroines included. Hibla will conquer the audience again with her unique voice, phenomenal artistic temperament and highest vocal culture, impersonating very different opera characters on stage.

Young Spanish violinist María Dueñas will take part in the second concert. Her talent and maturing mastery have brought her awards at many violin contests in China, Italy, Belgium, Poland, she won in a bright manner the Yury Yankelevich Competition in Omsk and then the Vladimir Spivakov Competition in Ufa, while in 2021 her victory at the Getting to Carnegie Hall Competition gave her the right to perform at New-York's Carnegie Hall and the Artist of the Month title from the Musical America magazine. María plays a Nicolò Gagliano violin and the 1736 'Muntz' Guarneri del Gèsu violin, one of which will be heard in Moscow.

The only Festival concert of the Moscow Virtuosi Chamber Orchestra is planned on November 11. In its programme the "Suite in the Old Style" by Schnittke will be followed by Shostakovich's First Piano Concerto – a witty mosaic of puns, parodies and quotes, where the piano part will be played by Polina Osetinskaya.

A gala concert scheduled on November 17 will feature singers of the Jette Parker Young Artists Programme – ROH – Aigul Akhmetshina and Alan Pingarron. Their participation in the Vladimir Spivakov Festival in 2019 was sensational: the Russian audience had a good chance to get acquainted with the “Bashkir Cinderella” and hear for the first time the wonderful Mexican tenor, while the young artists charmed the public by their beautiful tones, technical agility, expressiveness and masterful skills. Vladimir Spivakov has decided to repeat that splendid night where the brilliance and virtuosity of bel canto were interchanged with the passions of verismo and the elegance and sensuality of French music.

In November Vladimir Spivakov will present to the Moscow audience a new star from Norway, who has never before sung in Russia, Lise Davidsen, a winner of Placido Domingo's competition Operalia in London and the Queen Sonja Competition in Oslo. She appears in world's major opera houses, at festivals in Bayreuth, Aix-en-Provence, Glyndebourne, London (BBC Proms). The important British Gramophone magazine called her “one of the greatest vocal talents of the latest years, perhaps even decades”. For her first concert in Russia the singer has chosen opera arias which show her versatility and which led to her prominence on the world opera stage.

The 20th December concert will include music of Norvegian and French composers, also sung by mezzo-soprano Polina Shamaeva, winner of the Big Opera TV Show, soloist of the E. Kolobov Novaya Opera Moscow Theater and the Hungarian State Opera House. She will be soloist in Ernest Chausson's Poème de l'amour et de la mer, the score belonging to late Romanticism.

The last concert of the Festival is conceived by Vladimir Spivakov as a kaleidoscope of mostly radiant images - from sublime and meditative in Brahms's music to sensual and exquisite in Richard Strauss' Waltz Suite and further to undemanding and mischievous in Polkas of several famous representatives of the same family name. In the first part the joy of music making will be shared with Nikolay Lugansky, one of the brightest contemporary pianists and Vladimir Spivakov's close artistic partner and friend. Their joint choice was Brahms's Second Piano Concerto which Lugansky compares to the Universe and calls “an enormous open music book”.

December 27, 2021 • Svetlanov Hall of the MIPAC
The Festival's Closing Concert
National Philharmonic Orchestra of Russia
Soloist – Nikolay Lugansky, piano
Brahms. Concerto No. 2 for piano and orchestra in B-flat major, Op. 83
R. Strauss. Suite from the opera “The Knight of the Rose”
Polkas by Johann and Josef Strauss

Conductor of all concerts – Vladimir Spivakov