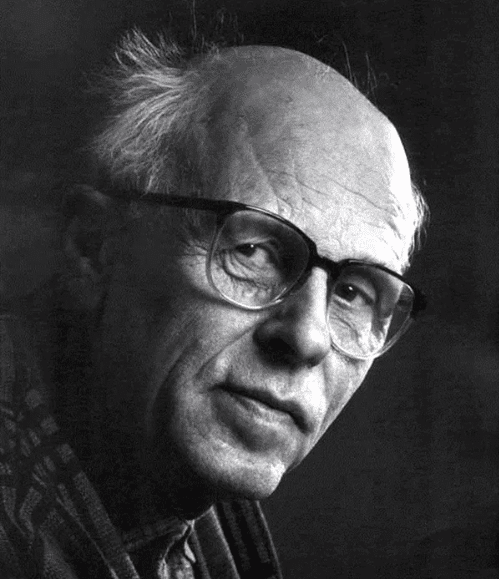 On May 21, the Moscow Performing Arts Center will host a memorial concert dedicated to the 100th anniversary of Academician Andrey Sakharov, an outstanding physicist, Nobel Prize winner, human rights defender. The event was initiated by Vladimir Spivakov, People's Artist of the USSR, UNESCO Artist for Peace, under whose baton the National Philharmonic Orchestra of Russia and the Masters of Choral Singing will perform works by Barber, Shostakovich and Rachmaninoff.

The Kultura TV Channel will broadcast this concert on May 21 at 21:15.

Andrey Sakharov is an iconic personality in the history of Russian science and human rights protection. A brilliant scientist, one of the creators of the Russian hydrogen bomb, Member of the USSR Academy of Sciences, he became a prominent humanitarian of the 20th century, a resolute fighter for human rights and welfare, whose public activities were crowned by the highest award – the Nobel Peace Prize, The celebration of Andrey Sakharov's 100th anniversary has got an All-Russia scale. By order of the President of the Russian Federation Vladimir Putin, an organizing committee was formed to prepare and implement the anniversary events that are held throughout the country with the support of the Memory Fund. The concert at the Moscow Performing Arts Center wll be the climax of the jubilee program.

Vladimir Spivakov about the concert program:

“To me Andrey Sakharov was an example of serving the Motherland in the highest sense of the word. He was a thinker and humanitarian ready to give his life for his country and for his principles.

As a scientist he played a great role in strengthening the USSR's defense power, thus providing the necessary parity with other countries, nevertheless it was Andrey Sakharov who was one of the first to advocate the cessation of nuclear weapon testing as he foresaw its destructive potential. He also proclaimed the idea of political convergence as the sine qua non for building a new society, which is still actual today.

I was not personally acquainted with Andrey Sakharov but met his wife Elena Bonner. I happened to open the Sakharov Center in Strasbourg with the great musician Yehudi Menuhin and the Moscow Virtuosi Chamber Orchestra, whereas with Mstislav Rostropovich and other musicians we gave a concert in Boston to gather means for the Sakharov Library. To me he was the embodiment of adamant and fearless fighter for his ideals. And I still follow his advice: 'Not to be afraid to go in the given direction'.

Our concert program in tribute to Andrey Sakharov will start with Adagio by American composer Samuel Barber. The piece is properly famous for it became the sublime manifestation of tragic inception in music. It is not by accident that the score was played at the announcements of Roosevelt's and Kennedy's deaths and Einstein's entombment.

Shostakovich's Poem 'The Execution of Stepan Razin' to text by Evtushenko is an exemplary work whose author and protagonist were both firm and never renounced their ideals and creed. And for this they were banned and humiliated by authorities. The striking line from the Poem 'You, people, always spit on those who wish you good' is applicable to the fates of many historical figures and the estimation of their deeds. In my view Shostakovich in this work and many others is a great Russian prophet similar to Dostoevsky.

The choice of Rachmaninoff's Symphonic Dances is also intentional. This is the last composition by the Russian great genius, which he considered himself to be the best and the dearest to his heart. It was written in emigration, but the composer never lost his spiritual connection with his Motherland. It is quite astonishing though that the essentially-Russian-in-tone theme in the second movement was given to saxophone (it is a kind of convergence in music). The Symphonic Dances end by a tom tom beat, marked by a fermata sign in the score, which means a prolonged sound. In the West, however, it is often omitted for its meaning is elusive. I do think that it implies a fleeting soul.

Andrey Sakharov was not a religious man, however his life and aspirations are compatible with Christian commandments (he had several priests among his ancestors). Therefore we shall complete the concert with the stance 'We praise Thee' from the Liturgy of St John Chrysostom by Rachmaninoff. It will sound as a prayer for heroes who left us and for all those living now.”