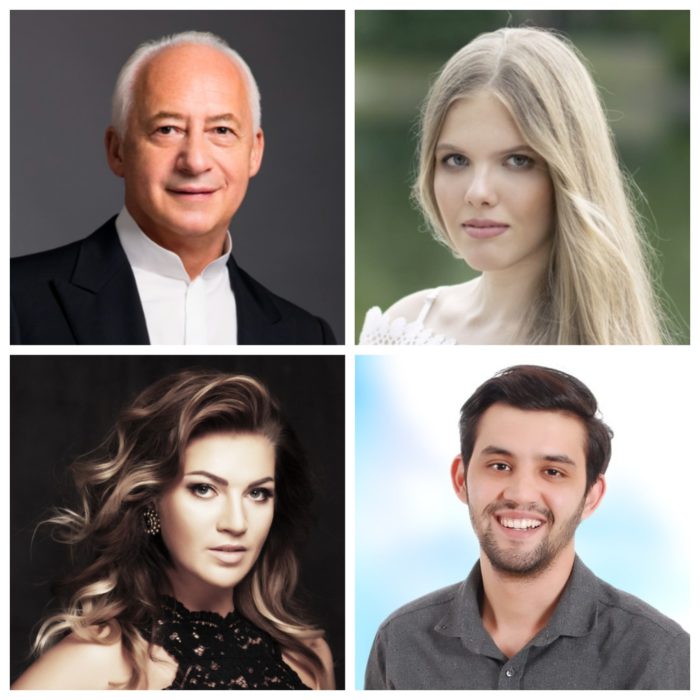 Vladimir Spivakov, the NPR and the Moscow Performing Arts Center are opening the new season on the 3rd of September. Both for the Orchestra and its main stage it is the 19th concert season that promises to music lovers a lot of various programs, encounters with world stars and newcomers gaining their fame.

On September 3, in the Svetlanov Hall, the Orchestra will be joined by bright young artists who already have performed with the NPR and won the audiences' love and appreciation, namelycpianist Eva Gevorgyan, singers Ekaterina Morozova and Bekhzod Davronov, soloists of the Bolshoi Theatre. The concert's first part will feature well-known works by the Norwegian classic Edvard Grieg, while the second part will be a kaleidoscope of popular opera arias, duets and symphonic miniatures.

The 17-year-old pianist Eva Gevorgyan is a former student of the Central Music School of the Moscow Conservatory, winner of international contests in Cleveland, Düsseldorf (Schumann Competition), Porto (Santa Cecilia Competition), Gorizia (Giuliano Pecar Festival), Chicago, Martigny (Jeune Chopin), second prize winner at the Van Cliburn Junior Piano Competition in Dallas and holder of five special prizes of the Grand Piano Competition in Moscow. In 2019 Eva got the International Classical Music Award in the Discovery of the Year nomination and was an awardee at the All-Russia Competition “Young Talents”, while in 2020 Evgeny Kissin endowed her a scholarship of the Ruhr Piano Festival, and in 2021 she was designated a Yamaha Young Pianist.

Bekhzod Davronov (tenor) is a soloist of the Bolshoi, winner of international competitions Romanciada (Grand Prix) and Saint Petersburg (First Prize). In 2020 he was the first to win the Young Opera Singers Prize from the Bolshoi and the Credit Suisse Bank. In 2021 he took part in the Uzbekistan tour of the NPR and Vladimir Spivakov.

Attention! Attending the event is possible only upon presentation of a valid digital certificate (QR code) and an identity document at the entrance.