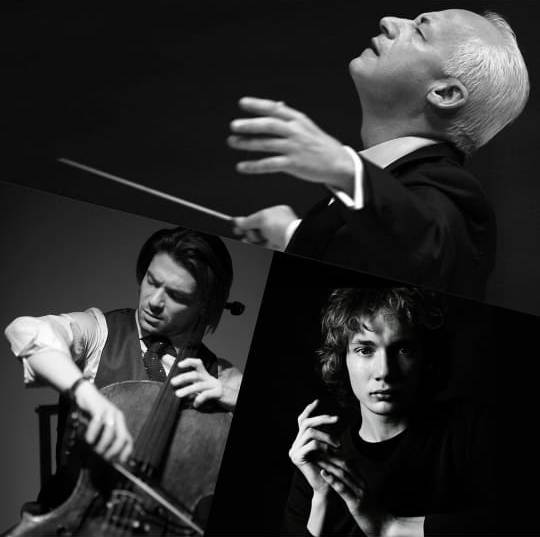 The National Philharmonic Orchestra of Russia and Vladimir Spivakov will take part in two esteemed music festivals in Italy this September. On September 9, the collective will give a concert at the annual Südtirol Festival in Merano, a spa resort in the Italian Alps (Bolzano province). The concert in the local Kurhaus will feature the Russian musicians together with the renowned French cellist Gautier Capuçon who will play the solo part in Dvořák's Cello Concerto.

The large-scale Südtirol Festival in Merano, first organized in 1986 to celebrate 150 years of the town, is one of the most known and important European festivals. Every year it presents various events of very different genres, eras and trends (from classic to jazz, from klezmer to crossover) which attract a several thousand audience from all over the world coming to listen to world famed orchestras, bands and soloists. In 2021 the Festival is held from August 16 till September 19 and hosts Valery Gergiev and the Mariinsky Theater Orchestra, Vasily Petrenko and the Royal Philharmonic London Orchestra, Giuliano Carmignola and the Virtuosi Italiani, Kristjan Järvi and the Baltic Sea Philharmonic, pianists Lucas Debargue, Yuja Wang, Vadim Kholodenko, Fazil Say, violinists Julia Fischer and Patricia Kopatchinskaja, the Tallis Scholars (London) led by Peter Phillips, the Mahler Chamber Orchestra and many others.

The next concert of Vladimir Spivakov and the NPR will take place on September 10 at the Settembre dell'Accademia festival in Verona. The orchestra will play at the Philharmonic Theater where the soloist in Rachmaninoff's Second Piano Concerto will be the young virtuoso Ivan Bessonov, a winner of the Eurovision Young Musicians Contest in 2018. The second part of the concert will be the same at both festivals, that is Tchaikovsky's Fifth Symphony in Vladimir Spivakov's seminal rendition.

The Settembre dell'Accademia Festival has been run by the Verona Philharmonic Academy since 1992. In 2021 it will span from September 4 to October 3 and is rightly proud of its guest performers among whom there are Martha Argerich, Gábor Takács-Nagy, Sergei Nakariakov, the Mariinsky Theater Orchestra, Baltic Sea Orchestra, Orchestra dell'Accademia Nazionale di Santa Cecilia, Ensemble of Soloists of the Berlin Philharmonic, Manchester Camerata et al.