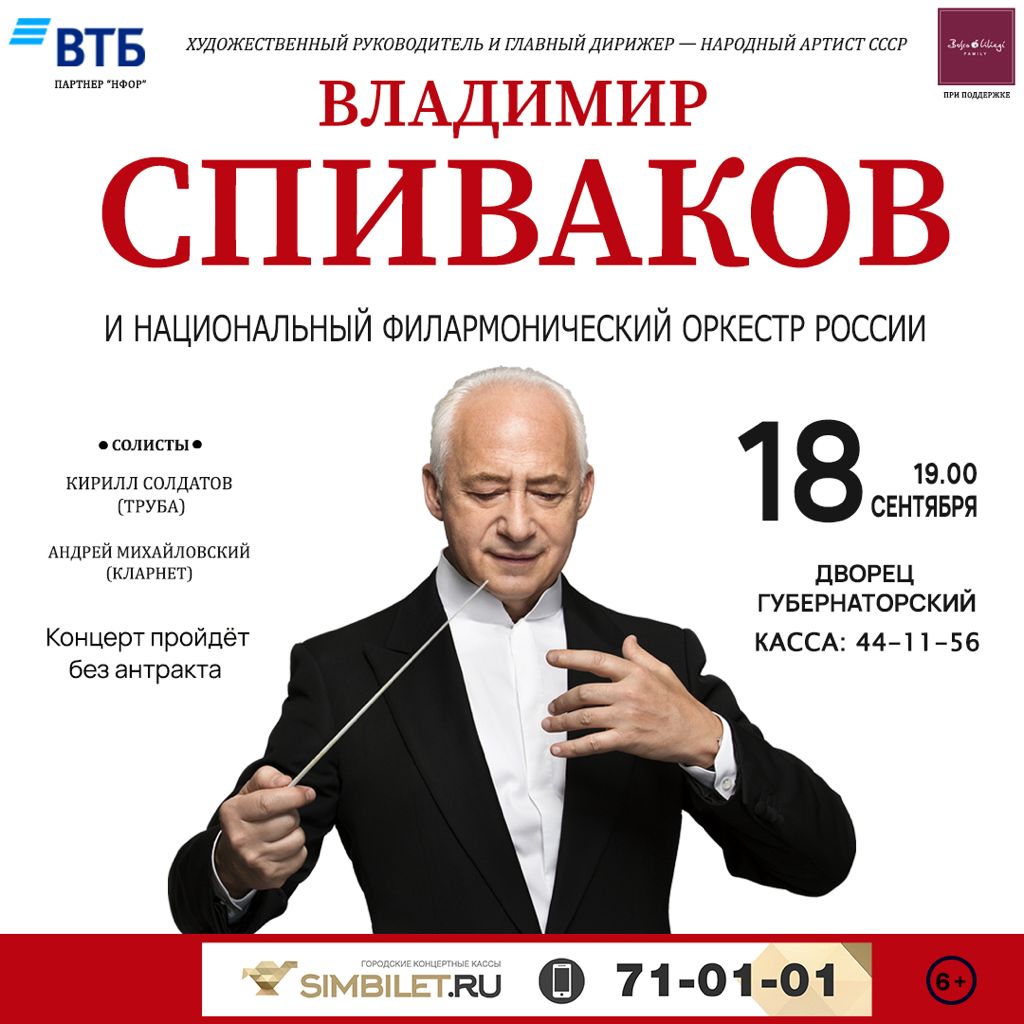 The National Philharmonic Orchestra of Russia led by Vladimir Spivakov will tour the Volga Region in September 2021. It is not the first time that the Maestro and his collective are visiting  main cultural centers of the Volga Federal District, thus in 2017 the musicians performed in Samara, Ulyanovsk, Saransk, Penza and Kuznetsk. This year's tour includes also Togliatti and Saratov. All six concerts of the NPR will be conducted by its artistic director Vladimir Spivakov, a People's Artist of the USSR and UNESCO peace artist.

In Samara, Togliatti and Saratov the orchestra will be joined by soprano Ekaterina Petrova, star of the E. V. Kolobov “Novaya Opera” Theater and the Galina Vishnevskaya Opera Center as well as a guest star at the Bolshoi. The concerts with her participation will feature excerpts from operas by Bellini, Donizetti, Mascagni, Cilea, Puccini, Gounod. Tchaikovsky and Dvořák (see Events).

The Ulyanovsk and Kuznetsk audiences will be offered an original program composed of musical masterpieces connected to theater. They are orchestral excerpts from Tchaikovsky's “The Nutcracker” ballet and operas by Bellini, Verdi and Puccini as well as  virtuoso concert pieces based on opera themes. The solo parts in the concert pieces will be played by principals of the NPR's groups Andrei Mikhailovsky (clarinet) and Kirill Soldatov (trumpet).

The Penza program will be dedicated to gems of Russian classical music: it will feature Rachmaninoff's Piano concerto No. 2 and Tchaikovsky's Suites from ballets “Swan Lake” and “The Nutcracker”. The piano part in Rachmaninoff's Concerto will be played by Ivan Bessonov,  permanent artistic partner of  Vladimir Spivakov and the NPR, former student of the Central Music School at the Moscow Conservatory. The 19-year old pianist has won and got awards at  many important competitions such as the Eurovision Young Musicians in Edinburgh, Astana Piano Competition in Astana and Grand Piano Competition in Moscow.  In 2019 he received the BraVo international music award in the “Discovery of the Year” nomination.

September 15  – Samara, the Concert Hall of the Samara Philharmonic Society

September 22 – Saratov, the A. Schnittke Concert Hall of the Saratov Regional Philharmonic Society