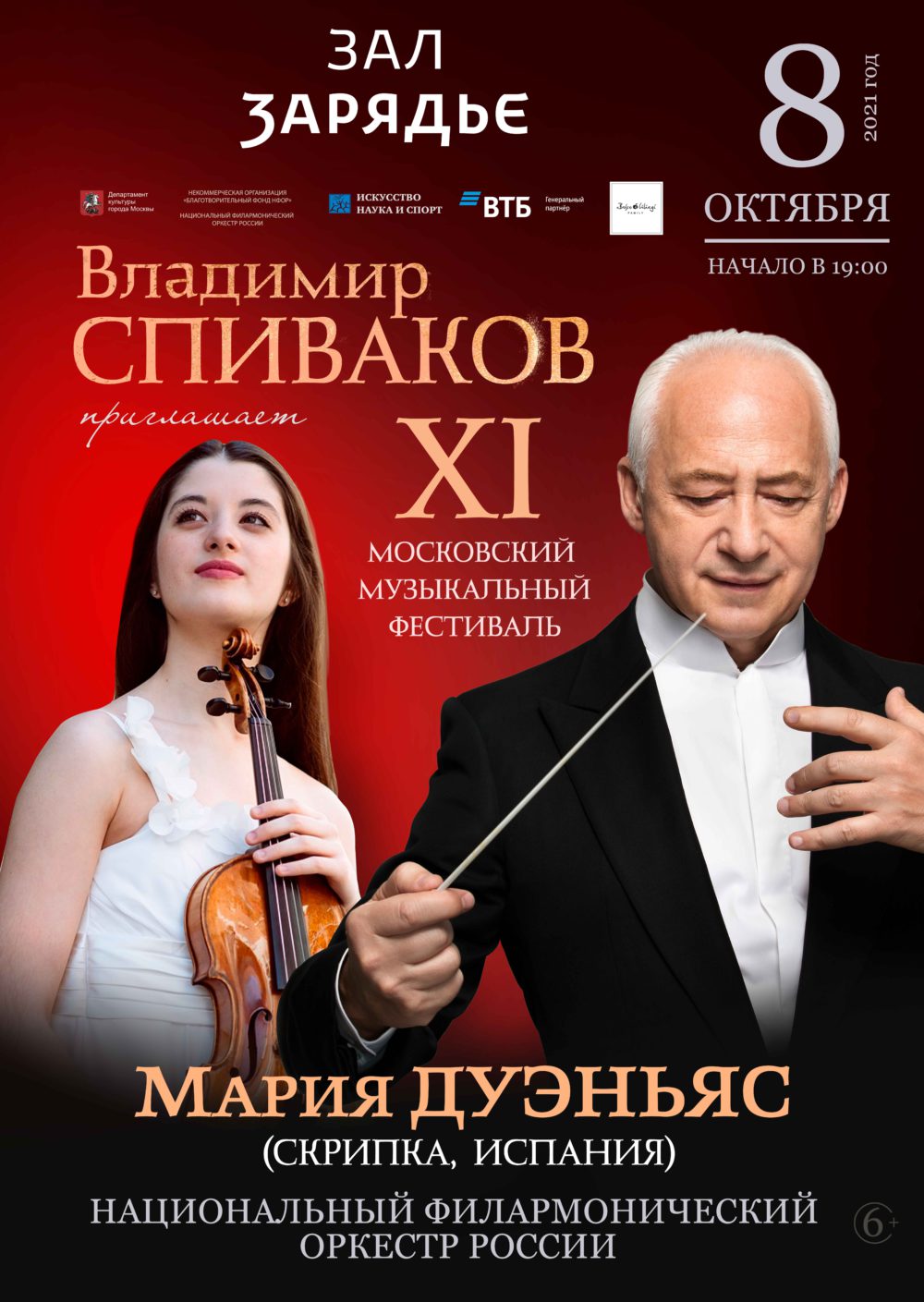 Vladimir Spivakov has always paid special attention to young talents and actively helped to the youth who epitomize the future of the performing arts. The maestro is convinced that this artistic communication enriches all those involved. He always invites to his Festival young musicians who brightly manifested their talents by winning important competitions. The young Spanish violinist María Dueñas is among his most acclaimed protegees in recent years.
The 11-year-old María aroused his interest by her brilliant performance at the “Moscow Meets Friends” Festival arranged by his Charity Foundation. Owing to Vladimir Spivakov the young violinist started her studies in Vienna with the renowned professor Boris Kuschnir. Her talent and growing mastery have been noticed and awarded at various contests in China, Italy, Belgium, Poland; the Kronberg Academy granted her the Prinz of Gessen Award as “the most promising young performer”. Then she won in grand style the Yury Yankelevich Competition in Omsk and the Vladimir Spivakov Competition in Ufa: both international jury teams acknowledged her unconditional leadership.

In 2021 the 18-year-old violinist conquered the USA: she won the Yehudi Menuhin Competition in Richmond and the Getting to Carnegie Competition which gave her the right to play at Carnegie Hall in New York. In the fall of the same year she gained five special prizes including the Grand-Pris at the Victor Tretyakov Competition in Krasnoyarsk.

María Dueñas plays the two wonderful 18th century violins - one made by Nicolò Gagliano and the other, “del Gesu”, by Giuseppe Guarneri. One of them can be heard in Moscow where María will perform with Vladimir Spivakov and the National Philharmonic Orchestra of Russia Max Bruch's First Concerto, one of the seminal works of the world violin repertoire. In the second part of the concert the orchestra led by the maestro will play Brahms' Fourth Symphony, the composer's last symphonic confession.