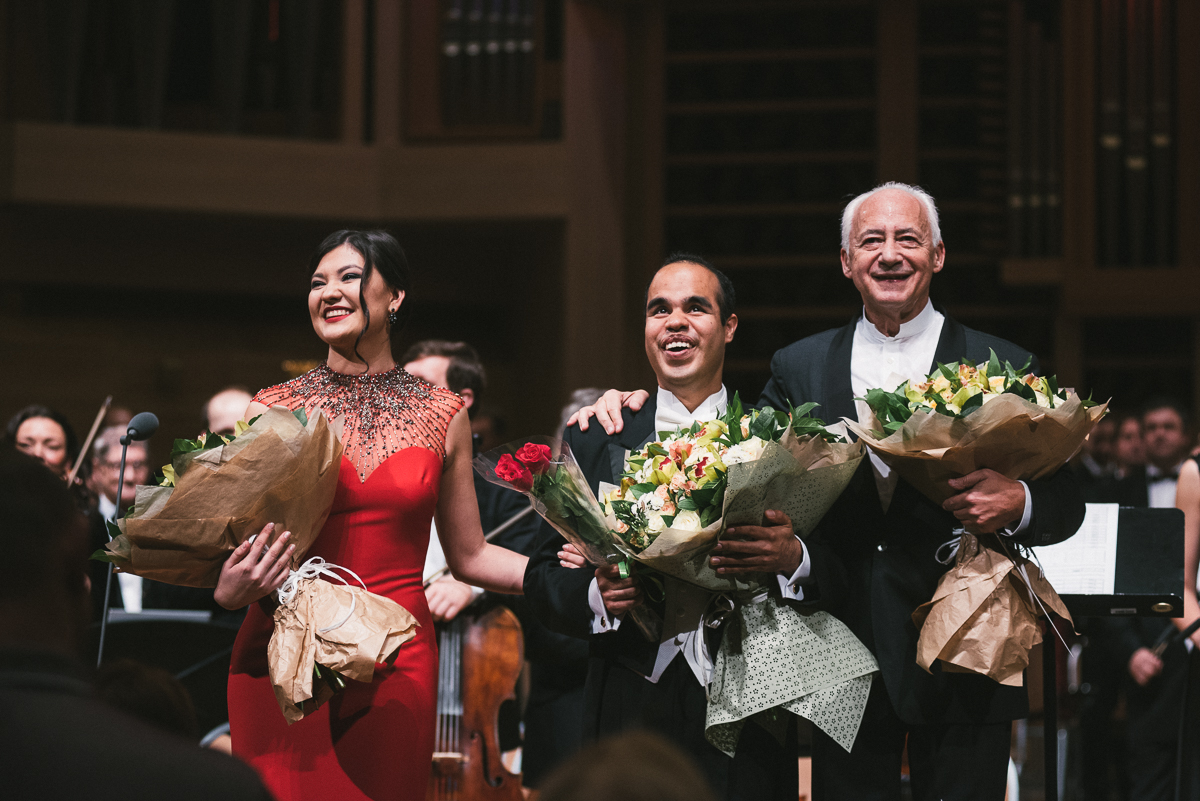 The gala concert with Aigul Akhmetshina and Alan Pingarrón, members of the Jette Parker Young Artists Programme at the Royal Opera House (Covent Garden) was the revelation of the Jubilee edition of the Moscow Festival “Vladimir Spivakov Invites...” in 2019. The Russian public had the opportunity to get better acquainted with the “Bashkir Cenerentola” and hear the amazing tenor from Mexico, while the young singers conquered the audience by wonderful tone colors, technical dexterity, emotional pliancy and artistry. The combined creative work with the singers was a joy for the musicians of the National Philharmonic Orchestra of Russia and the maestro. That  is why Vladimir Spivakov decided ro repeat the memorable concert, preserving the main style of the  program where Bel Canto nimbleness and virtuosity go along with Verismo expressiveness and French elegance and sensuality.

The Russian singer Aigul Akhmetshina became known in 2017 after winning the Grand Prix of the International Hans Gabor Belvedere Singing Competition. In the 2017/18 season, she joined the Jette Parker Young Artists Programme at the Royal Opera House (Covent Garden) and took part in several ROH repertoire performances (in Peter Brook's The Tragedy of Carmen she was given the main role). Her debut in the eponymous part in the new production of Bizet's Carmen was acclaimed as sensational, and in 2021 she sang the same part in the production of the Stanislavsky and Nemirovich-Danchenko Moscow Academic Music Theatre. The singer has been invited to make her debut at the Metropolitan Opera, the Netherlands National Opera in Amsterdam, the Teatro Real in Madrid and several others.

34-year-old Mexican tenor Alan Pingarrón is a star in his native country. In 2010, the National Council for Culture and the Arts awarded him a special scholarship. The singer won the Francisco Araiza International Competition in Sonora, got the Second Prize and the Audience Award at the Opera Prima National Television Contest. In 2016, he got known also in Europe: he made his triumphant debut at the Konzerthaus Berlin in the concert of the Young Euro Classic Festival and was soon invited to the Jette Parker Young Artists Programme at the Royal Opera House. Blind from birth, the artist feels his vocation in creating different characters and embodying various roles by all vocal means of expression, using imagination. His idol is Luciano Pavarotti.