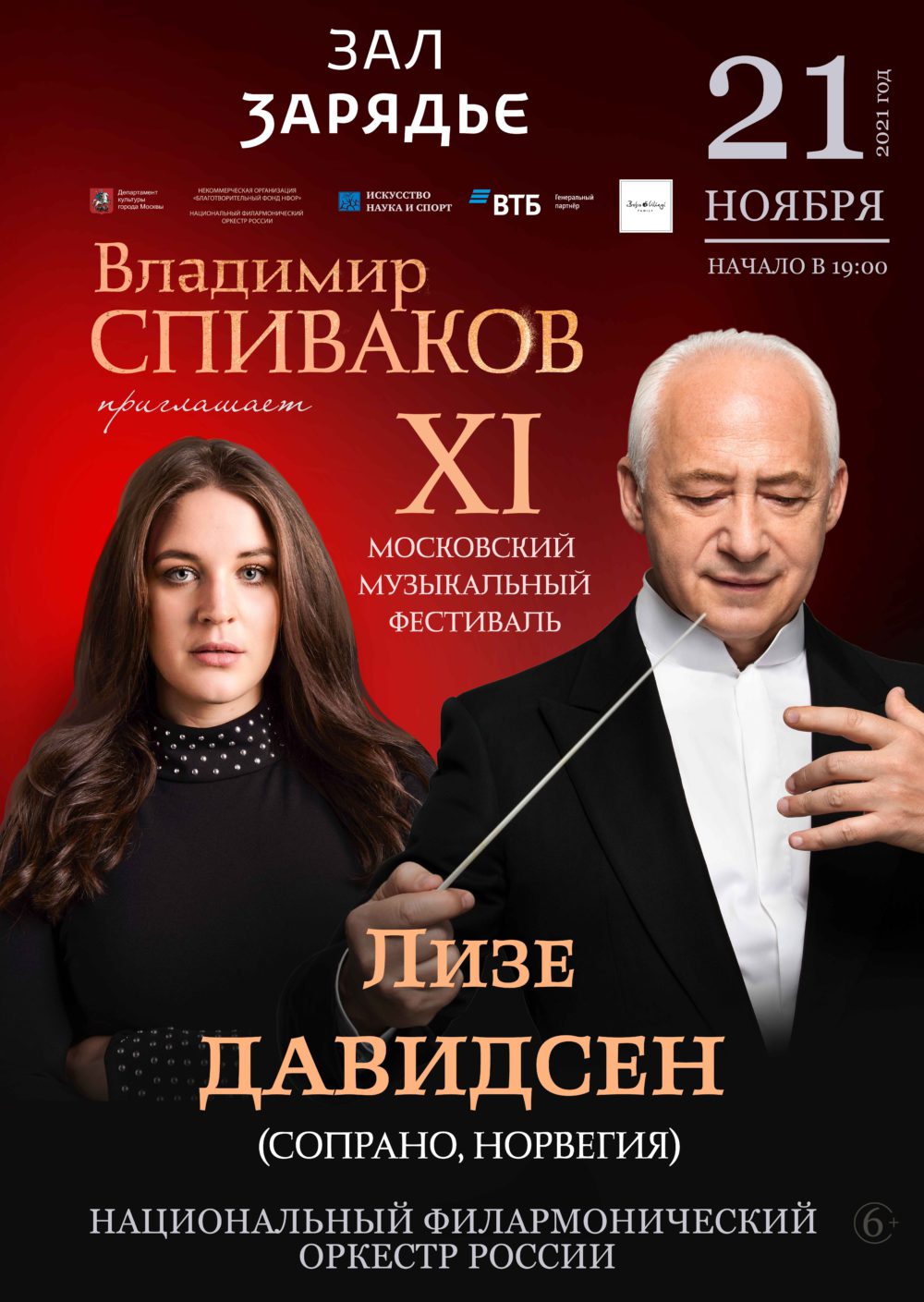 The warranted presence of world-renowned artists at the Moscow Music Festival of Vladimir Spivakov has earned it the reputation of being a top-ranked event. Thanks to Vladimir Spivakov, Moscow music-lovers have got acquainted with Jessye Norman, James Conlon, Pretty Yende, Indra Thomas, Toby Spence, Ute Lemper, Matthias Goerne, Max Emanuel Cenčić, Emmanuel Pahud and many others. The current edition of the Festival will offer to the audience an encounter with Lise Davidsen, a new star from Norway, who has never before sung in Russia.

In 2015 the 28-year-old singer won two important international contests, e.i. Placido Domingo's Operalia in London and the Queen Sonja Musical Competition in Oslo, while in both of them she was awarded also several special prizes, including People's Choice award at the former. Since that time the young artist has got swept in an avalanche of invitations from top opera theaters in the world, and regularly appeared at the Norway National Opera, made her debuts at the Metropolitan Opera in New York, the Royal Opera House in London, the Bavarian and Vienna State Opera Houses, the Zürich Opera House, and festivals in Bayreuth, Aix-en-Provence, Glyndebourne, London (BBC Proms). She has also recorded two recitals for Decca and for the first of them got acclaimed by the Gramophone as “one of the greatest vocal talents of the last years if not of the decade”.

For her first concert in Russia the singer has chosen arias from the operas which showed her brilliance on most famous opera stages. The selection underlines the diversity of her repertoire where such different composers as Verdi, Wagner and Tchaikovsky are coexisting. Davidsen's heroines include Elisabeth from Tannhäuser, Liza from The Queen of Spades, Leonora from La forza del destino, Santuzza from La cavalleria rusticana, Desdemona from Otello, Tosca and Manon from Puccini's operas of the same name.