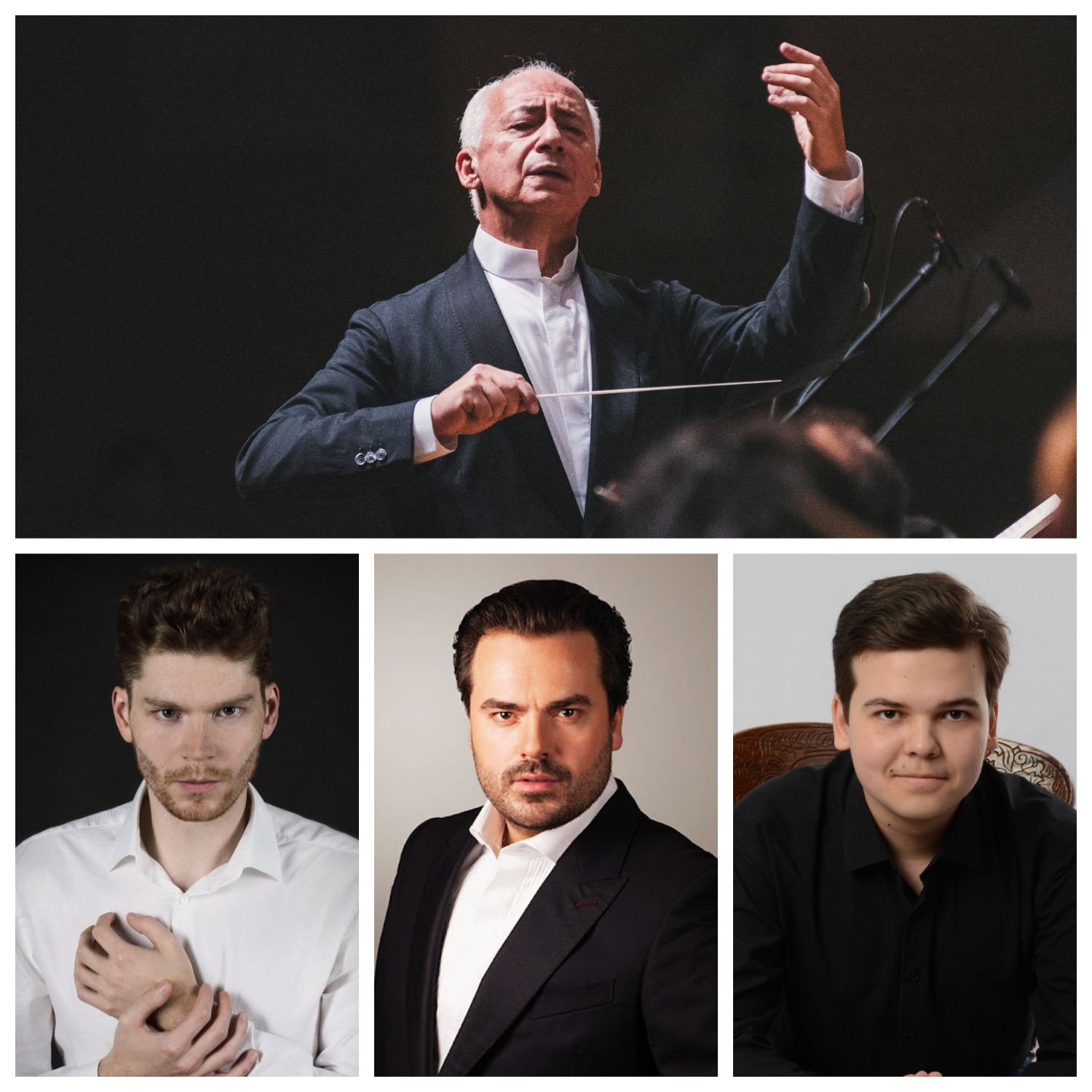 On November 27-29, 2021, Ufa will host the 5th edition of the All-Russia Music Festival “Vladimir Spivakov Invites”, the three nights of which will take place in the Bashkortostan State Concert Hall. The National Philharmonic Orchestra of Russia, along with the maestro, will be traditionally the main performer in the programs and play symphonic masterpieces by Beethoven, Grieg, Brahms, Lyadov, Mussorgsky and Shostakovich under the baton of Vladimir Spivakov (see Events). They will be joined by bright young soloists who have gained fame both in Russia and abroad.

The pianist Andrei Gugnin has gathered a huge army of admirers after his sensational appearances at the Gina Bachauer Piano Competition (Salt-Lake City), Beethoven Piano Competition Vienna, Sydney Piano Competition and some others, being the evident favorite of the audience at the Tchaikovsky Competition and getting a special prize of the Musical Life journal and Melodiya recording company for “creative maturity and artistic individuality”.

Vasily Ladiuk, one of the best Russian baritones, strengthened his brilliant vocal gift and dramatic talent in productions of the Kolobov Novaya Opera Theater of Moscow where he had been the top star for 17 years, and now has moved to the Perm Opera and Ballet Theater, singing also in the Bolshoi and important opera houses in the world.

The young pianist Timofei Vladimirov, a Grand Prix holder of the 2th Vladimir Krainev Moscow International Piano Competition, winner of the Piano Campus Competition in Pontoise (France), an awardee of the Astana Piano Passion Competition (Kazakhstan), winner and holder of a special prize “For artistry” at the “Russian Season in Ekaterinburg” International Competition; a grant-recipient of the Head of the Republic of Bashkortostan and the Government of the Russian Federation.

For the NPR and its director the Festival concerts in Ufa will follow the 3rd Vladimir Spivakov International Violin Competition there. The contest is taken place from November 22 to 24, where the maestro is a Jury member, while the NPR's musicians are to join the Bashkortostan National Symphonic Orchestra to accompany the competitors in the final round and at the Gala concert of the winners.

The NPR's tour will be held traditionally within the “All-Russia Philharmonic Seasons” Project of the Moscow Philharmonic Society and the Russian Ministry of Culture with support of Alisher Usmanov's  “Arts, science and sport” Charity Foundation.

The NPR's Russian tours during the 2021-2022 season are dedicated to the 100th anniversary of the Moscow Philharmonic Society.