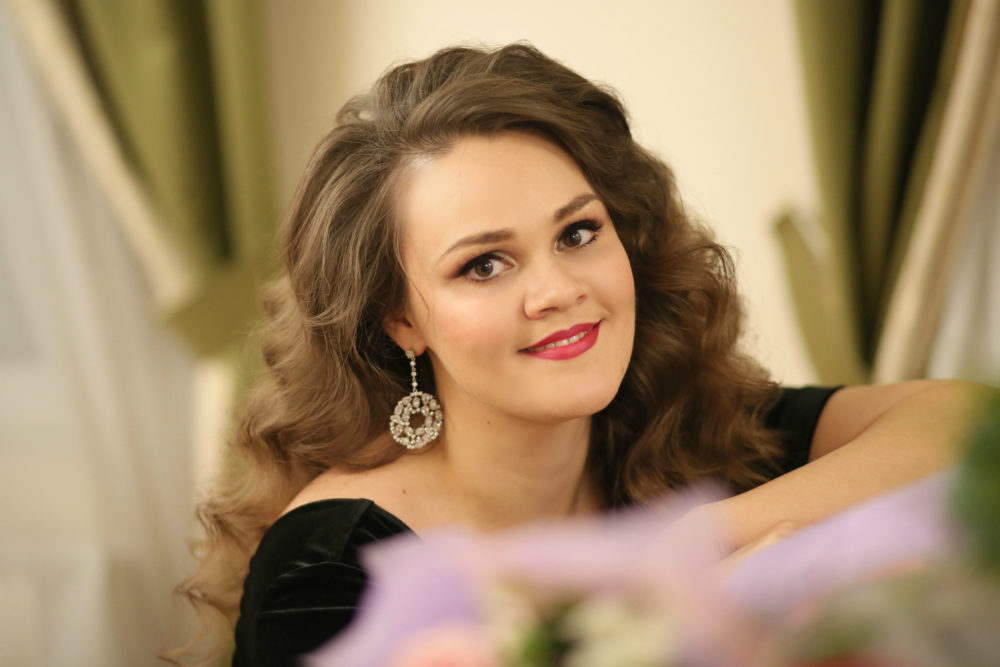 'Polina Shamaeva sings almost everything: Baroque and Classicism, music by Russian, French, Italian and Spanish composers, Soviet classic songs. She seems to have actually no rivals on concert stage at present.' Such is the critics' opinion of the art of Polina Shamaeva, star of the E.V.Kolobov New Opera Theater and the Hungarian State Opera,

Vladimir Spivakov discerned the young singer at the very beginning of her professional career, first as a soloist of the Academy of Choral Art Choir, then as a versatile performer of chamber music and opera. Within few years Polina stood out as a sparkling concert and opera singer, winning the Grand Opera TV Project where she also got the Audience Award. She became a permanent member of Vladimir Spivakov's Moscow concerts and various tours, and was also invited to take part in the recording of Tchaikovsky's opera Eugene Onegin under the maestro's direction.

At the Vladimir Spivakov Invites Festival Polina Shamaeva will sing Ernest Chausson's Poème de l'amour et de la mer, the work written at the end of the Late Romanticism era. The Poème tells about a man who after a tragic personal drama regained the fortitude to overcome the earthly love for a woman by discovering love for an immortal element – the sea. The two parts of the Poème; La Fleur des eaux (an exquisite seascape the contemplation of which is darkened by apprehension of despair) and La Mort de l'amour (an unbearable suffering giving way to reconciliation with fate) are separated from each other by an arresting orchestral interlude.