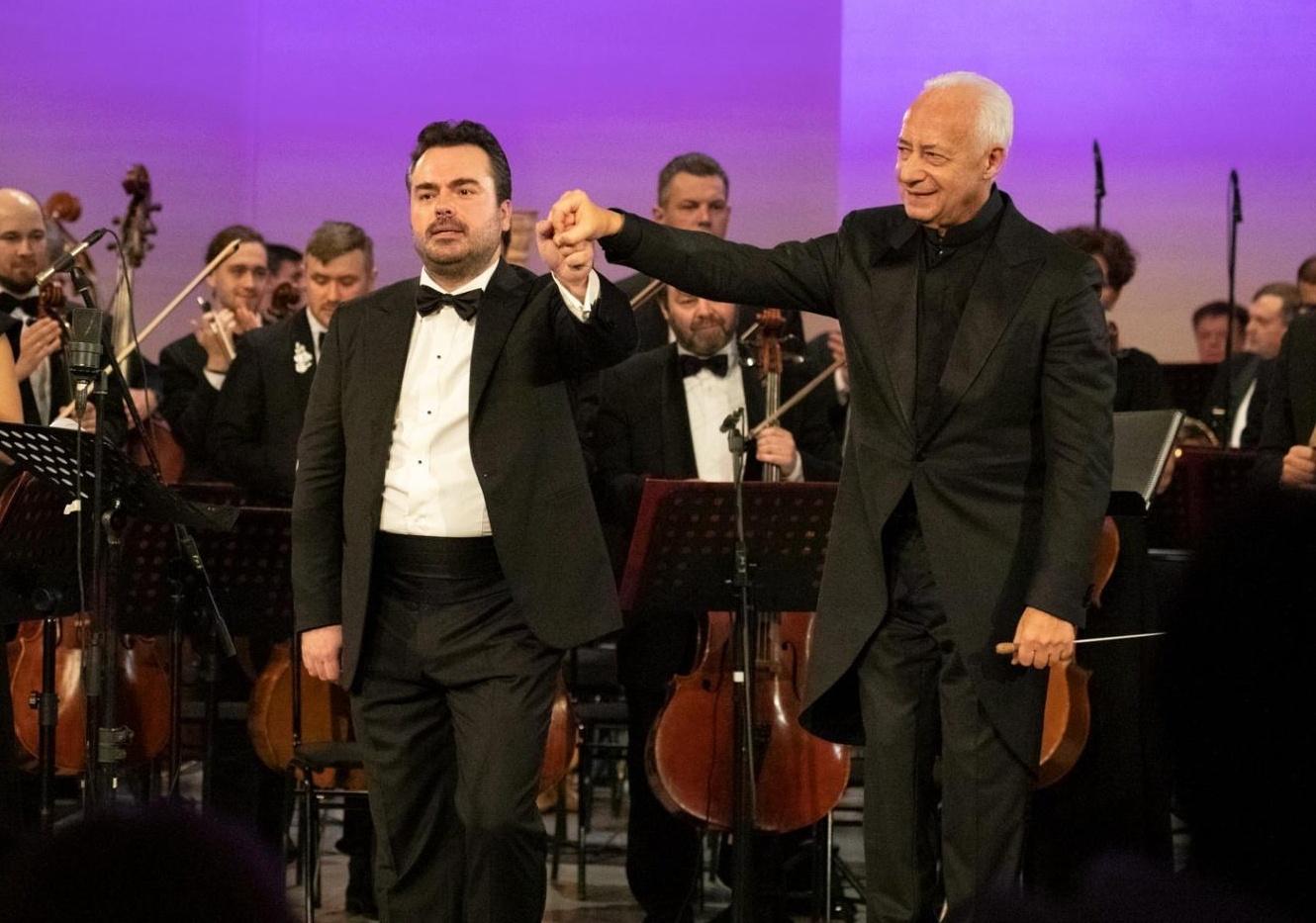 On April 8, the Zaryadye Hall will host Vladimir Spivakov and the National Philharmonic Orchestra of Russia together with their long-time and beloved artistic partner, master of the opera stage Vasily Ladyuk. He revealed his bright vocal and drama talents in productions of the E. Kolobov “Novaya Opera” Theater whose star he had been for 17 years. In the 2021/2020 season he joined the Perm Opera and Ballet Theater, while being a guest star at The Bolshoi and appearing in big opera houses worldwide.

'His performances are marked by unusual tenderness and expressiveness, enthralling tonal grandeur and refined artistry as well as by noble dignity owing to which one sees unambiguously a genuine master of the opera genre' – in such words critics appraise Vasily Ladyuk's wonderful skills. Vladimir Spivakov defines his stage partner as 'a marvelous singer and artist with inexhaustible energy for whom opera is not merely a music genus but the art full of living force', underlining his 'musicianship and intellect, love for the art and desire to learn, nobleness and proficiency, openness to most bold ideas'.

The musicians have got behind them a great number of joined performances in Moscow and Russian regions, at the festivals “Vladimir Spivakov Invites...” and “Opera Live” (artistic director – Vasily Ladyuk), in European tours, also at the Colmar Festival. Moreover, in 2016 Vasily Ladyuk participated in the recording of Tchaikovsky's opera “Eugene Onegin” under Vladimir Spivakov, singing the eponymous part. In 2019 the musicians recorded the “Bel Canto Treasures and Rarities” Album. Into the gala concert at the Zaryadye the conductor and the soloist have included popular orchestral pieces and arias from operas by Tchaikovsky, Bizet and Italian composers-masters of bel canto.