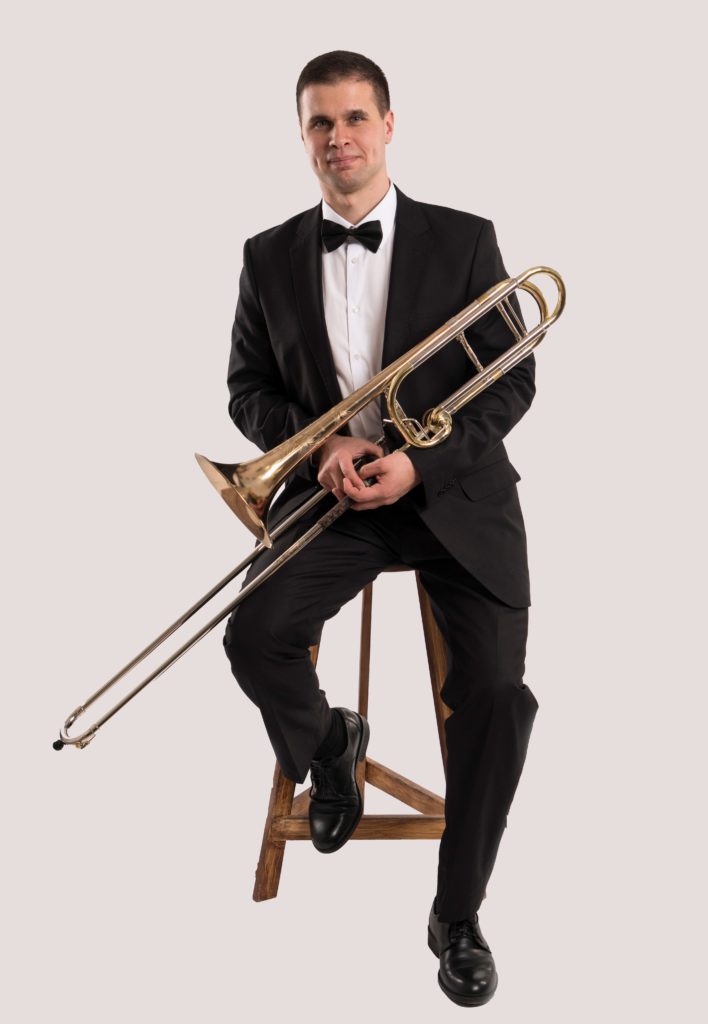 Alexander Demidenko was born in 1983. In 2002 he graduated from the Rimsky-Korsakov Musical College (classes of M.N . Mikhlin) in Mogilev. He continued his studies at the Belarusian State Academy of Music in Minsk (classes of S. Protsenko), at the St. Petersburg State Conservatory (classes of Professor V.V.. Sumerkin), and then moved to Moscow where he graduated from the Tchaikovsky State Conservatory (first, classes of Professor AT Skobelev and later classes of Professor V.B. Batashev). He performed as a soloist with the Navy State Orchestra of St. Petersburg (Conductor - Dmitry Misyura) and of Moscow (Conductor - Aleksey Karabanov), the Orchestra of the St. Petersburg State Academic Choir (Conductor - Alexander Chernushenko), the Moscow State Symphony Orchestra under by Pavel Kogan (Conductor - Alexander Sydnev). He worked in the Symphony Orchestra of the National Academic Bolshoi Theater in Minsk, the Symphony Orchestra of the St. Petersburg Capella. Since 2014 he has been a member of the National Philharmonic Orchestra of Russia. He was awarded the Second Prize at the Rimsky-Korsakov International Competition of Wind Instruments (2008, St. Petersburg). He took part in the First All-Russian Seminar of trombonists (2009, Moscow). In 2001 he was awarded a scholarship by the Special Fund of the President of the Republic of Belarus.