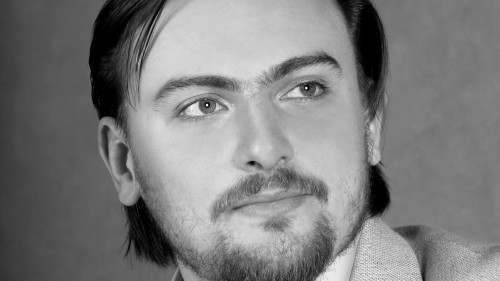 March 28, 2016 | The Svetlanov Hall of the Moscow International Performing Arts Center Subscription Series "Masterpieces for All Times" Soloist - Igor Golovatenko, baritone Conductor - Vladimir Spivakov Mussorgsky. "St. John's Eve on Bald Mountain" (Orchestration by Rimsky-Korsakov) Mussorgsky. "Songs and Dances of Death" on poems by A. Golenishchev-Kutuzov (Orchestration by Dmitri Shostakovich) Liadov. "Enchanted Lake", Op. 58 Scriabin. "Poem of Ecstasy", Op. 54 BUY TICKET For Vladimir Spivakov any performance of the masterpieces of Russian music is not just a tribute to the national musical culture, but always a vibrant call of an artist to deliver his sincere thoughts in their native language. Thus it is intentional that the National Philharmonic Orchestra of Russia, founded by the Maestro, regards as its most important task the continuation of the traditions of three great Russian conductors - Evgeny Mravinsky, Kirill Kondrashin and Evgeny Svetlanov, all unsurpassed interpreters of Russian classics. As earlier Evgeny Svetlanov, Vladimir Spivakov often combines in one program Liadov's Symphonic Picture "Enchanted Lake" and Scriabin's "Poem of Ecstasy". Performing Liadov's work, Spivakov, a professional painter himself, finds amazing fanciful colours, reminiscent of paintings of the Impressionists ("picturesque, clear, with stars and mystery in the depths," as Liadov wrote). In the epic "Poem of Ecstasy" by Scriabin, a great master of tone-painting, the Maestro solves even more complex tasks, implementing the idea of "the greatest immensity in the sphere of sublime subtlety", as formulated by the composer. The Symphonic Picture "St. John's Eve on Bald Mountain" (or “Night on Bald Mountain) is one of Vladimir Spivakov's most beloved pieces. "There are many versions, but I prefer the orchestral edition by Rimsky-Korsakov, who, with great reverence, took the best of what Mussorgsky had created ", - he says, - 'St. John's Eve' is an outstanding example of 'demonic music', where 'a true reproduction of folk fantasies' was of paramount importance for the author." Not inferior to this work in intensity or in popularity is the dramatic cycle "Songs and Dances of Death" on poems of Golenishchev-Kutuzov, where the theme of human sufferings, expressed in musical images, generates an unparalleled tragic effect. Vladimir Spivakov invited Igor Golovatenko as the soloist for Mussorgsky's Cycle. The stage debut of the singer, formerly a cellist and a gifted conductor (a student of Gennady Rozhdestvensky!), took place with the National Philharmonic Orchestra of Russia in 2006, and since that time he has made impressive progress, receiving solid operatic engagements in Italy, France, Germany, and is now a soloist of the Bolshoi Theatre and the NPR's permanent partner.