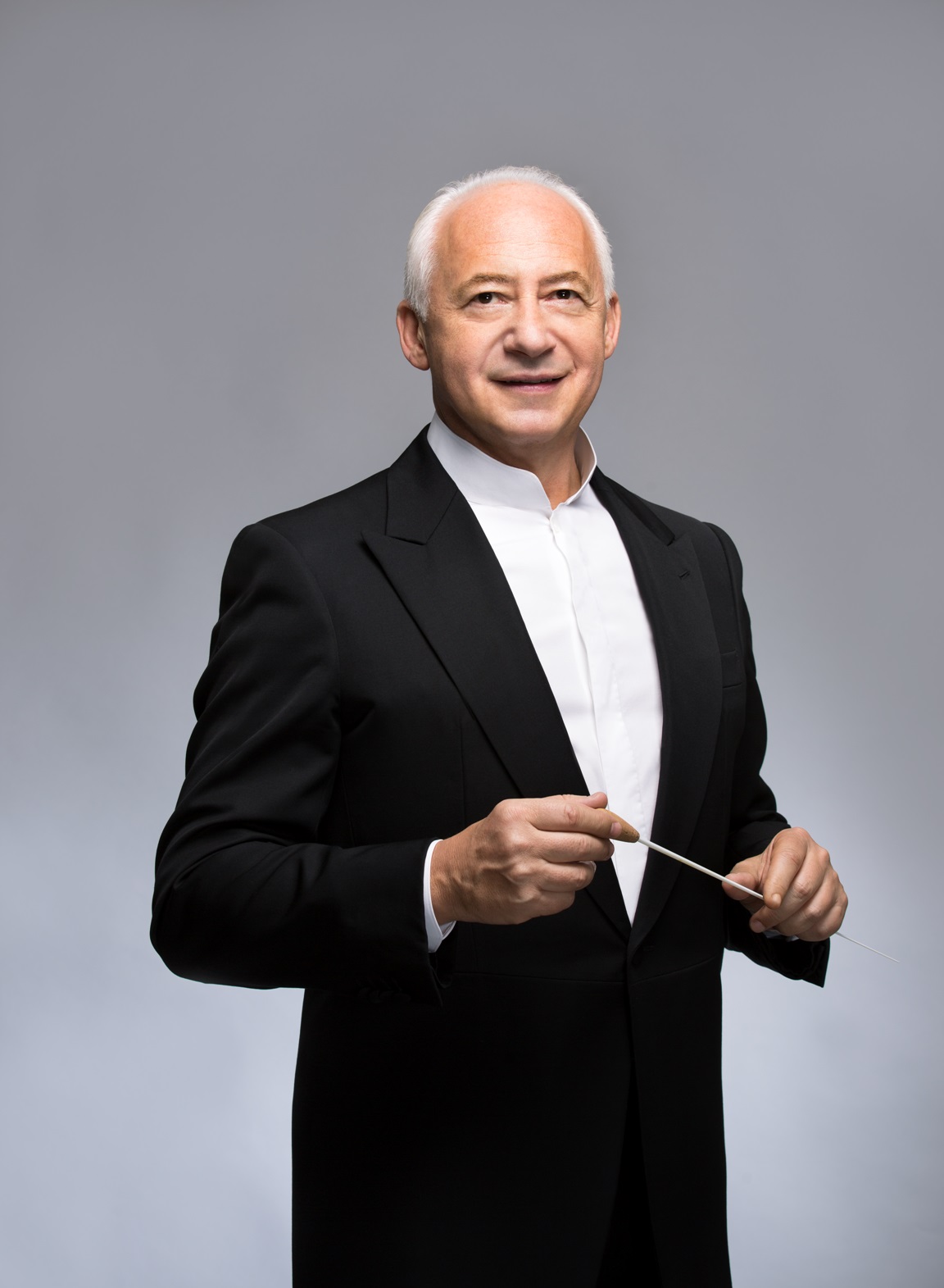 As usual Vladimir Spivakov and the National Philharmonic Orchestra of Russia complete the concert season with tours in Russia. On June 1-3 the Maestro and the Orchestra will give concerts in Omsk, and on June 5-9 - in Perm.
The “Vladimir Spivakov invites ...” Festival has been held in Omsk from 2012 and since 2010 in Perm as part of the “All-Russian Philharmonic Seasons” Project. The event is supported by the Ministry of Culture of the Russian Federation, the Ministry of Culture, Youth Policy and Mass Communications of the Perm Krai and the Government of the Omsk Region. Perm and Omsk were the first cities chosen by Maestro Spivakov to produce his regional festivals following the Moscow Festival of the same name. According to Vladimir Spivakov, “Omsk has everything that is necessary for the success of the Festival, i.e. a concert hall of outstanding acoustics and design, the active support of the Regional Government and the local Philharmonic Society, and, finally, a consummate audience well-prepared for the perception of classical music”. The Maestro likes also Perm: “Our repeated visits have convinced me that Perm is an advanced city that owns a remarkable Philharmonic Society. Not every region or regional center can boast of such a philarmonic society! And here comes an appreciative, well-behaved intelligent public, grasping all the fine nuances of any performance ...”
Within the framework of the Festival, Vladimir Spivakov presents top stars at the peak of their artistic form and also talented young musicians who are gaining their place on the musical Olympus. This time, the soloists will be Agnes Langer, a young violinist from Hungary (an award- winner of international competitions, including the Vladimir Spivakov International Violin Competition), cellist Alexander Ramm (an award-winner of the Tchaikovsky International Competition) and renowned jazz trumpeter Vadim Eilenkrig. A special gift to the Omsk people will be the screening of Charlie Chaplin's film “The Kid” with live music. This is the continuation of Vladimir Spivakov's popular project “The Chaplin Hour”, which started with the “City Lights” movie.
Five concerts in Perm promise to be the climax of the Perm Philharmonic Season. Trying to make music culture accessible to most diverse social strata of the population, the Perm Philharmonic Society organizes online broadcasts of the Festival concerts as part of the Virtual Hall Project. The broadcasts from the Great Hall of the Philharmonic Society will also be shown at the Organ Concert Hall.
The program of Vladimir Spivakov's Ninth Festival will feature concerts of symphonic music where the solo parts will be played by young talented musicians - winners of prestigious international competitions, the most sought-after artists of their generation. The works to be performed include musical masterpieces of the XVIII-XX centuries, from Mozart to Shostakovich.
Agnes Langer and Alexander Ramm will appear at the opening and the closing of the event. On June 6 the stage will be given to winners of international contests, grant-holders of the Vladimir Spivakov Charity Foundation: 17-year-old Timofey Vladimirov, the Grand Prix winner of the Vladimir Krainev Moscow Piano Competition, and 11-year-old Alexandra Dovgan, the Grand Prix winner at the Grand Piano Competition (2018). The concert on June 7 will feature Russian pianist Ivan Bessonov, the Grand Prix winner at the Chopin International Youth Competition and an award-winner at the A. Rubinshtein Competition in St. Petersburg.
In the “Bel Canto Treasures and Rarities” concert on June 8 Vasily Ladyuk, the leading soloist of the E.V. Kolobov “Novaya Opera” Moscow Theatre, the guest soloist of the Bolshoi Theatre, will sing arias from operas by Rossini, Verdi, Bellini, Donizetti, while the NPR's soloists Kirill Soldatov (trumpet) and Andrey Mikhaylovsky (clarinet) will display their virtuosity in concert variations on themes from popular operas.