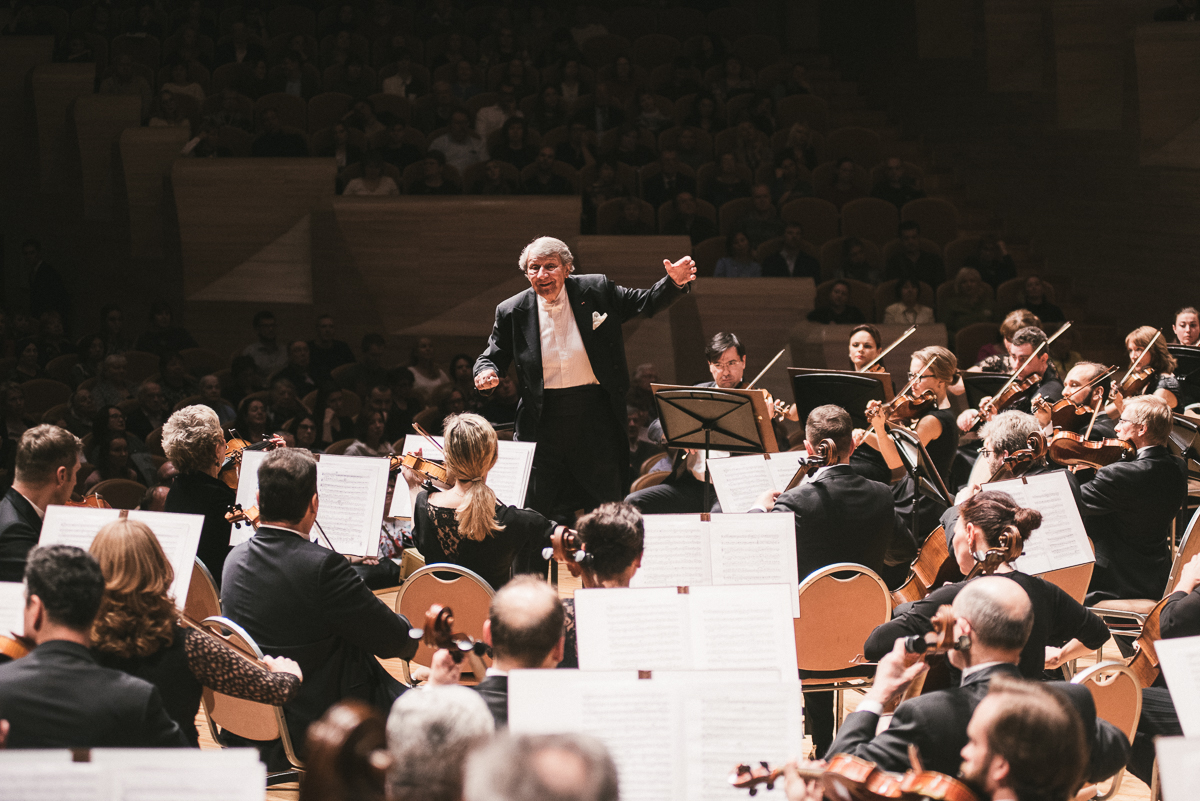 A concert of the National Philharmonic Orchestra of Russia under the baton of  French conductor Michel Plasson was held on the stage of the Svetlanov Hall of the Moscow Intermational Performing Arts Center on April 12. The Maestro had directed previously the Russian collective only in France - at the International Music Festival in Colmar. The first joint performance took place on July 14, 2006 (that year edition of the Festival was dedicated to Emil Gilels), and the program of the concert was compiled exclusively of works by Maurice Ravel - one of Plasson's  most treasured composers. Ravel's music (Ma mère l'Oye, the First Piano Concerto with Philipp Kopachevsky as soloist) was also played in Part 1 of the Moscow concert.

The 29th edition of the Colmar Festival in 2017 was dedicated to Michel Plasson himself and Vladimir Spivakov again provided his orchestra to his old friend and colleague. At the Festival opening the NPR directed by Plasson played compositions by Ravel (the Second Piano Concerto and Bolero) and Symphony No. 2 (Le Double) by Henri Dutilleux.

“The 83-year-old maestro Michel Plasson very clearly demonstrated at the opening concert his style of conducting,” said the Badische Zeitung  critic Alexander Dick  - “The Second Symphony by Henri Dutilleux was written and for the first time performed in 1959 by Charles Münsch, one of Plasson’s mentors. And Ravel. It would be regrettable that there was no Toulouse Orchestra sitting on the stage  in the stuffy church of Colmar, but the Festival’s 'home orchestra', the National Philharmonic Orchestra of Russia under the direction of Spivakov, is more than merely a proper substitute, it is an excellent international musical force.”

The Maestro’s second grandiose Festival program was the performance of Hector Berlioz’ dramatic legend La damnation de Faust  with the participation of the NPR, an international team of singers and the “Masters of Choral Singing” Choir. Another of Berlioz' masterpieces, the illustrious Symphonie fantastique, completed the main program of the concert on April 12 at the Moscow Internarional Performing Arts Center.

The Moscow public saluted  the French Maitre most warmly. Responding to the thunderous applause at the end of Part 1, Michel Plasson and Philipp Kopachevsky decided to repeat the Finale of the Ravel Concerto, which had just been played, as an encore. 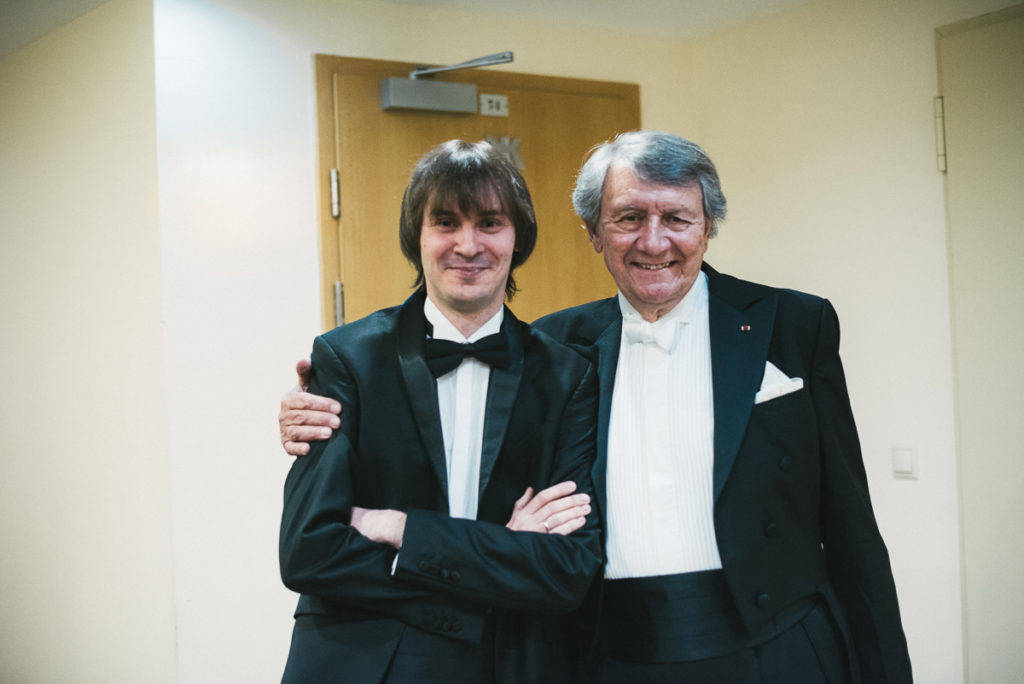 Part 2 of the program, Symphonie fantastique, was acclaimed by the audience with even greater enthusiasm. Then the Maestro addressed the audience, saying: “Ladies and gentlemen. I am performing for the first time in this Hall and am very happy to be with you today. Therefore, I allow myself to extend the concert a bit and perform another small piece which you might know and by which I would like to say you Au revoir. I think this is the music from heaven.  Adagietto.” The encore performed by the NPR string group was a touching Adagietto from Georges Bizet's music to  Alphonse Daudet's drama  L'Arlésienne, met with a long ovation. 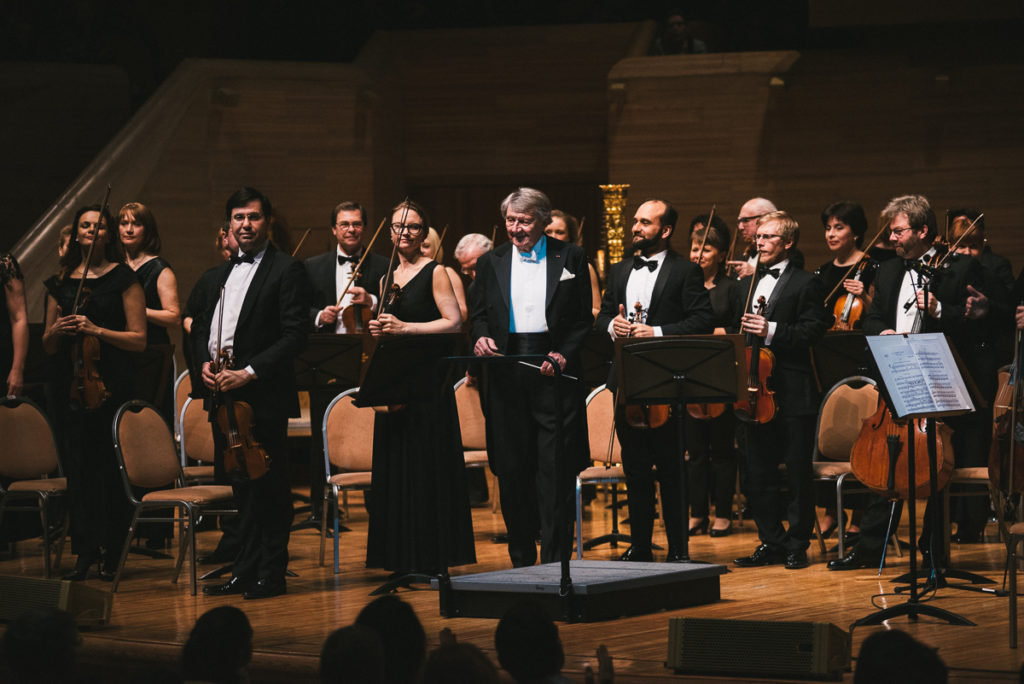 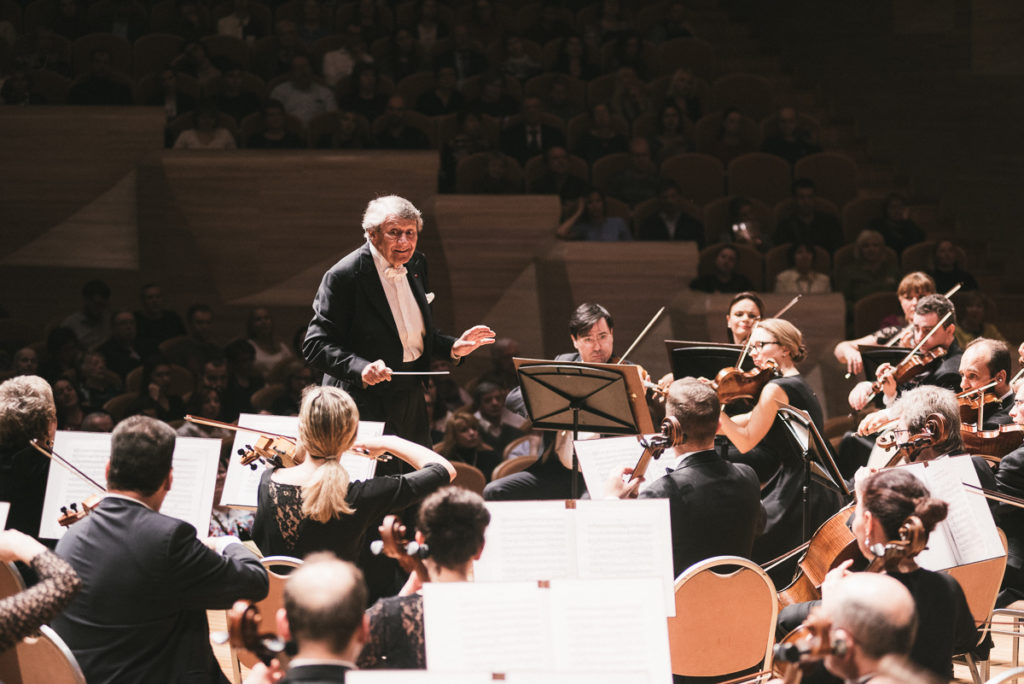 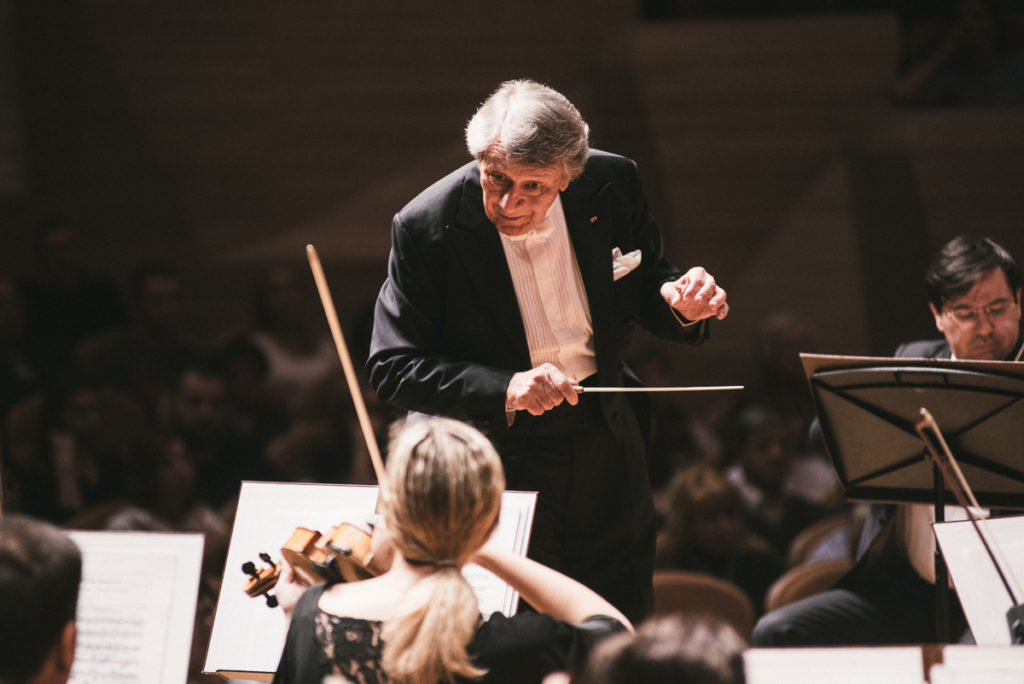 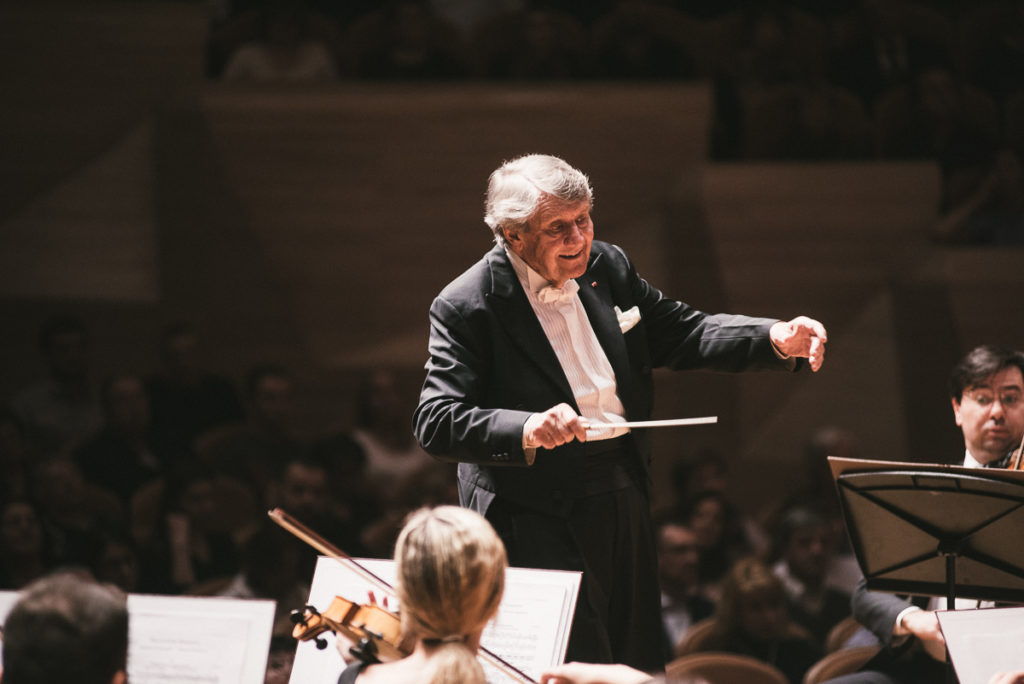 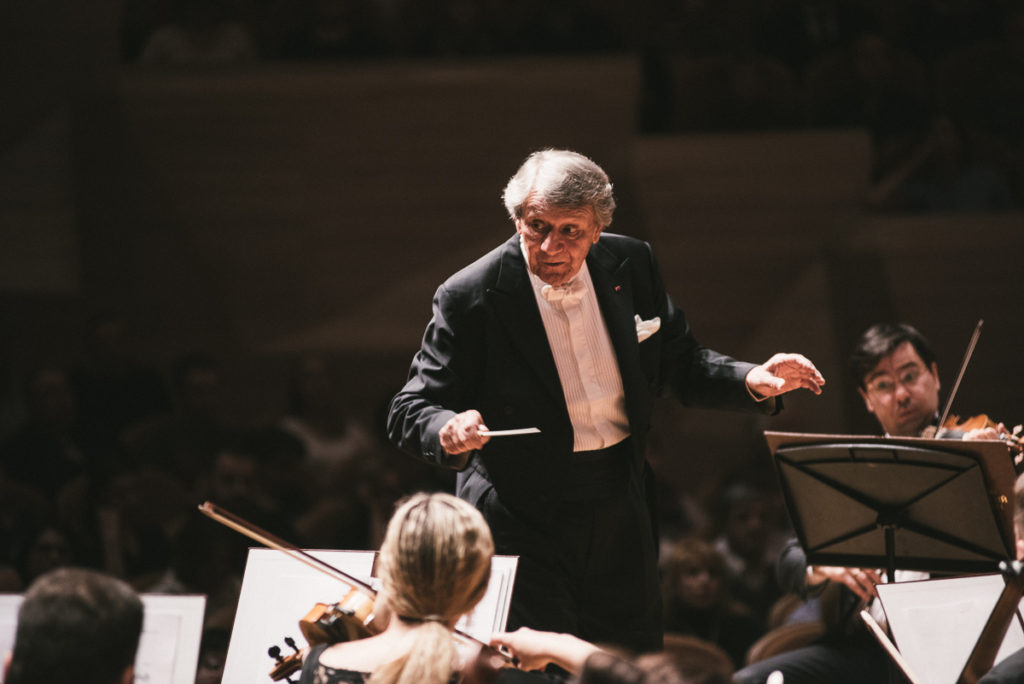 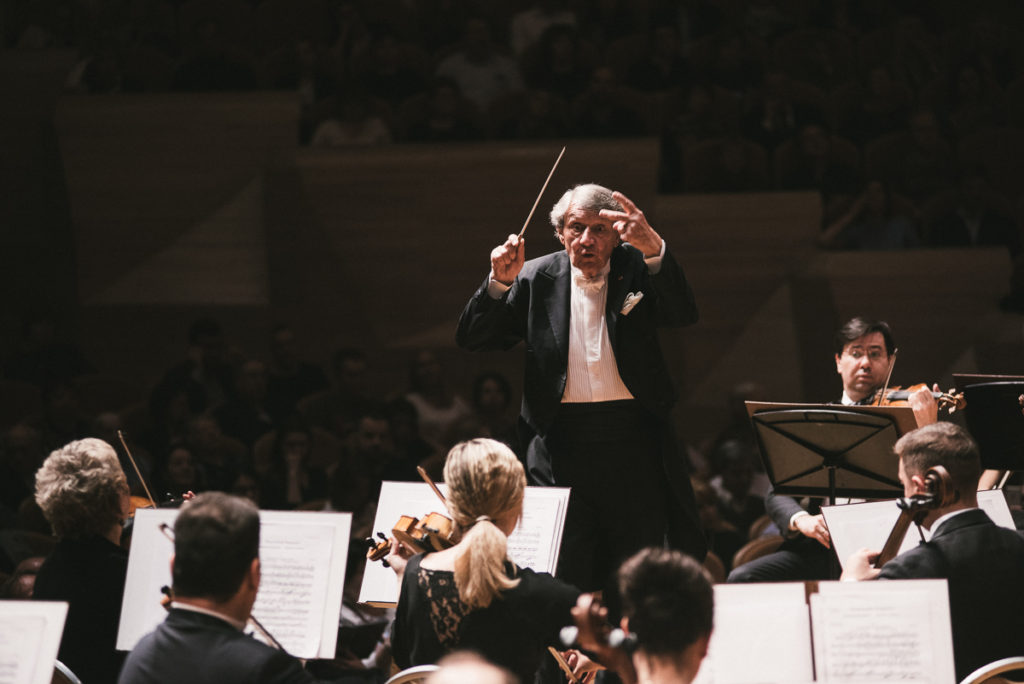 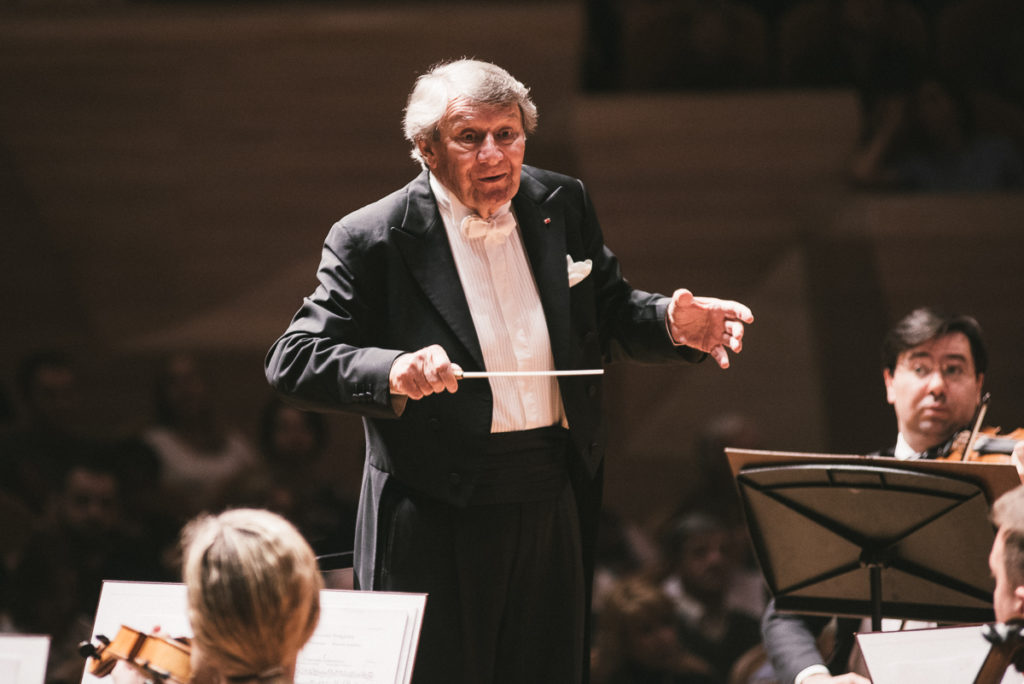 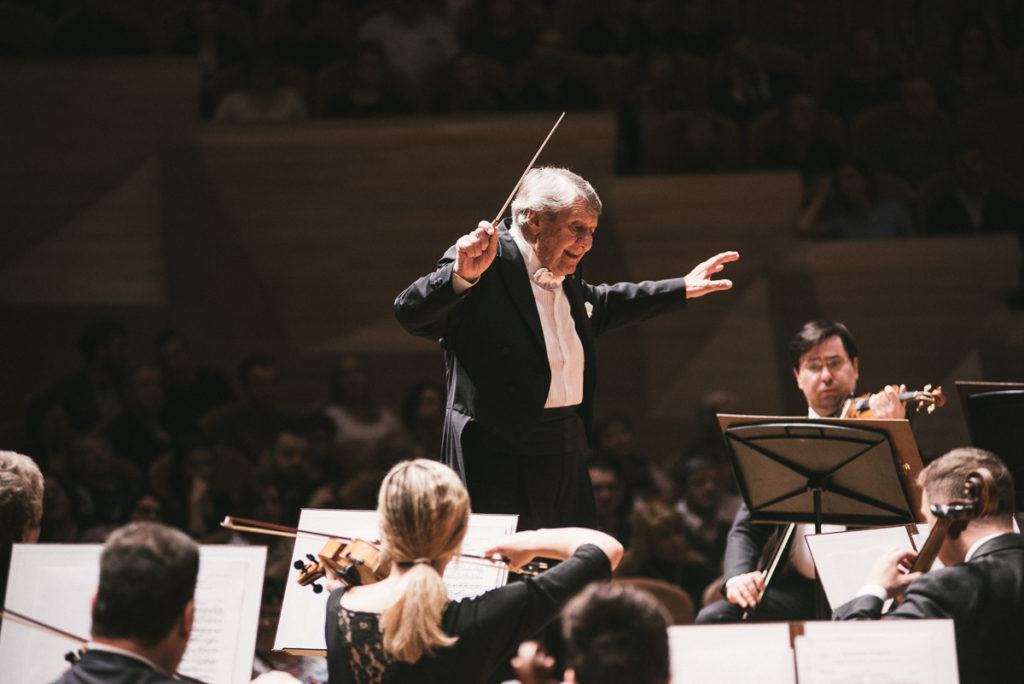 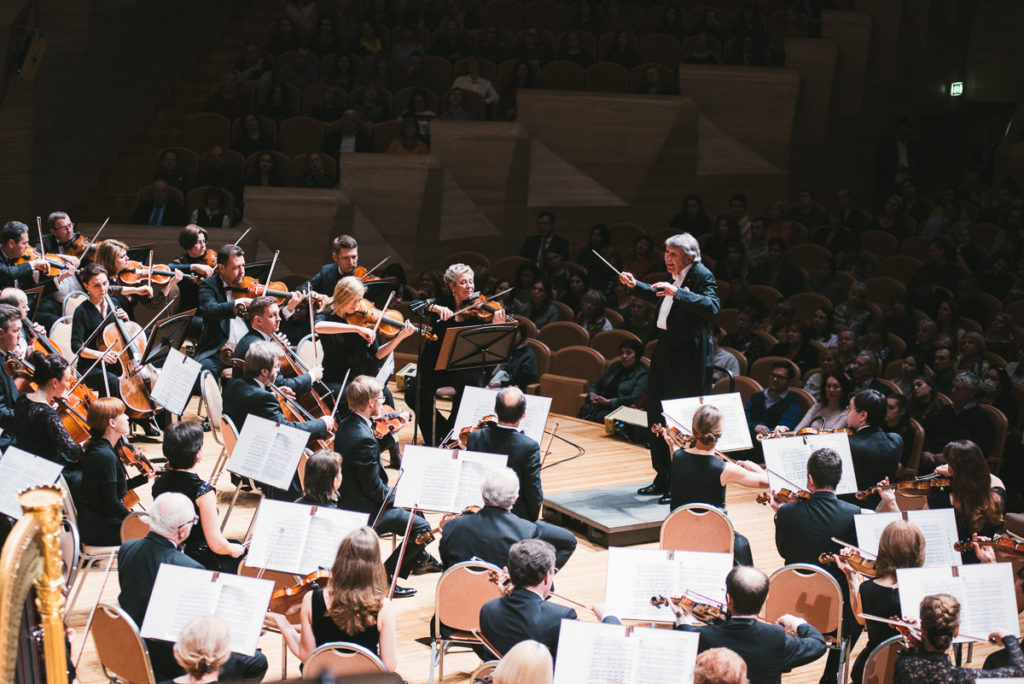 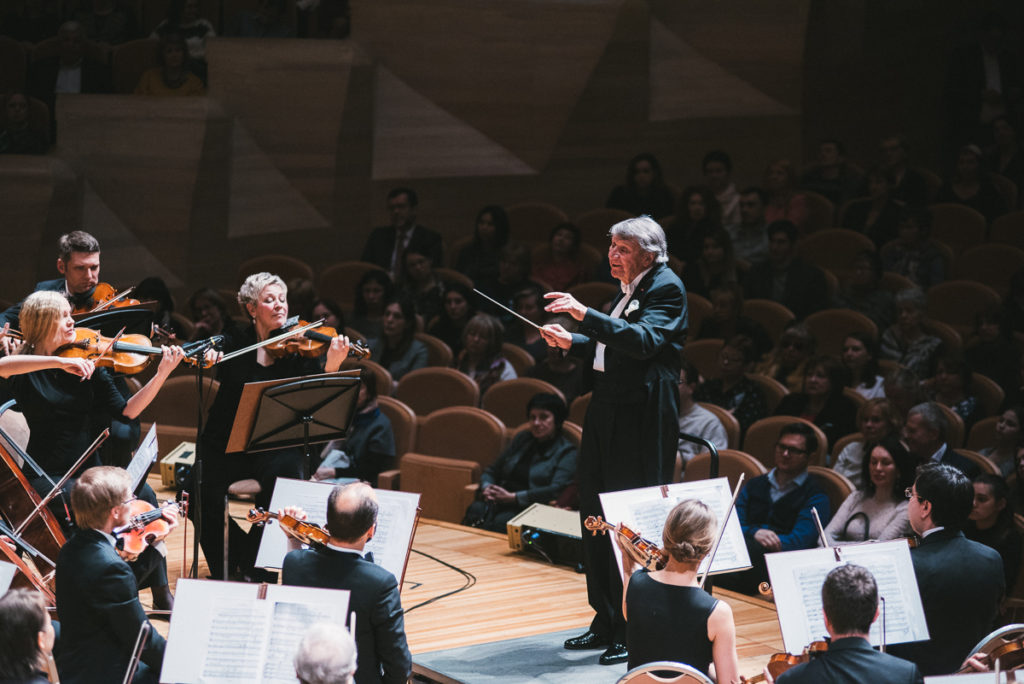 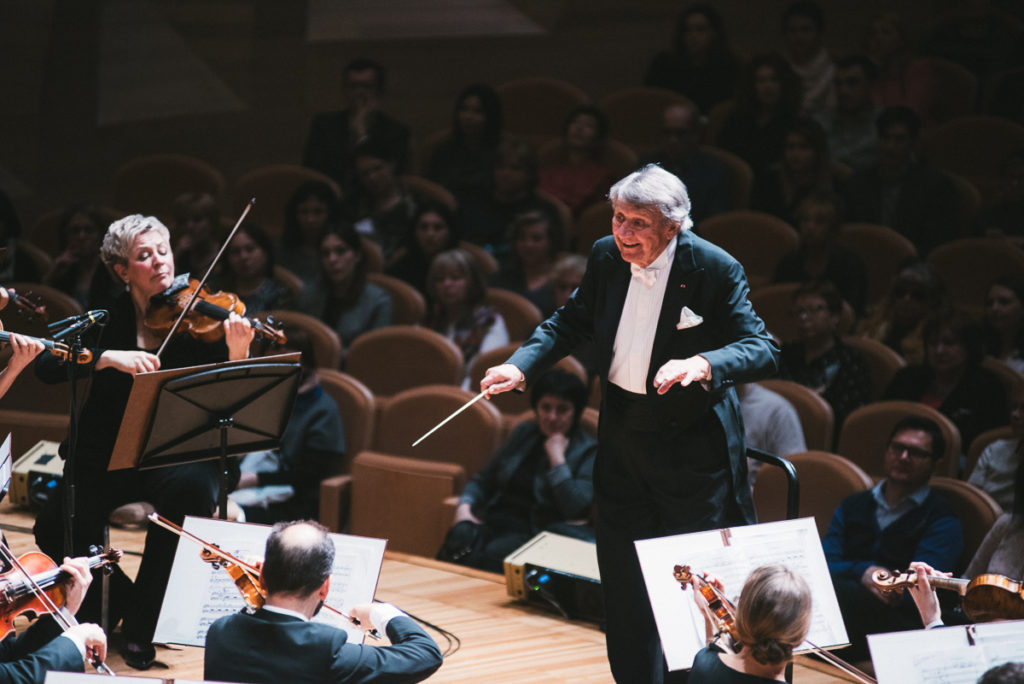 Fragments from the concert: