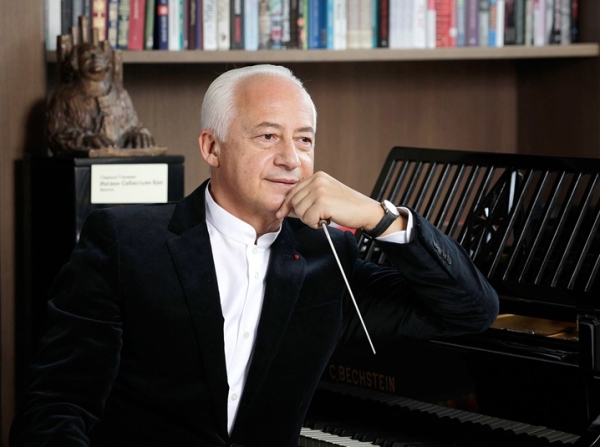 The “Bel Canto Treasures and Rarities” is a program of the NPR, dedicated to the memory of Dmitri Hvorostovsky and presented to the audience in Perm and Moscow. It includes overtures and arias from operas by Bellini, Donizetti, Rossini and Verdi, as well as virtuoso concert variations by Arban and Bassi on themes from popular operas, played by the NPR's soloists - Kirill Soldatov (trumpet) and Andrei Mikhailovsky (clarinet).

Requiem of the modern British composer Karl Jenkins was performed for the first time in Moscow at the closing concert of the IX Christmas Festival of Sacred Music on the 27th January 2019. A distinctive feature of the work is a combination of liturgical Latin text with lyric Japanese haiku - poems about life and death, as well as the presence of exotic instruments in the score. The grandiose opus was produced by the NPR together with the Academic Grand Choir "Masters of Choral Singing". The solo parts will again feature by Anna Aglatova (soprano), Egor Parfenyuk (treble), the NPR's soloists Sergey Zhuravel (flute) and Ilona Nokelaynen (harp), as well the soloists of the choir, performing at the Moscow premiere in traditional Japanese costumes, Evgenia Kurova (soprano), Anna Nemzer (mezzo-soprano) and Angelina Zelenskaya (mezzo-soprano). In Russia, Jenkins Requiem will be recorded on a CD for the first time.

The permanent partner of the NPR and Vladimir Spivakov in the recordings process is the German sound producer Philipp Nedel, winner of the Grammy and ECHO Klassik awards, permanent partner of the Decca, Deutsche Grammophon, EMI, Sony Music and Onyx studios. In 2015–2018, with the participation of Nedel and his B-sharp company, the National Philharmonic Orchestra of Russia had released CD's “Wounded Heart” (Sony Music), “Holy Russia” (Spivakov Sound) and recorded a number of works by Russian and European classics as well as Tchaikovsky's opera “Eugene Onegin" (see Audio).