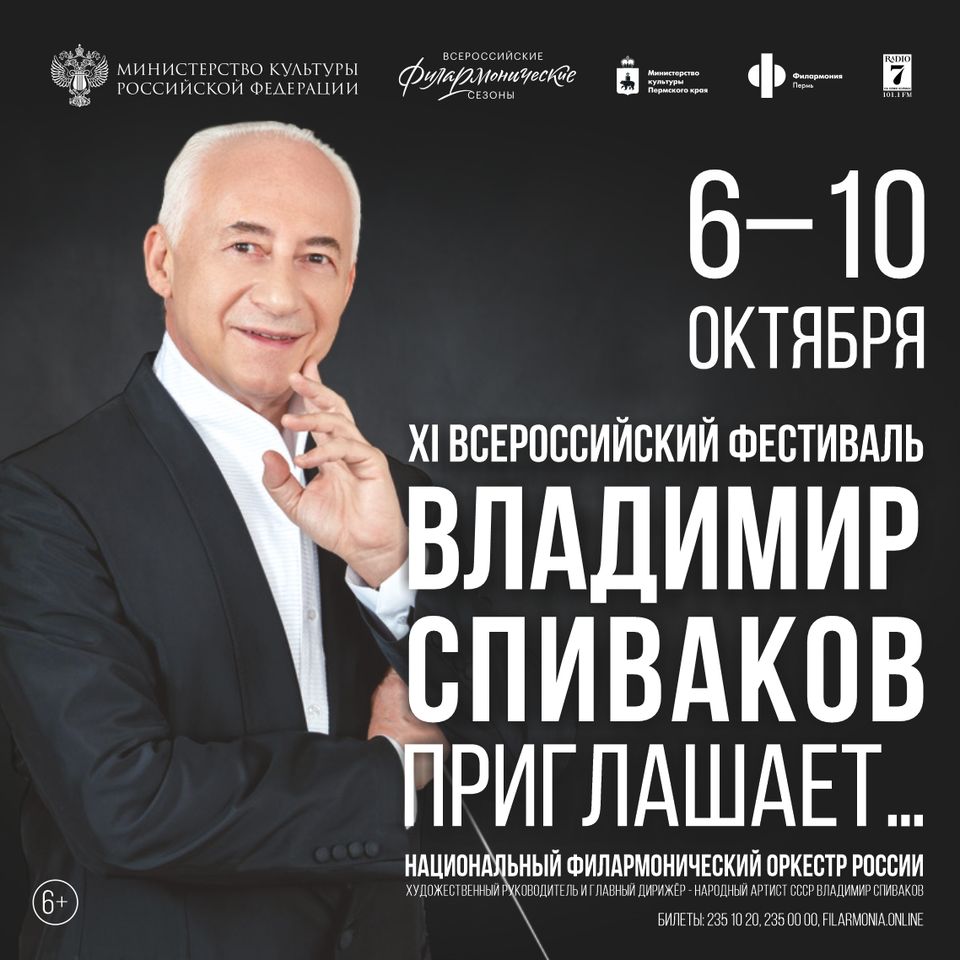 On 6-10 October, 2020, Perm will host the 11th Edition of the All-Russia Festival “Vladimir Spivakov Invites ...”. As usual, the National Philharmonic Orchestra of Russia under the direction of its permanent artistic director and principal conductor will take part in all Festival concerts. Vladimir Spivakov's Festival is anticipated as one of the most memorable events in the cultural life of the Kama region. The maestro will treat the audience with immortal masterpieces (see Events), introduce new works and present young gifted musicians, who are rapidly climbing the musical Olympus, and outstanding artists at the summit of their careers.
The five musical nights of the Festival will take place in the Great Hall of the Perm Regional Philharmonic Society. In addition, in its pursuit of making musical culture accessible to various social strata of the population, the Perm Philharmonic Society is organizing online broadcasts of all concerts within the framework of the “Virtual Hall” Project. The broadcasts from the Great Philharmonic Hall will also be on at the Organ Concert Hall.

The Festival will start with the masterpiece of the contemporary British composer Karl Jenkins - Requiem, which combines the canonical Latin text of the Mass with Japanese hokku, while the symphony orchestra includes also some ethnic instruments.
The second program will present masterpieces of Russian music with the participation of Andrei Gugnin, one of the most ingenious contemporary Russian pianists.
The rising stars Victoria Karkacheva (mezzo-soprano) and Ekaterina Petrova (soprano) will embellish the opera gala on the Festival's third night.
The fourth program of the Festival is entirely devoted to works by Beethoven, whose 250th birthday is celebrated this year worldwide. Anna Tsybuleva, the winner of prestigious competitions in Hamamatsu (Japan) and Leeds (Great Britain), is invited to play the solo part in the Piano Concerto of the Viennese classic.
The Festival will end with a big symphony concert, in which Vladimir Spivakov himself will perform as a soloist, with the NPR's new regular conductor Arsentiy Tkachenko on the podium.

The Festival is supported by the Ministry of Culture of the Russian Federation as part of the All-Russia Philharmonic Seasons Project.