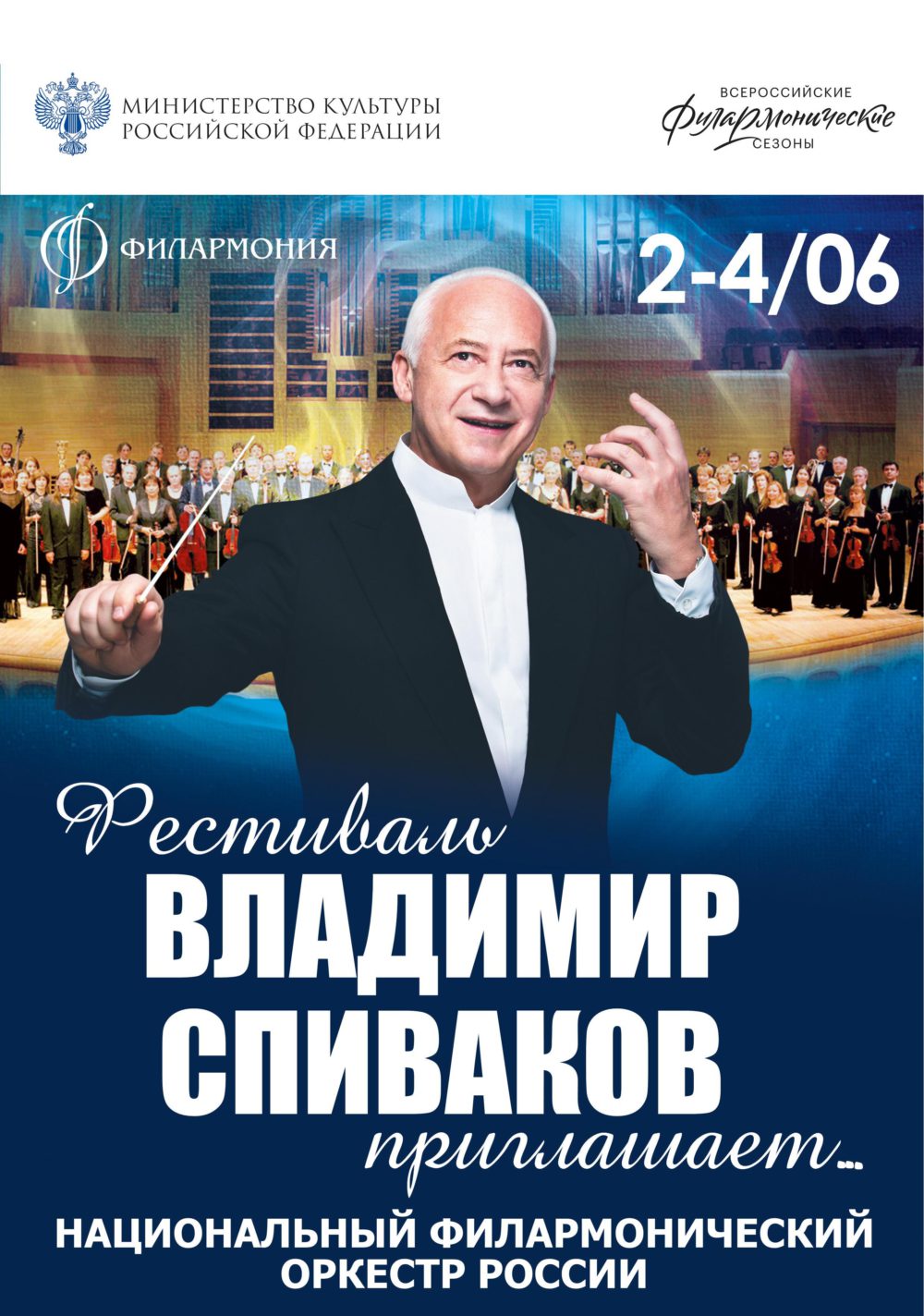 As usual, the National Philharmonic Orchestra of Russia will complete its 2020/2021 season touring Russia and giving eight concerts as part of the “Vladimir Spivakov Invites...” Festival in Omsk (June 2-4) and Perm (June 6-10). The performances will feature musical masterpieces of various genres and epochs: from dance miniatures to a Requiem mass, from Viennese classics to modern film scores. This year the Festival will present several topical programs, including two monograph concerts dedicated to Mozart and Beethoven as well as a program made only of waltzes of all kinds (see Events).

According to the Festival's tradition, Vladimir Spivakov and the National Philharmonic Orchestra of Russia will be joined by stars of performing arts in their prime and talented young musicians who are ascending the musical Olympus. Pianists Eva Gevorgyan and Andrei Gugnin, violinist Sergei Dogadin, baritone Vasily Ladyuk will manifest their mastery and charisma. A special gift to Omsk people will be the night on June 2, when Vladimir Spivakov himself will perform as a soloist playing his Stradivarius violin. The Academic Grand Choir “Masters of Choral Singing” under the direction of Lev Kontorovich will unite with the NPR and the maestro for Luigi Cherubini's Requiem in memory of Louis XVI on June 4 and 6. Two programs will be directed by young conductor Arsenty Tkachenko, a former member of the conductor-trainee group of the orchestra.

The “Vladimir Spivakov invites ...” Festival will be hosted in Omsk for the ninth time (since 2012), in Perm - for the twelfth (since 2010). The event is produced within the framework of the “All-Russian Philharmonic Seasons” Project supported by the Ministry of Culture of the Russian Federation, the Ministry of Culture, Youth Policy and Mass Communications of Perm Krai and the Government of Omsk Oblast.