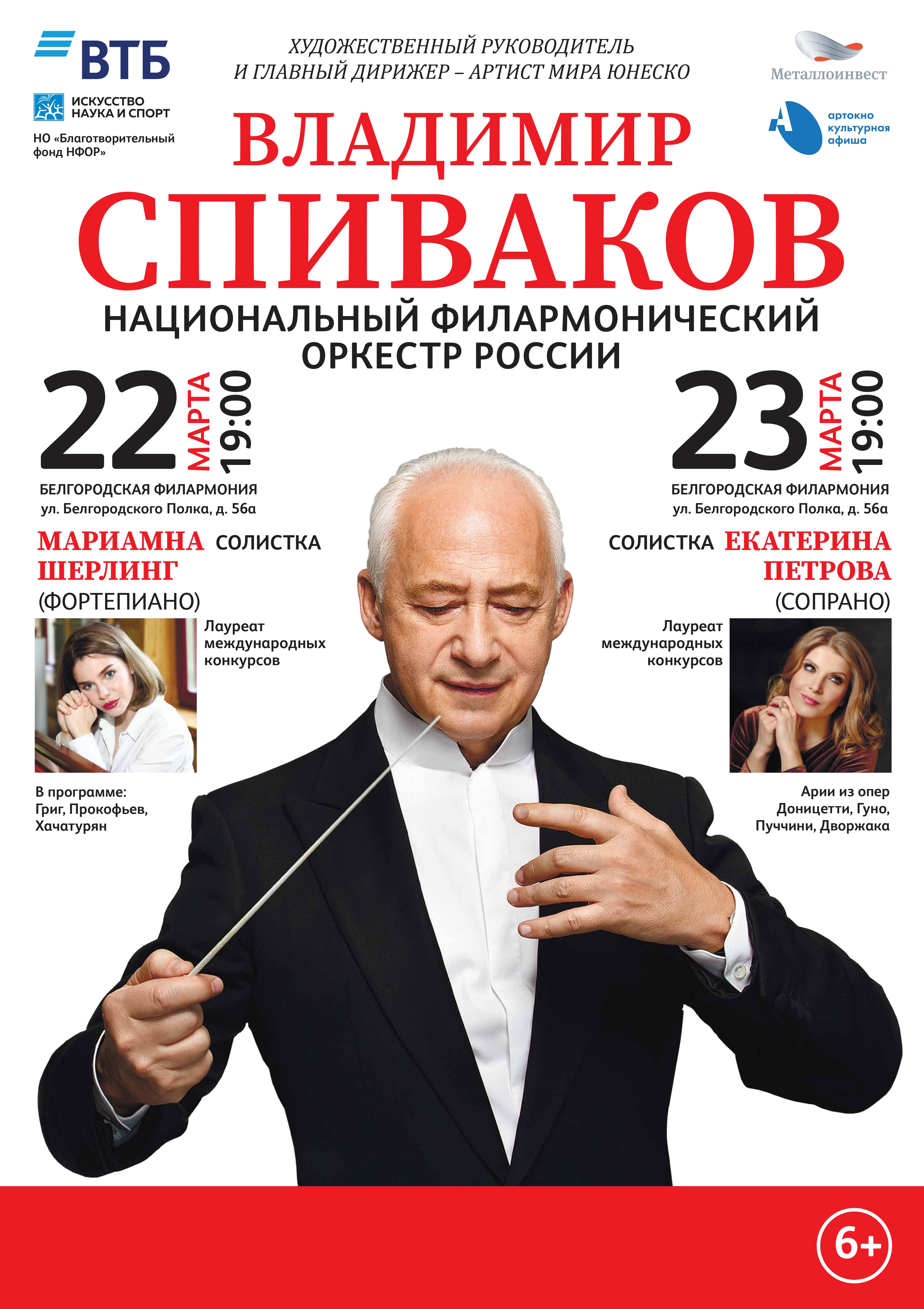 On March 21-27, the Belgorod and Kursk Oblasts will host the National Philharmonic Orchestra of Russia directed by Vladimir Spivakov. The collective will give seven concerts under the auspices of the ArtOknoFest Project of the “Arts, Science and Sports” Alisher Usmanov Charity Foundation supported by the Metalloinvest Company. Along with the Belgorod and Kursk cities, the performances will also be given in towns of Stary Oskol, Gubkin and Zheleznogorsk (see Events).

In all five venues, Vladimir Spivakov and the NPR will share the stage with young pianist Mariamna Sherling, a Moscow Conservatory student, grant-holder of the Vladimir Spivakov Charity Foundation, awardee of renowned competitions in Russia, Bulgaria, the US and Italy. In 2021 alone she won the first prizes at the contests in Lyon and Dresden. Mariamna Sherling will play the solo part in the Concerto for piano and orchestra by the Norwegian classic Edward Grieg. The program will also feature popular orchestral gems by Grieg, Khachaturian and Prokofiev played by the NPR.

On March 23 and 27, in Belgorod and Kursk, Vladimir Spivakov's orchestra will be joined by soprano Ekaterina Petrova, a graduate from the Samara Academy of Culture and Arts, soloist of the  E.Kolobov “Novaya Opera” Moscow Theater and the Galina Vishnevskaya Opera Center, guest singer at the Bolshoi, awardee of international competitions. The concerts with her participation will present operas excerpts by Puccini, Tchaikovsky, Dvořák and other works.

The “Arts, Science and Sports” Charity Foundation was formed in 2006 by Russian businessman and philanthropist Alisher Usmanov. The Foundation is prominent among the Russian biggest non-commercial organizations which support cultural and social development of the country. Its main activities include Maecenas sustainment of socially important initiatives in the fields of culture, education and sport, also worldwide.