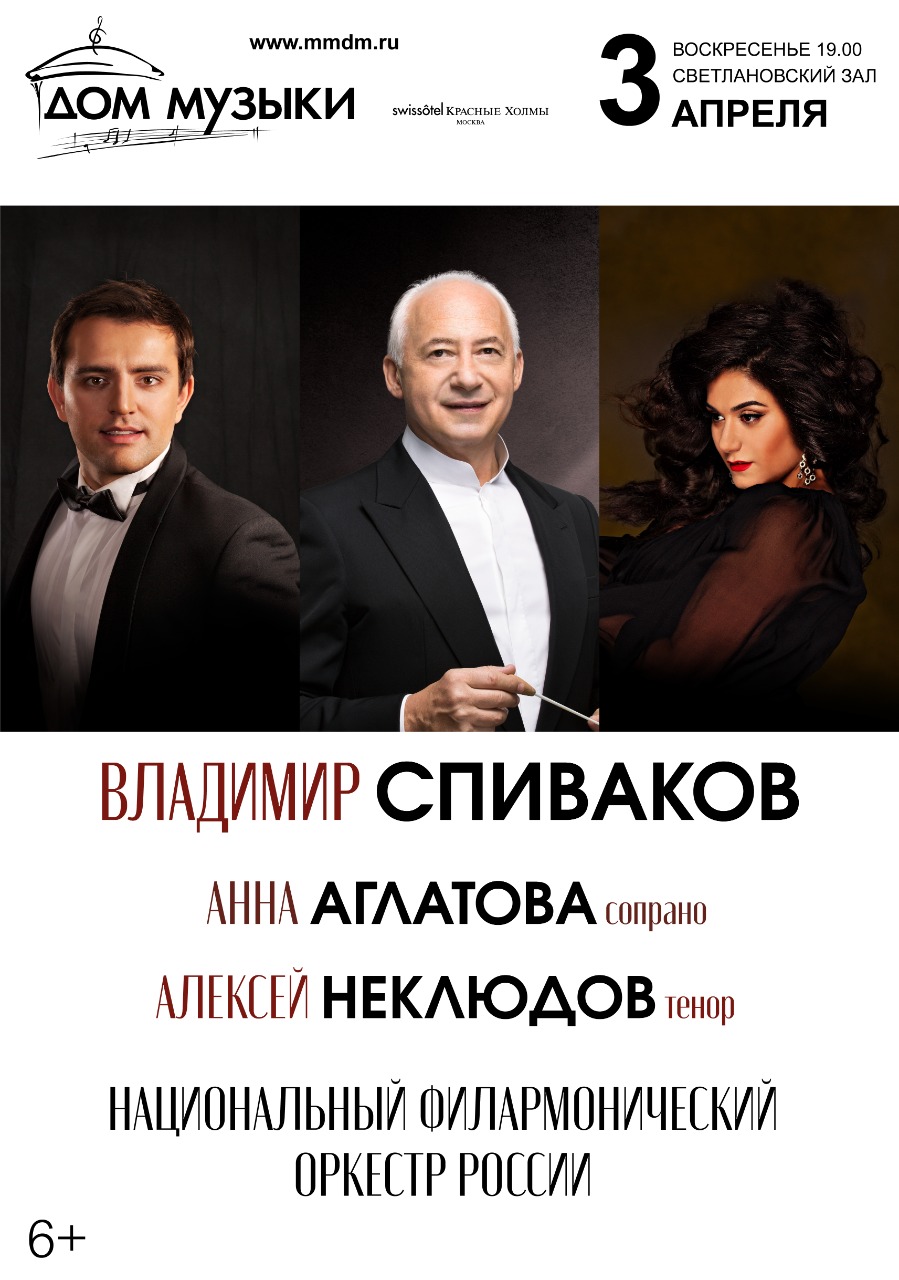 Vladimir Spivakov and the National Philharmonic Orchestra of Russia are completing the “World Opera Stars” subscription series by the concert with Anna Aglatova, The Bolshoi's diva, and Alexei Neklyudov, the “Novaya Opera” Theatre soloist, at the Moscow Performing Arts Center. Both singers have been actively and successfully collaborating with Vladimir Spivakov and his collective for many years. Moreover, Anna Aglatova is a former grant-holder of the maestro's Charity Foundation, whereas Alexei Neklyudov is getting the NPR's grant.

The Bolshoi's leading singer Anna Aglatova is known for her glorious beautiful voice and phenomenal dramatic talents appraised not only in Russia, but also in Vienna, Paris, Basel, Verbier, Amsterdam. New-York, Seoul and other world music centers. She has been nominated for the “Golden Mask” national prize thrice: for her Pamina in Mozart's Der Zauberflöte, Susanna in Mozart's Le Nozze di Figaro and Morgana in Handel's Alcina. 'My range allows for pretty different heriones' - says the singer. 'A tragic Liu in Turandot, a clever beauty Rosina in Il barbiere di Siviglia, and serious enamored Michaela in Carmen... They all are true females! I am trying to embody on stage various characters. However without my own energy they would not have been mine, but estranged, therefore bits of my own spirit and emotions are present in my every role.'

Alexei Neklyudov is a leading tenor at the E. Kolobov “Novaya Opera” Theater, and each his performance discloses his remarkable gifts both vocal and thespian. He has sung in most important  opera houses in Russia (since 2014 he has been a guest singer in The Bolshoi) and Europe (the Zurich Opera House, the Komische Oper Berlin and others), creating vivid characters of Alfredo in Verdi's La Traviata, Tamino in Mozart's Der Zauberflöte, Nemorino in Donizzeti's L'elisir d'amore. Ferrando in Mozart's Cosi fan tutte. Critics especially praise his interpretation of Lensky in Tchaikovsky's Eugene Onegin, his lucent romantic approach, naturalness in the role and excellent singing.